November 9 – Global Day of Action for a World without Walls – this year has been the start for a number of Urgent Letters that will take place over the course of a year. Through our Urgent Letters, written collectively by different oppressed groups, we want to address the various forms of walls of […]

On November 9 2021 – Global Day of InterAction for a #WorldwithoutWalls, join our Urgent Letter and denounce the ‘False Solutions’, the ‘climate walls’, the greenwashing attempts that promote human rights violations as ‘sustainable solutions’. Instead, we propose a simple act to reclaim our memories, actions and visions. Join us as we start connecting by planting memorial trees to […]

Please help protect Palestinians’ right to education and ensure that Israeli bulldozers do not reduce more Palestinian schools to rubble! Following the confiscation of a classroom and a clinic from the grounds of Al-Maleh school; and the confiscation of the metal roofing shade installed above the school’s playground, Palestinians are sounding the alarm about the […]

In many countries around the world, schools have resumed in September. Millions of students are unable to access their schools due to the COVID-19 pandemic. In Palestine, particularly in the Jordan Valley, thousands of students face other challenges than the pandemic that hamper their access to proper education: Israeli apartheid regime. In the Jordan Valley, […]

39 years passed after Israel, in cooperation with the Lebanese phalanges, committed the massacre of Sabra and Shatila. We remember the horrific crime with the same intensity of pain and sorrow as if it has just happened as justice has been done to the thousands of women, men and children who were slaughtered with cold […]

Five days after searching for the six escaped Palestinian prisoners, the Israeli occupation arrested four of them on September 10th and 11th. The re-arrested prisoners Mohammed Ardah (39), Mahmoud Ardah (46), Zakariya Zubaidi (46), and Yaqoub Qadri (49) have been subject to severe torture by Israeli interrogators, since the first moment of arrest. Only today […]

Update, Friday, September, 3: Pregnant Palestinian prisoner Anhar Al-Deek, 25, was released from Israeli jails last night, September 2nd. Her release is on conditions to remain under house arrest and a financial bail of USD12, 500. Please watch a video showing the moment when Anhar was released here. The release of Anhar follows an international […] 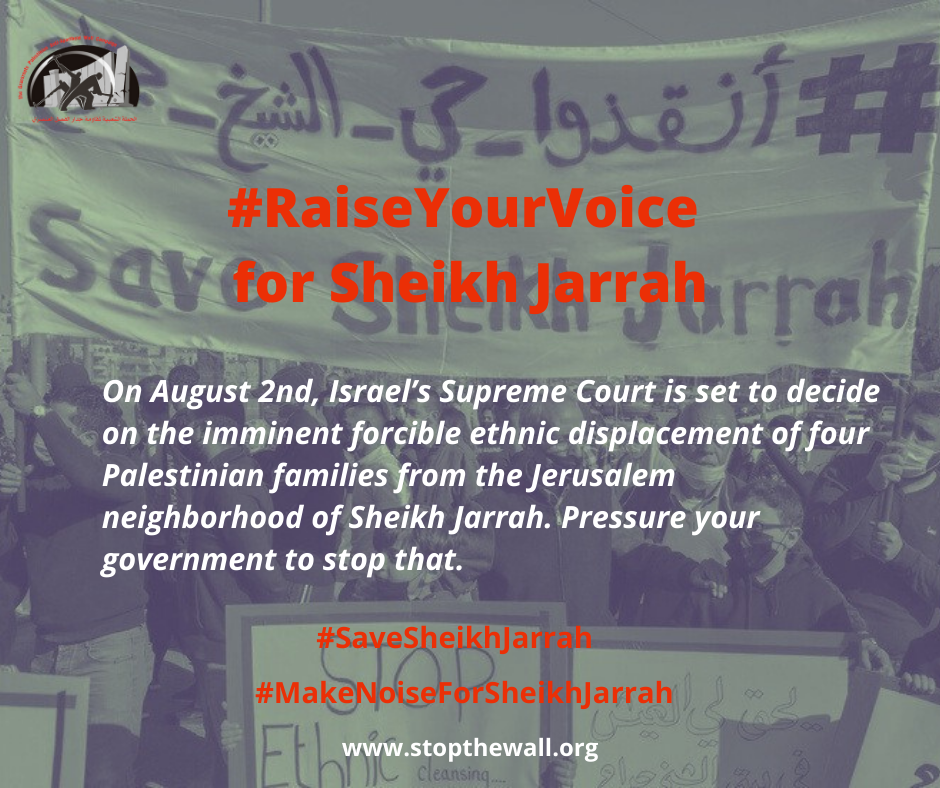