Thousands of Egyptians gathered Friday night in front of the Israeli embassy, continuing a sit-in that has was sparked when Occupation forces killed five Egyptian soldiers near the border last week. Waving Egyptian and Palestinian flags, chanting revolutionary slogans, and launching fireworks at the top stories of the building that houses the Israeli embassy, protesters demanded the immediate expulsion of the ambassador, as well as the severing of ties with the Zionist state. Thousands shouted slogans in support of the Palestinian resistance and calling for the downfall of Israel. 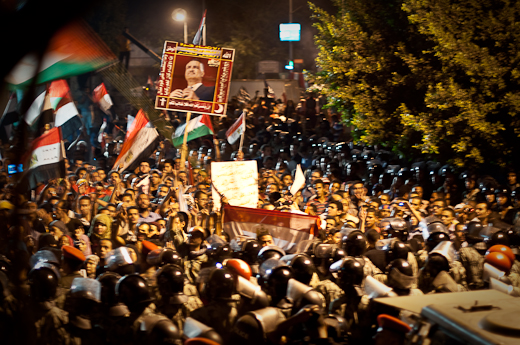 Egyptian security and military forces have sealed off the embassy, holding back protestors from approaching the building. 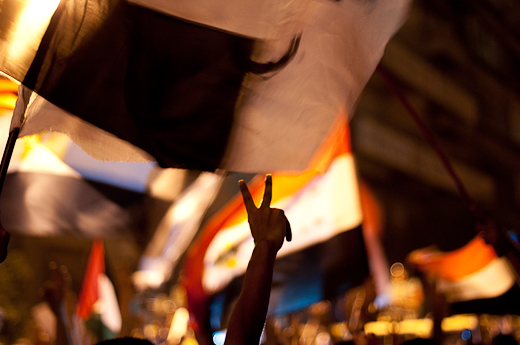 A protestor holds the victory sign, chanting: “Revolution, revolution until victory! Revolution in Egypt and Palestine!” 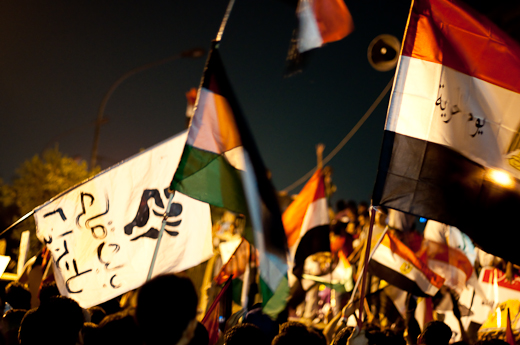 Raising Egyptian and Palestinian flags high, protestors chanted, “The blood of our brothers is not cheap!” and “a million martyrs are coming!” 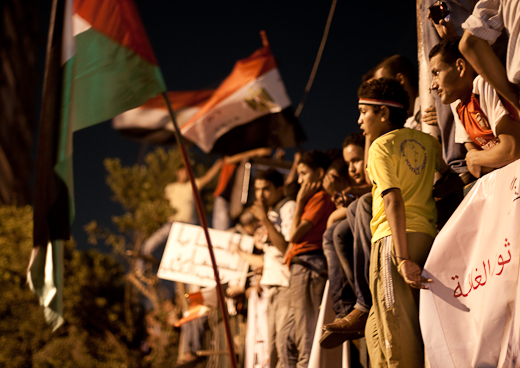 Protestors filled the area in front of the embassy, spilling out onto the streets above. 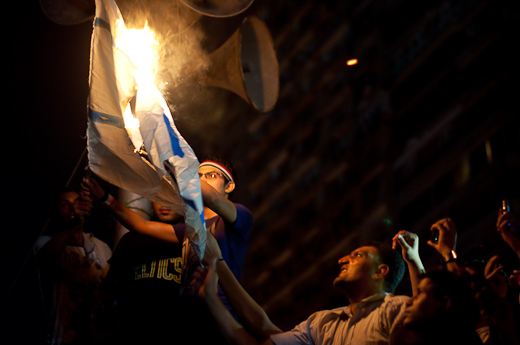 Protestors burn to an Israeli flag. One chant, mocking a speech given by the defeated Qaddafi, went “Zanga zanga, dar dar (alley, alley, house, house), Israel will be set on fire!” 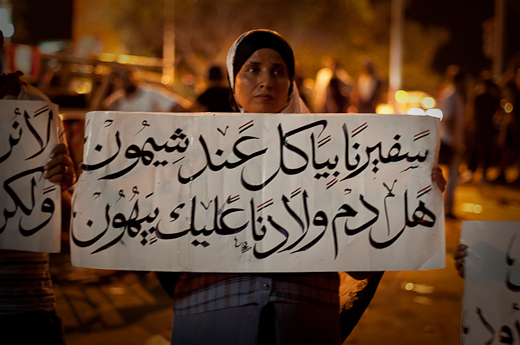 A woman holds a sign that reads: “Our ambassador eats with Shimon (Peres). Does the blood of our children mean nothing to you?” Many demonstrators expressed anger at the military government’s weak response to the Israeli attack on Egyptian soldiers.