MORE
Dark mode
Font size
Follow us
Skip to content
November 4, 2011 (Vienna) – Vigil of Women in Black held a vigil yesterday for two hours, dedicated to the Protest against the Wall and in support of the recognition of the State of Palestine. There was enormous interest from passers-by and the reaction of many people, actually many tourists, on the street was positive towards solidarity with Palestine, evidence that things are changing regarding public opinion!
Below are a few photographs.  Fifteen people, some handing out flyers, some holding posters, two at the information table were involved in organizing the activity.  A film on Bil’in will be screened on the upcoming Wednesday as part of our support.

Several years ago Vigil of Women in Black carried out a signature campaign against the Wall, which was then given to the officials of the Foreign Ministry.  They have taken part almost every year in a protest, at least once a year, against the Wall in Palestine. 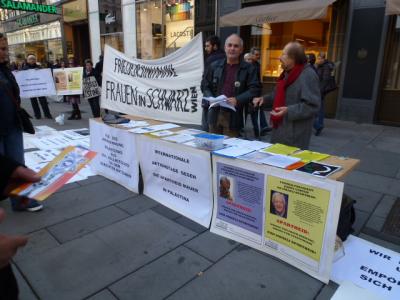 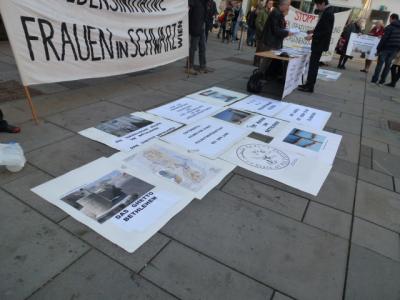 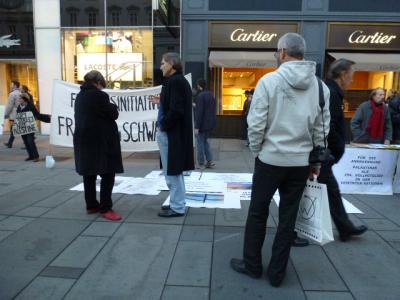