MORE
Dark mode
Font size
Follow us
Skip to content
A report and photos of the action against the Apartheid Wall in Seville, Andalusia, Spain was submitted on November 14, 2011. 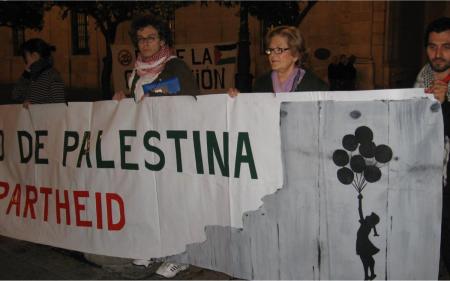 The events in solidarity with the Week Against the Apartheid Wall were called by the Human Rights Association of Andalusia and Palestine Solidarity Platform, both based in Seville.

During the demonstration, pictures of the Wall were exhibited, leaflets and information distributed, and a reading of poems of Mahmoud Darwish was performed. In previous years the Palestine Solidarity Platform has appealed to citizens to denounce and condemn the construction of the apartheid wall.


At other times, they have assembled a performance by building a wall of cardboard, on which people paint graffiti against the wall (pictures of 2009). Finally, activists demolish the wall.
For more information about these organizations, visit: https://palestina.webcindario.com 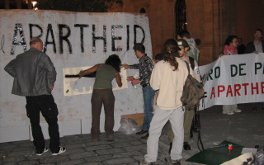 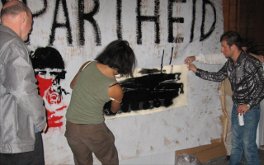 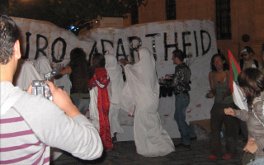