During Israeli Occuaption Forces (IOF) suppression of the weekly march of the residents of Ni'lin, west of Ramallah, dozens of tear gas canisters were fired.

The people of the town of Ni'lin said Friday prayers on their land near the Apartheid Wall and during the Friday sermon the khatib, or person delivering the sermon, stressed the need to stand by the prisoners and called for an end to solitary confinement and the implementation of their demands.

The marchers raised Palestinian flags and chanted against the apartheid wall, proclaiming loudly that the occupation and its mechanism of repression will come to an end, and they saluted the steadfastness of the Palestinian prisoners in Israeli jails.

Upon arrival at the gate of the Wall, Israeli soldiers fired dozens of tear gas grenades over the heads of the marchers, leading to dozens of people being treated for respiratory problems, such as suffocation due to inhalation of the military-grade tear gas. This attack by the Occupation Forces on the march led to the outbreak of clashes between young participants in the march and the soldiers, which continued for hours into the afternoon.

Palestinians for Dignity shut down EUPOL COPPS - Statement from PfD

Occupied Ramallah, September 21 2012–On Friday, the youth group Palestinians for Dignity organized a sit-in in front of the headquarters of the European Union Coordinating Office for Palestinian Police Support (EUPOL COPPS) on Tokyo Street, Ramallah in protest of a series of decisions undertaken by the EU to develop trade and diplomatic relations with the […]

Deir Ibzi, a village located north west of Ramallah, is a village of 13,860 dunams, with only 250 dunams built upon, and with a little over 2000 inhabitants. The village has been called by the name Deir 'Ibzi since the Roman era, and means "place of the well-spoken". It also has the Bubeen Spring that […] 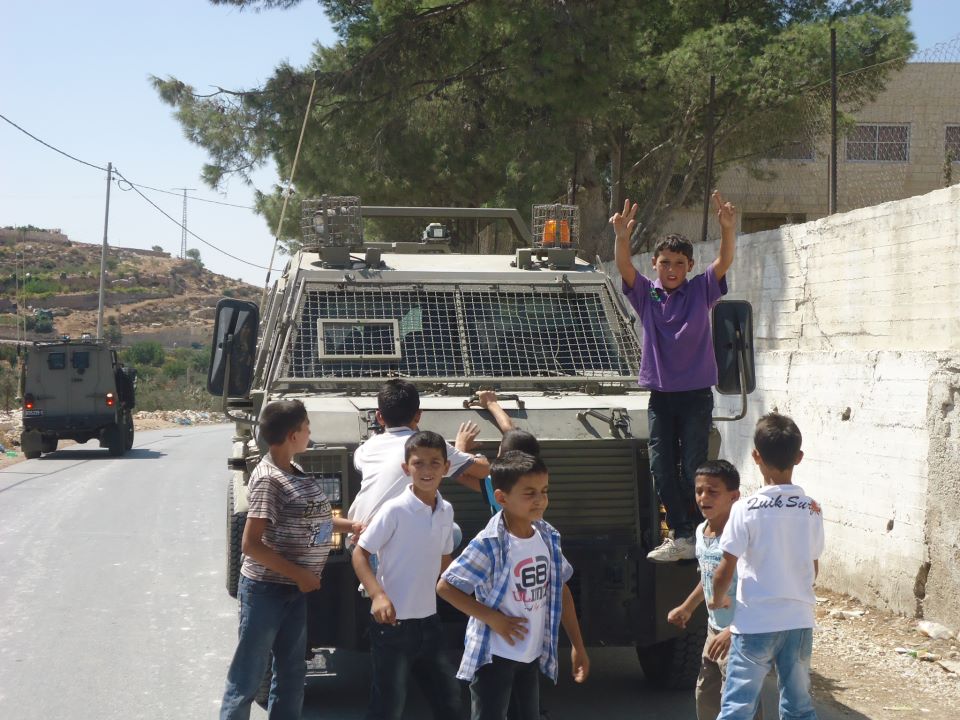 On Friday 14th September 2012 demonstrators from the village of al-Masara gathered for their weekly demonstration against the occupation, where they were confronted by Israeli Occupation Forces (IOF). Situated approximately 13km southwest of Bethlehem, and close to the town of Beit Omar, Al-Masara is an agricultural village that faces great hardship due to the theft […]