Palestinian agricultural organisations today issued an appeal for international civil society to take action to pressure supermarkets and governments to end trade with Israeli companies that operate in settlements, which finances and rewards settlement expansion and other violations of international law. You can read the appeal issued by Palestinian farming organisations and accompanying briefing entitled Farming Injustice with background information at https://www.bdsmovement.net/2013/palestinian-agricultural-org-call-10515

" Israeli agricultural export companies such as Mehadrin and Hadiklaim participate in Israel’s colonisation of Palestinian land by using stolen Palestinian water and growing cash crops for export markets in illegal settlements established on land in the occupied Palestinian territory from which Palestinian farmers have been driven. Such companies also profit from the siege on Gaza.

The booming international trade with companies that operate in and export from settlements enhances the viability of Israel’s illegal settlement enterprise. It also encourages and finances the expansion of settlements and the continued dispossession of Palestinian framers."

It further underlines the global dimension of the Palestinian cause a part of a common struggle for food sovereignty and against the domination of the multinational corporations:

"As the global food system has been shaped in the narrow interests of large multinational corporations, millions of farmers and indigenous people have faced exploitation and the destruction of their communities. We stand in full solidarity with all those who are also fighting for the right to their land and the freedom to make their own choices about food production, trade and social and environmental sustainability. Let us join together in a struggle against occupation and dispossession and for freedom, justice and equality."

Concrete action on the ground has been organized by Palestinian farming organisations and campaigners in more than 40 European cities today. Demonstrations are calling for governments and supermarkets to end trade with Israeli agricultural export companies over their role in the destruction of Palestinian agriculture.

In the West Bank, actions have been taking place, culminating on a conference on building the boycott of Israeli agriculture on Monday in Salfit.  In Gaza, farmers and fishermen have been holding demonstrations throughout the week and hundreds of people today marched towards the buffer zone near the border with Israel, where regular attacks and incursions by the Israeli military force farmers to abandon their land or take huge risks to tend to their crops (photos: https://bit.ly/12BfjSF).
In Europe, many of the 40 protests that took place targeted Mehadrin, a large Israeli export company that supplies citrus fruits, dates and other fresh produce to supermarkets across Europe. The company operates in illegal Israeli settlements, is involved in the theft of Palestinian land and water and employs Palestinian workers forced to work in illegal settlements in unsafe conditions for as little as €11 per day.

A large demonstration is due to be held outside Mehadrin’s Swiss distribution centre this afternoon and the company will be protested as it participates in a major fresh produce show in Berlin.

In France, activists occupied the customs office in southern French city Montpellier to protest the nearby port of Sète being used to import produce from Israeli companies such as Mehadrin that operate in illegal Israeli settlements. More than 50 campaigners occupied the offices for more than an hour.

Protests were also held at supermarkets in more than 14 other French cities and in Italy, Belgium, Luxembourg, Sweden, Germany, Switzerland and the Netherlands.
In the UK, campaigners picketed more than 30 stores of major supermarket Sainsbury’s as part of a new campaign aimed at pressuring it to cut its ties with Mehadrin and EDOM, another Israeli company operating in settlements. The UK’s fifth biggest supermarket The Co-Operative Group last year announced it would no longer source products from any supplier that operates in illegal settlements and cut ties to four Israeli companies following pressure from its members.
A British businessman yesterday announced he would resign as chair and sells his shares in Israeli settlement exporter EDOM following concerns raised by campaigners.

In Argentina, activists have released a video calling on the boycott of the Israeli agro-technology companies present in the country. See: https://www.youtube.com/watch?v=G3uxGaS7OiM 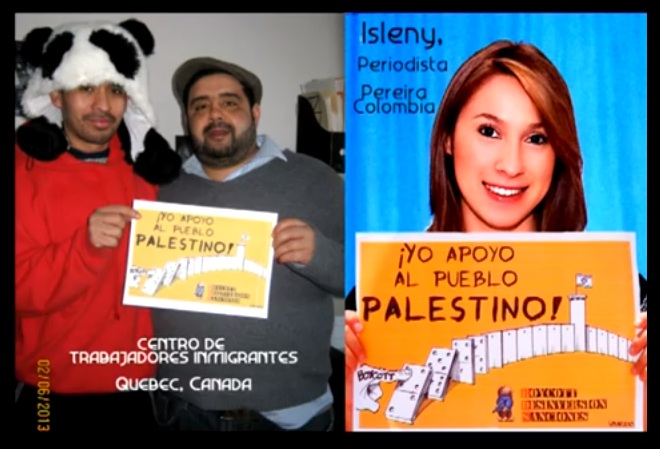 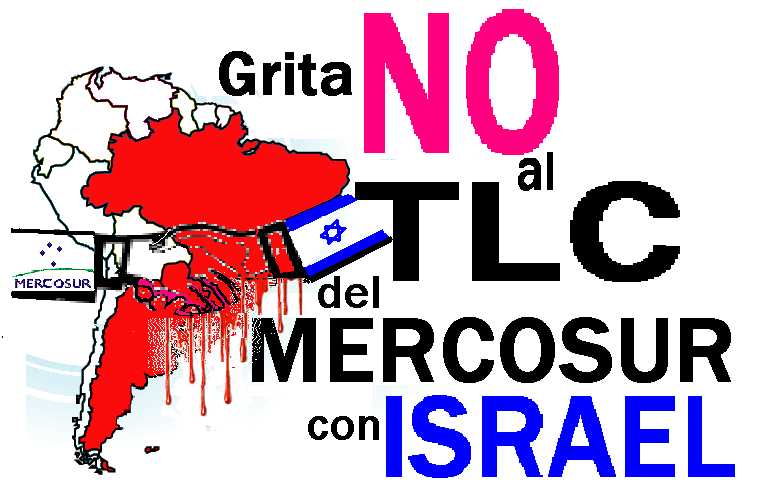 Click here for the Spanish version. Click here for the Portuguese version.  Last Sunday, the Summit of the Peoples of Latin America, the Caribbean and Europe came to an end in Santiago de Chile taking place in parallel with the Summit between the Community of Latin American and Caribbean States(CELAC) and the European Union (EU). Movements, unions and organizations from […]

Third update on the detention of Hassan Karajah

The occupation courts have forbidden Hassan Karajah's lawyer from seeing him until Sunday, February 10 2013. In the meanwhile international pressure is growing. European governments are alerted about the case and international civil society is mobilizing. Amnesty International has released a statement on Hassan Karajah asking their members and concerned citizens to address Israeli authorities […] 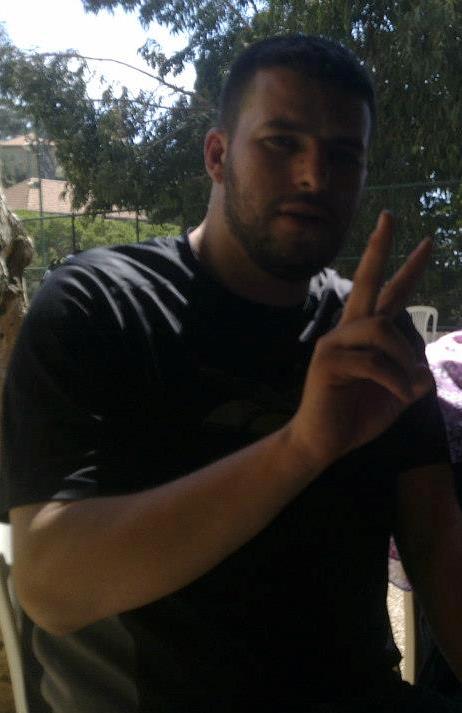 In the early hours of Wednesday 23rd January 2013, Israeli Occupation Forces (IOF) arrested Hassan Yasser Karajeh, the Stop the Wall youth coordinator and a well known young human rights defender, violently breaking into his home in the West Bank village of Safa, west of Ramallah. We are gravely concerned to hear reports of Mr […]