Last Thursday, the Israeli military court in Jalamah prison has decided to extend the interrogation period for Hassan Karajah for another 11 days. The lawyer has immediately appealed the decision and today was another hearing scheduled. No decision has been communicated to the lawyer so far. 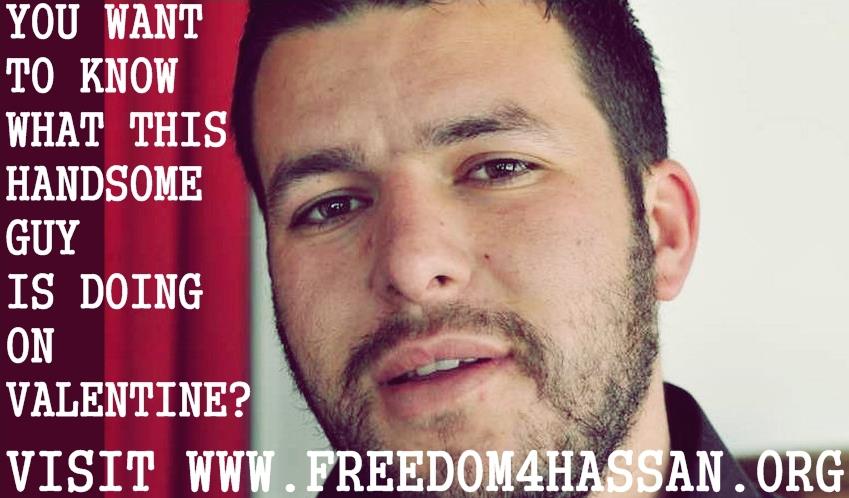 On Thursday many people were watching the miliary court: Many more people than those that could find space in the court room were willing to apply for permission to be present as observers and witnesses. European diplomatic officials were attending the court hearings. On twitter, many people followed the proceedings.

In the evening of the same day in Jenin (close to Jalameh) dozens of people were holding a protest in solidarity with the Palestinian prisoners and highlighting some of the most symbolic cases, among them Hassan Karajah. For pictures see: https://www.facebook.com/media/set/?set=a.519029238148637.131843.100001246975069&type=1 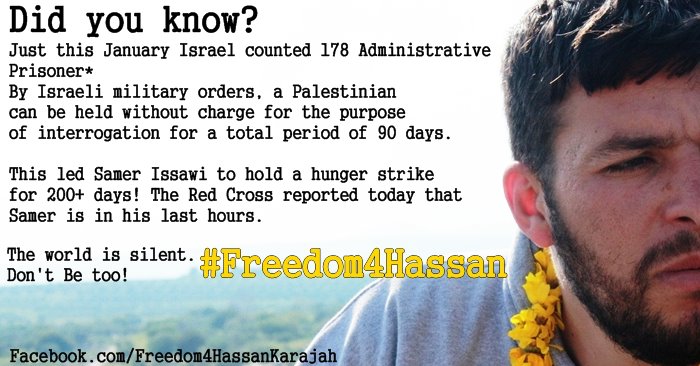 Many other Palestinians are held in prison, among them Samer Issawi, who is since more than 200 days on hunger strike against his incarceration without charges.

We ask you to help us spread the call for Hassan Karajah's immediate release and freedom for all the Palestinian prisoners in Israeli jail. Please, use your social media tools and organize actions in your groups.

You can use some of the below sentences to tweet: