The legacy of Chavez lives on in the anti-imperialist struggle around the globe!

To the people of Venezuela,

with deep sadness we have heard the news of the passing away of President Hugo Chavez Frías, an exceptional leader, fighter against imperialism and for the self-determination of the people.

We give our condolences to his family, those that were closest to him and all those that are mourning his passing away today.

For Palestine, the Bolivarian process impulsed and lead by President Chavez has given hope that change can be possible. The courageous support of our rights and our cause by the Bolivarian republic of Venezuela and the inspiring words of its President Chavez are important corner stones of international solidarity. The Palestinian people will not forget that it was president Chavez to order the expulsion of the Israeli embassy from Venezuela during the 2008/9 Israeli attack on Gaza that has left over 1400 Palestinian killed. We will not forget his words when he stated in the same period: “The world stands idle! Think a bit in what shape the world is today…. Venezuela no, Venezuela rises up as a people that demands peace for the Palestinian people, respect for Palestine!”

In the government of Hugo Chavez and among the movements and organizations that are building the Bolivarian process, Palestine has always found full solidarity. There are not many countries around the world where government institutions would welcome Palestinian movements with open arms and ministers would open meetings with “You need to know, here we are all anti-zionists here. How can we help you?” and close them with “A la orden! (at your orders)”.

Today we say to the Venezuelan people, to all those that for over a decade have built together with the president the Bolivarian process: “A la orden!” The Palestinian movements stand in solidarity with you, your pain, your struggle and the call for a socialism of the 21st century.

We know that you will be facing difficult times, American and Israeli interest will interfere even more heavily than before in the efforts of your people, attempting to block the way of Venezuela and Latin America towards independence, justice and international solidarity against imperialist and colonial oppression. Reactionary forces of all sorts will attack. We are acutely aware that the future of Venezuela will not only affect you but people’s struggles all over the world. Today more than ever we have to stand together.

We trust in the capacity of the Venezuelan people to continue the Bolivarian process. President Hugo Chavez Frías was an unforgetable leader with great determination. However, the Venezuelan people have shown already more than once that in difficult times they stand together and rise up to protect and strengthen the Bolivarian process. United we can win! United we will overcome colonialism, imperialism and capitalist exploitation!

Chavez lives on in our struggle! 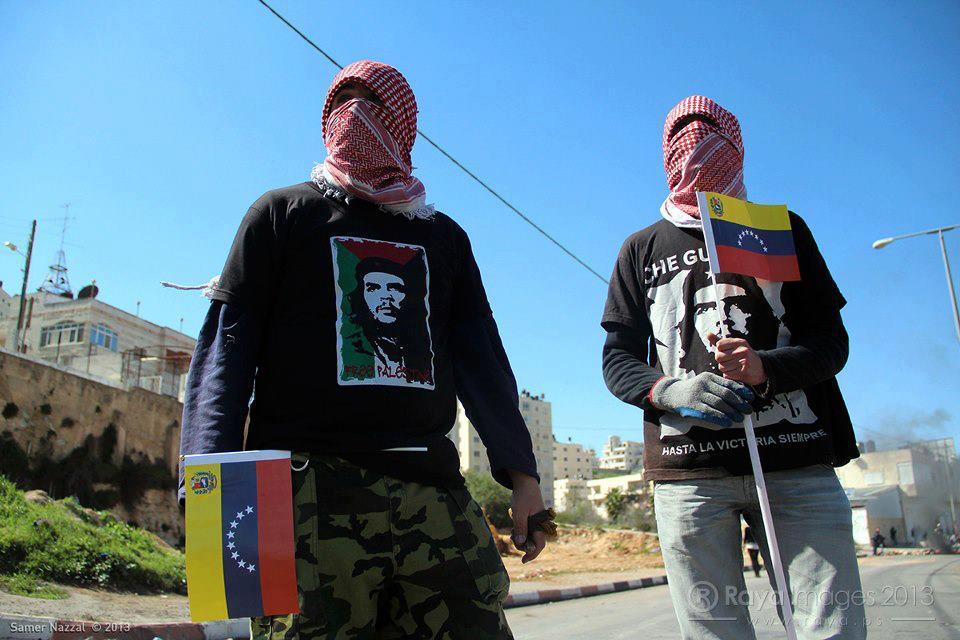