The occupation government is carrying out a process of ethnic cleansing in the Palestinian territories in full view of the rest of the world.  Settlement expansion is happening at a ferocious rate alongside land confiscation and daily attacks by the Israeli army and settlers against Palestinian citizens and their property. 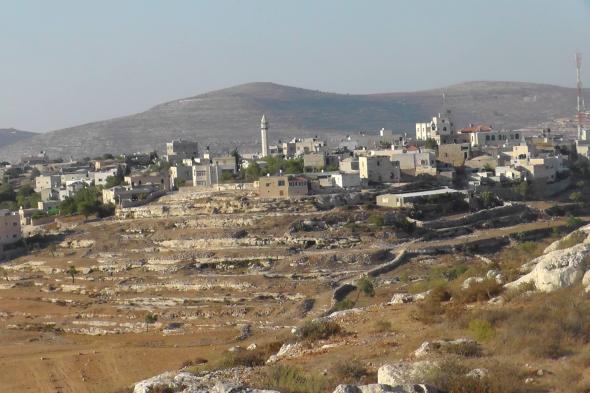 Qaryut is 26 km from the city of Nablus and about the same distance from the city of Ramallah, i.e. half way between the two cities. It has a population of nearly 3,000 people, working mainly in agriculture, the most important crops being peaches, grapes, figs and olives, along with vegetables and pulses. Qaryut is the village’s original name, dating from the Roman era when it was first built, and according to the book History of Palestine the name means “compound of villages”.

In 1948 the village had a population of about 920 citizens; by 1995 this number had reached 5022 citizens (1621 residents and 3442 in diaspora outside the city). The estimated area of the village is 20,000 dunams (1 dunam = 1000m2); 14,000 of which are located within area "C" according to the Oslo agreement. However the area that villagers can actually build on and expand is only 360 acres. Qaryut is one of the Palestinian villages systematically targeted by the occupation army and settlers. For years thousands of acres of land have been confiscated for the construction and expansion of settlements. 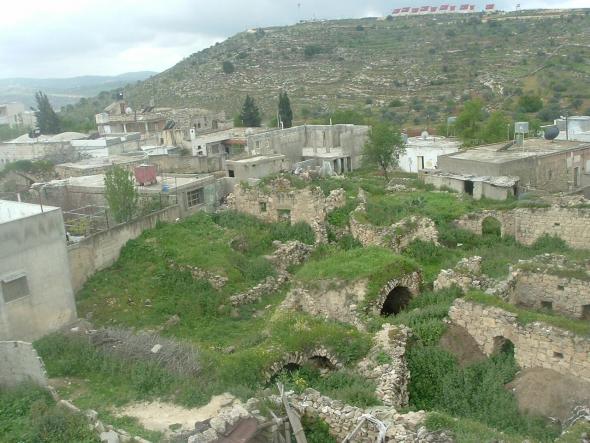 The reality of the settlement in Qaryut

Settlements now surround the village on all sides, stifling it and killing any possibility for the natural expansion of the population – a most basic human right. The aim of this process of settlement expansion is to displace the population and make living there impossible. They also hope to join these settlements with those in the surrounding area forming an agglomeration that will reach from the Ariel settlement (second largest in the West Bank) down to the Jordan Valley 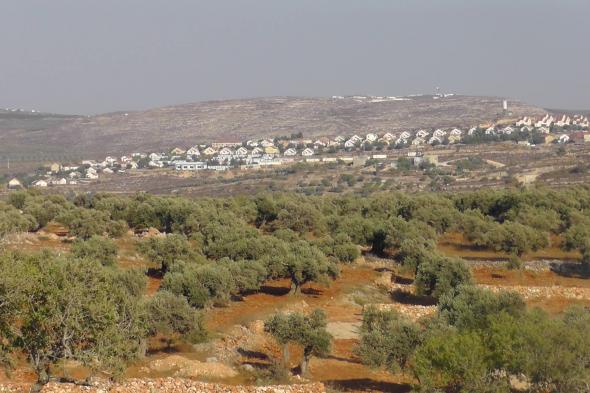 The picture of the process of ethnic cleansing and displacement and theft of land and resources carried out by the Israeli government and settlers is not complete without talking about the daily attacks that Palestinians are subjected to. Settlers attack both their land and property (uprooting and burning trees, stealing olive crops, leaking sewage onto agricultural land, etc.) and use any means possible to facilitate the land grabbing and terrorism which is a fundamental pillar of the state of Israel 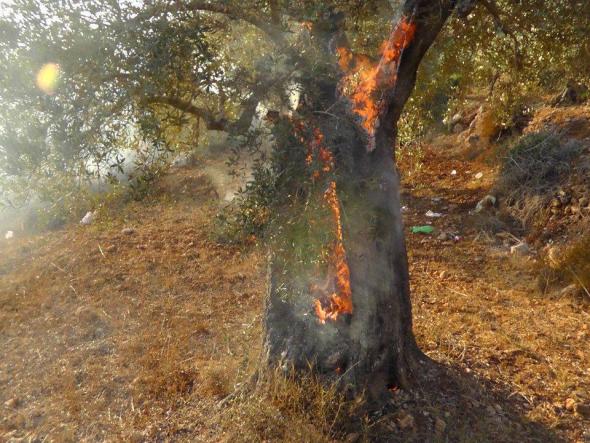 In November of 2012, Israeli occupation forces closed the main road to the village from Ramallah meaning that residents had to travel and extra 25km, i.e. twice as far to reach their village. Recently occupation forces also confiscated a further 1000 dunams in order to link the settlements Hioval and Shilo in the first phase of the Israeli project to link up all the settlements 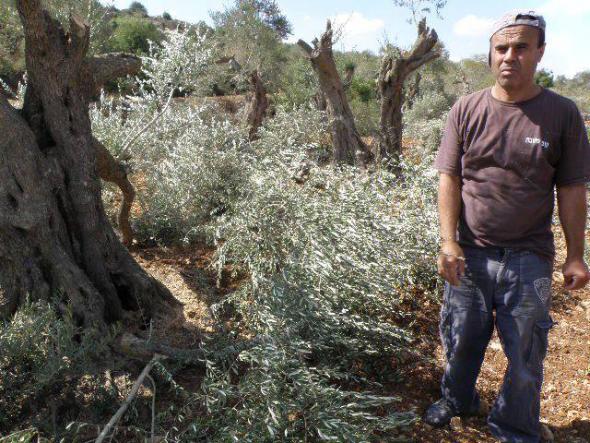 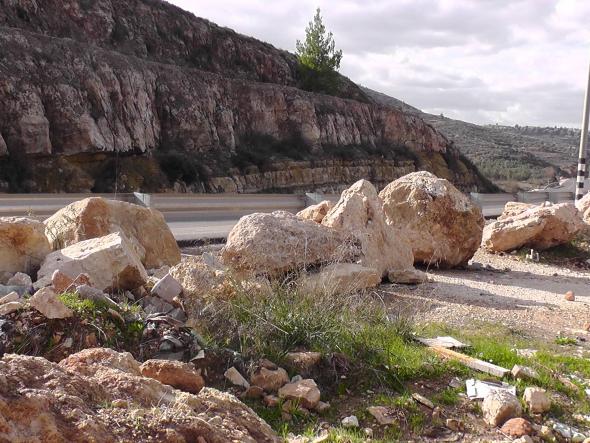 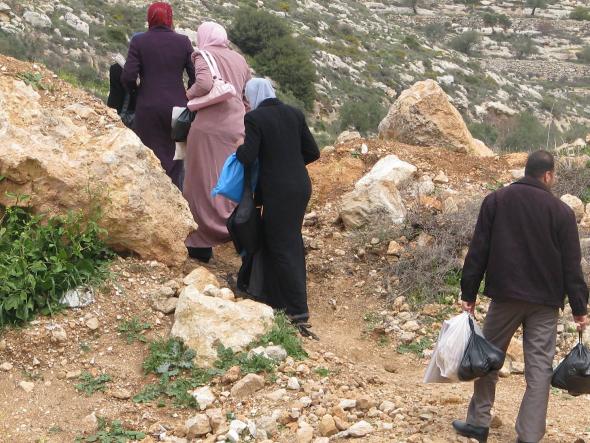 Gaining control of water sources is another extremely important goal for the Israeli government and settlers. Settlers have taken control of three of the five springs in Qaryut and the remaining two are threatened with confiscation. 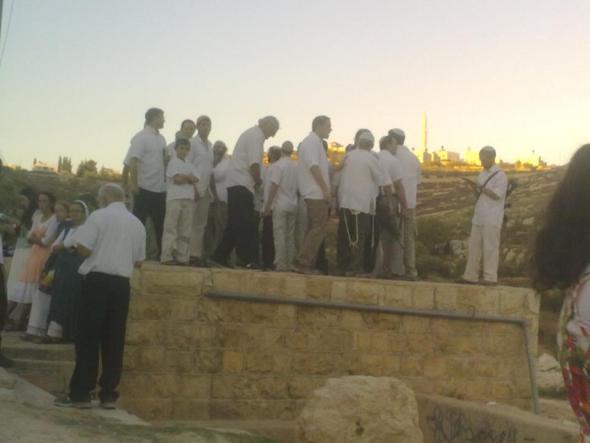 Qaryut people in the face of the policy of ethnic cleansing:

Since the closure of the main road to the village in 2012 the people have organized various events as part of the popular Campaign against the Wall and Settlements. Through weekly demonstrations they have succeeded in reopening and using the road more than 100 times even though the occupation army returns and recloses it each time. 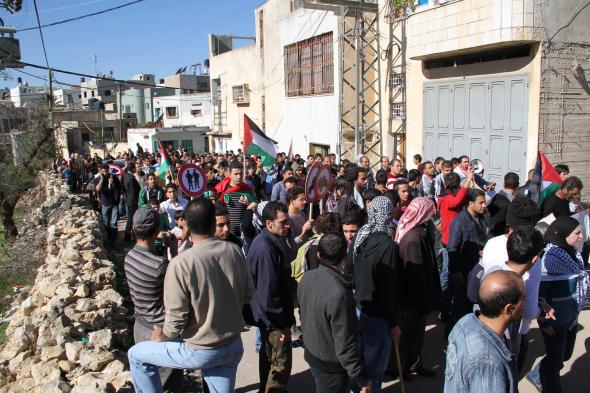 The people of the village also continue to reject the settlement expansion and land seizure through popular events despite the fact that demonstrations are suppressed with tear gas and sound bombs. 15 young people from the village have also been arrested