Thousands of people all over Palestine have participated in the angry demonstration against the Israeli ‘Prawer plan’. The organizers estimated the number of protesters to be more than 10,000 participating in the Day of Anger. Stop the Wall had organized a protest in Ramallah in coordination with the anti-Prawer Plan Committee based inside the Green Line.

Demonstrations were organized in Haifa and many other places inside the Green Line as well as in Al-Qud/Jerusalem, Hebron, Gaza, and Ramallah. Occupying forces have arrested more than 30 demonstrators including children. They have suppressed the demonstrations by shooting bullets, tear gas, and skunk water, resulting in injuries to the demonstrators. Palestinians in the diaspora and solidarity activists organized demonstrations against Prawer plan in Cairo, Amman, Tunis, Beirut, Kuwait, Berlin, Washington, Paris, London, and many other cities around the world.
The Prawer plan aims to displace 70 thousand Bedouin Palestinians from the Naqab/Negev, and to confiscate 800,000 dunums of land. This project gives Israeli forces the authority to use force to displace Bedouin Palestinians and criminalizes and punishes any Palestinian from the Naqab who refuses to comply with the plan with up to three years imprisonment.
Legal experts affirm "that the plan is discriminates on the bases of race in its entirety; it deprives the Palestinians of their rights and their historical ownership of their land, in order to use it to expand and build new Israeli settlements. This amounts to a crime against humanity and clearly violates the Rome Statute". 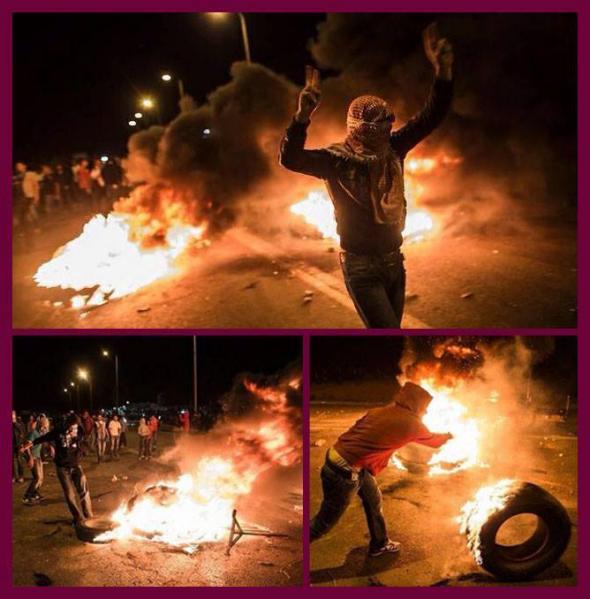 Huda Abu Ebeed a law student and an activist against the Prawer plan says, "Israel deals with us as if we were objects it can move and replace, not like humans who have a historical relationship with their land" Abu Ebeed adds "the scheme deprives the Palestinians of their essential human rights, the right to property, and the right to freely choose one's place of residence; but we will never succumb to this racist scheme, we will continue to reject and resist it". And about the Bedouin Palestinians in the Naqab she says "that Prawer Plan prevents Bedouin Palestinians in the Naqab from living in, or owning properties in the areas west of street number 40". Abu Ebeed wonders: "How to reconcile and understand this unjust project? While Israel claims that this project aims to ensure a better life for the Palestinians from the Naqab, the plan provides for building new Jewish villages on the ruins of the Bedouin Palestinian villages." 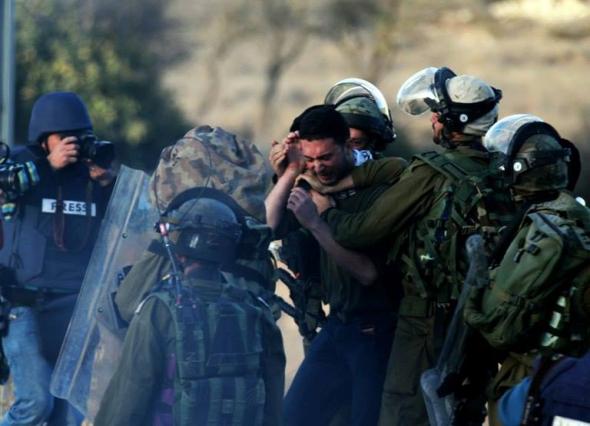 Fadi Al Obra is also an activist against Prawer plan and argues that Israel entitles the Prawer Plan as the "plan for the Bedouin settlement in the Negev". Yet, the fact is that the entire plan doesn't have anything to do with settlement. The title is just a distraction. The plan shatters the Bedouin Palestinians' presence in the Naqab". He adds  that "we as Bedouin Palestinians live off and on the land, our entire way of living is connected to it. We can't be displaced without insurance of livelihood and the same way of living. This is exactly what the Israeli government doesn't want to grant us: it wants to execute the scheme that serves its interests regardless of our presence". 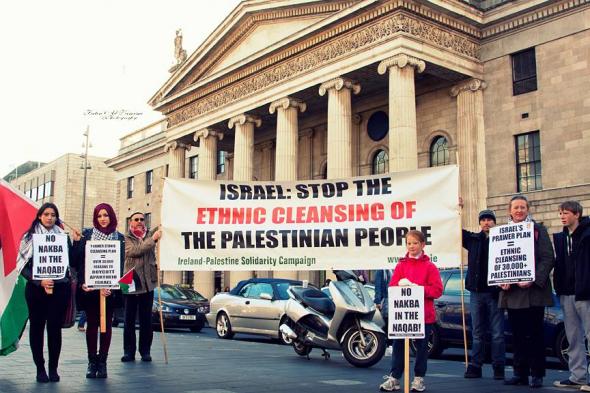 Inside the Green Line the protests haven’t been limited to one day. Since more than a month the Palestinian villages and cities have been holding vigils in more than fifty villages and cities; Palestinian students from in the Israeli universities joined the vigils. The Israeli security apparatus has repressed these protests with continual campaigns of detention, and investigations to intimidate the activists and to stop the activities that have started to indicate vehement local opposition to Israeli apartheid.