The Stop the Wall Campaign, the Palestinians Farmers’ Union and the Land Defense Coalition, in cooperation with the committees in defense of Hebron, organized and hosted Palestinian groups from the Palestinian occupied territories of 48 to engage in voluntary work in areas threatened with land theft in the village of Surif in Hebron.

Participants in the event included the family of the freed and now rearrested prisoner Samer Issawi from the village of Issawiyya in Jerusalem, the family of the two prisoners Ibrahim and Yasin Bakri from the village of Bana in the Galilee, the family of Salwa Zaydan from Akka, and Umm Ahmad from Akka who faces the threat of having her home confiscated by the Israeli occupation. Also, a large group of activists from across West Bank, and the Hebron-area in particular, participated in the action.

The activist Jihad Abu Riya coordinator of “Falastenyat,” the Palestinian 48 activist group, said: “Our meetings are usually exciting and impressive, but this particular event in Surif was especially powerful. The meeting organized between the olive fields– which had the goal of supporting resistance against the colonization of land in Surif, and in the surrounding areas by settlers and the apartheid wall – also took up the issue of Palestinian political prisoners, with the presence of family of Samer, Shirin and Madhat Issawi from Jerusalem, and the family of the prisoner Ibrahim and Yasin Bakri from Be’na in Galilee. The event also confronted the ongoing settler colonial aggression against Palestinian farmers, the threat of displacement from their land and the violence of ethnic cleansing caused by the process of Judaization underway in the Jerusalem and Hebron areas.”

The meeting, which dozens of activists from the 48areas, the West Bank and Jerusalem participated in, stressed that our issues are one and the same, whether we are talking about the suffering of Surif, the other villages and cities in the West Bank, or the suffering 48 Palestinians have endured for over 66 years, we are dealing with the same settler colonial system of oppression. Abu Riya added: “Our children met activists, such as the mothers of Samer Issawi and Ahmad Zaidan in the olive fields, which is the best national education they can get.” He also thanked the Stop the Wall campaign, the Land Defense coalition and Defending Hebron Committee from Hebron and all of those who participated in these activities, stressing the important influence this event had on the participants.

Coordinator for the Stop the Wall Campaign in Hebron, Yousef Tamizi, said “we will continue in this campaign to defend the rights of our Palestinian people on our land, and protect the sacred olive trees from settlers, through actions such as this which brought together Palestinians from Acre, Nazareth, Be’na, Jerusalem, Haifa, Hebron, Bethlehem and from all over the West Bank. We gathered together to stand against the suffering and oppression of our people. On this earth of ours that extends back thousand years, like the olive trees that speak to our souls, we will protect our land from settler attacks, we will protect our identity and our children and to tell them they are: You are not alone.”

This event is part of the campaign “You are not alone” organized by the Stop the Wall Campaign, the Palestinian Farmers’ Union and the Land Defense Coalition, which is now in its eleventh consecutive year. The campaign was launched in October and will continue until the beginning of November; it is being carried out in several areas threatened with land confiscation, in all of the West Bank’s provinces. 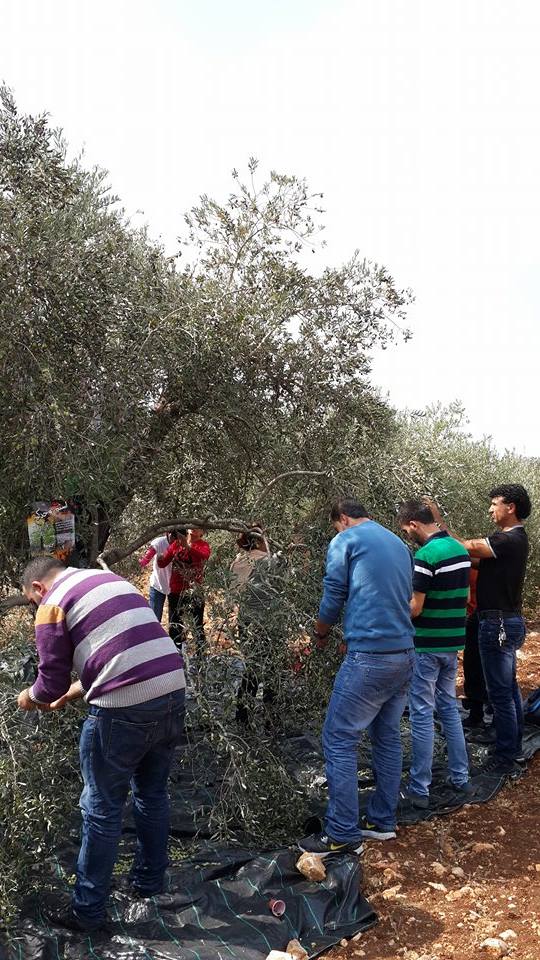 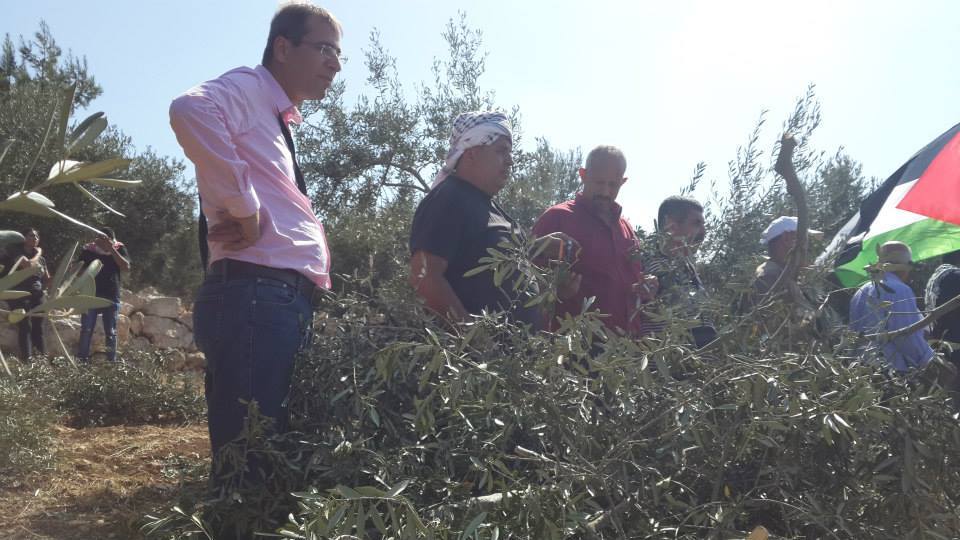