On January 2, Palestinian activists discovered the fields of Khirbet Twael where covered with different types of explosive devices. The discovery was made as they were implementing a land reclamation activity in the lands owned by many families from the villages of Aqraba and Khirbet Twael.

They were planting olive trees to defend the lands from confiscation and as part of the annual activity to mark the foundation of the Jewish National Fund promoted by the StopJNF campaign. 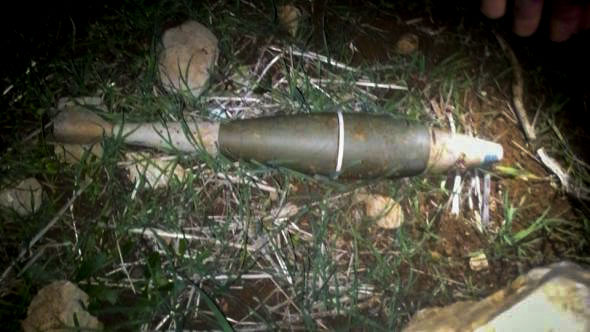 Last year, Khirbet Twael has been faced eight times with incursions by Israeli military in order to carry out demolitions. The demolitions have targeted among others the mosque, the electricity network and water pipes. During the last week of December 2014, the Israeli military had announced the whole area of Khirbet Twaiel an area of military training. For one week the lands of the village had been declared a military zone. During this time the residents of Khirbet Twael were caught in the middle of an artificial battle field with tanks moving within their residential area, heavy shooting at night and the use of ammunition of all sorts. Residents of Khirbet Twael consider the fact that their fields are littered with explosive devices and non exploded ammunition part of the aftereffects of the week of full scale war the Israeli military had put on stage in their village for a week. 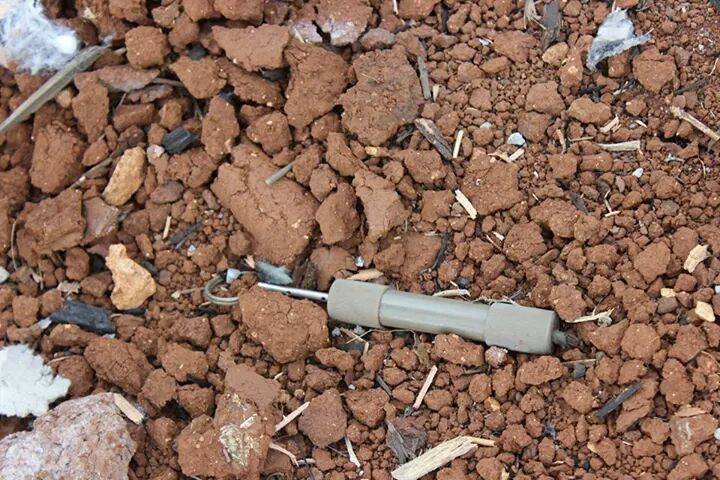 When farmers entered their lands, they initially discovered metal wires in the field. Following the lead of the metal wires, they realized that each of them was connected to devices that have since been recognizes as fuse igniters M60 or M81. These devices were places every 300 meters along a line of three to four kilometers, linked to each other and each connected to pipes laid out in the fields. Upon some investigation, other residents related that they had actually seen some of those pipes exploding. The real nature of the explosives structure and the rational behind this is still unclear to the residents. Some suggest the pipes where to model 'tunnels' and the Israeli army had tested new methods against the people in Gaza on their fields. M81 fuse igniters are produced by MAST Technology, based in Kansas. There might be other companies producing similar devices as well.

Other military devices, or parts of them, that are dispersed in the fields are still completely unidentified. 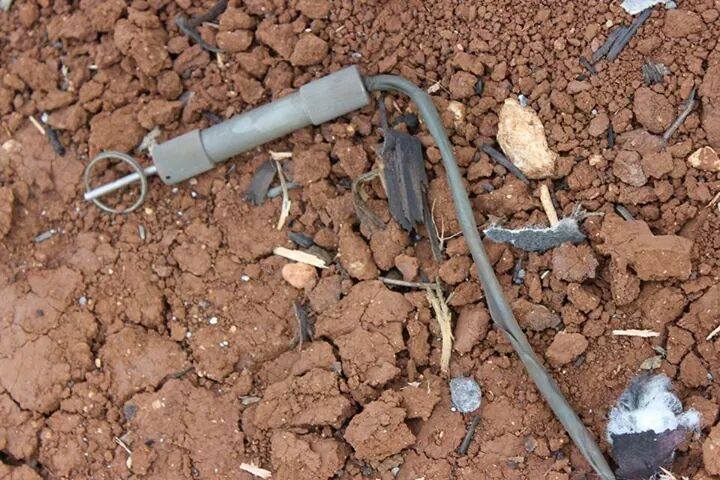 Since then, parts of the above mentioned system of interlinked explosives and pipes have been taken away, while other parts as well as the mortar bombs and unidentified military objects are still in the fields.

The Stop the Wall Campaign,states:

“The fact that the Israeli army at whim uses Palestinian fields for their explosive and other military tests and with this the facto transforms them into minefields is unacceptable."

Whether Israel uses proper anti-personal mines or litters fields with all sorts of explosive, this is a tool of expulsion and ethnic cleansing against our people and is an integral part of the system of apartheid, colonialism and occupation. Who takes even a step outside the all encompassing boundaries that Israel imposes on our movements, literally risks his or her life. 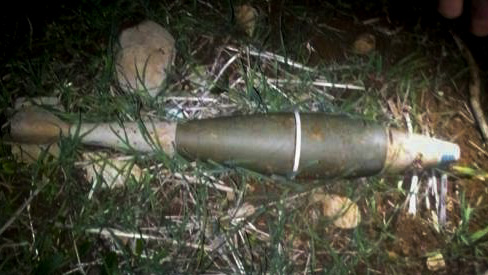