They are fighting to preserve the right to their own land in Abu Dis, West Bank. A group of Palestinians are gathered every night to fight for their land.

Watch the video
This is the fifth time this week. The fifth time that the people build this small house, with three walls and a tent-like roof. And, most likely, this night it will be destroyed once more by the Israeli government – and rebuilt tomorrow morning by the Palestinians. 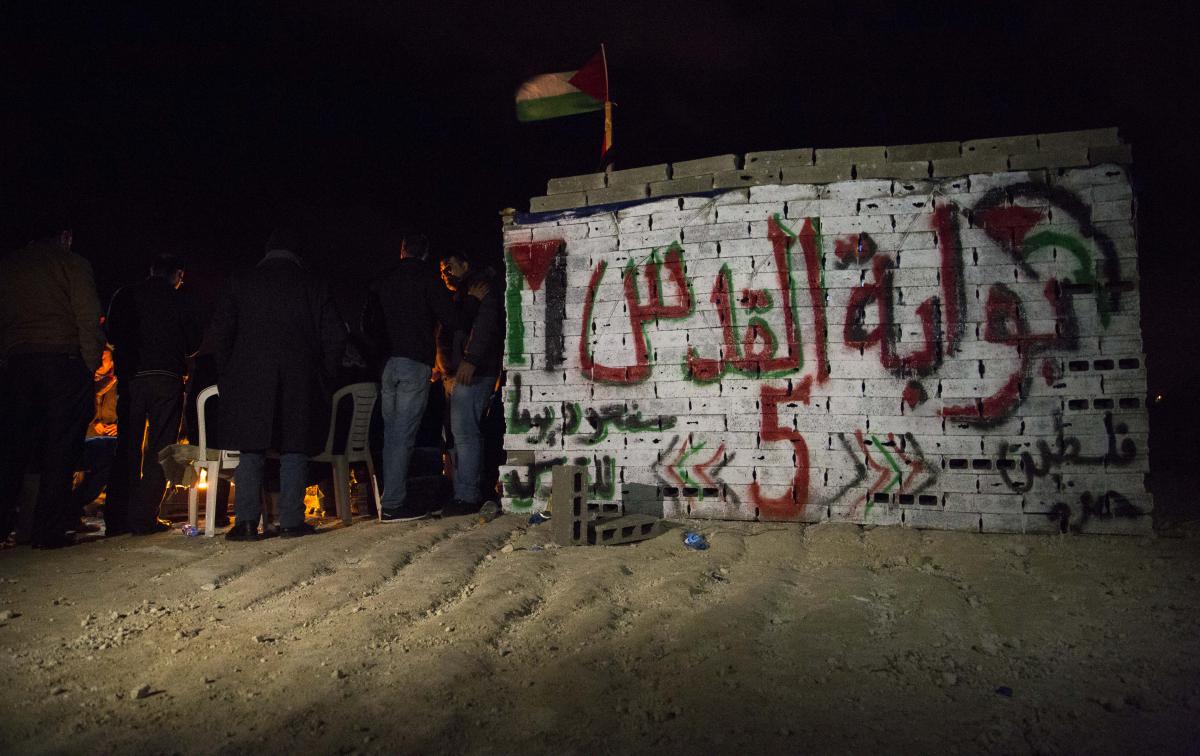 Why Israel wants to do this?

These people are gathering on this piece of land every day since the beginning of the week for a political reason: they want to stop Israel from relocating Beduin communities from the vast area between East Jerusalem and Ma’ale Adumin settlement to this tiny piece of land, near Abu Dis. The main objective, according to the E1 Plan, is to ethnically cleanse what Israel refers to as ‘Greater Jerusalem’ and populate the area with Israelis, expanding even more the occupied land over the West Bank, many kilometers away from the Green Line as determined by the UN in 1949. In the bigger picture, it is part of Israel’s efforts to split the West Bank in three disconnected areas, divided by Israeli settlements, the Wall and strict controls through military checkpoints – therefore killing any perspective of a two-state solution. 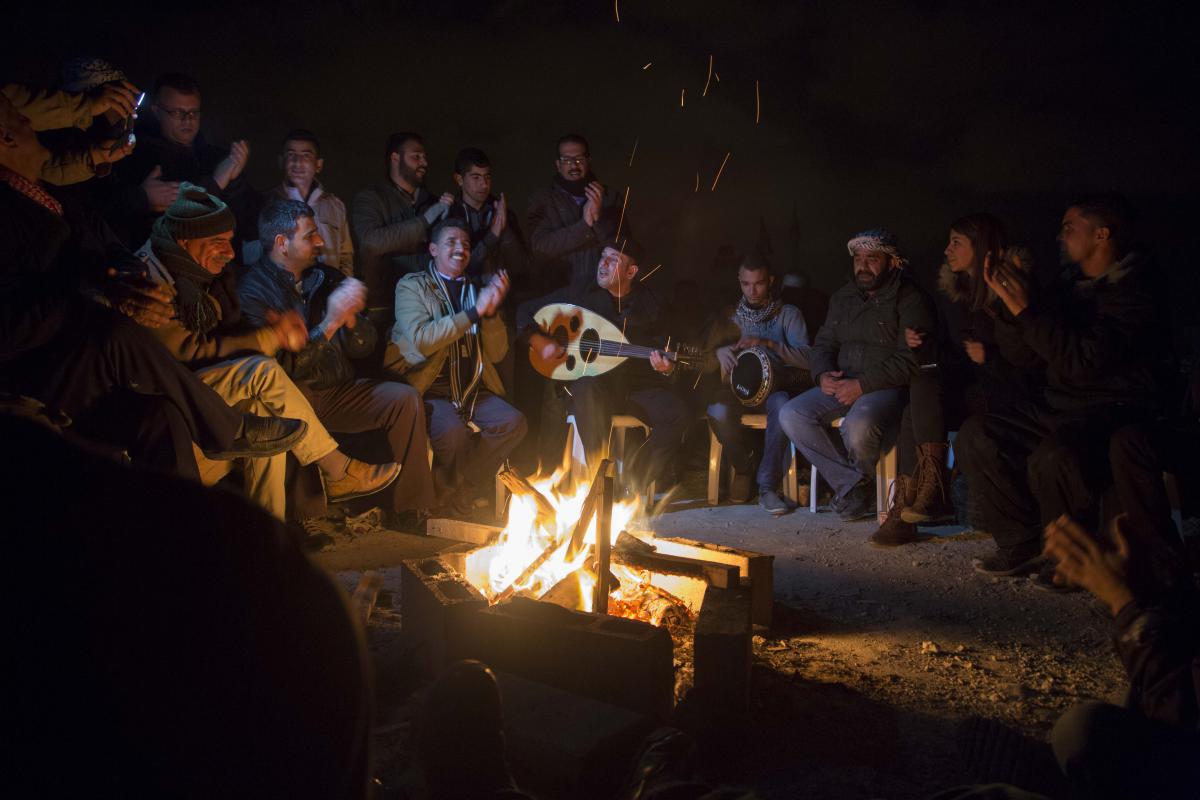 How is the legal situation?

The area is owned by Palestinians, with all the legal documentation. In the past ten years, the Jewish National Fund tried to buy the land, but the owners refused to do so. Now, Israel is trying to confiscate the land for ‘civil purposes’ in order to construct there a 'relocation zone' where Bedouni communities that have been ethnically cleansed from other areas are forced to live. 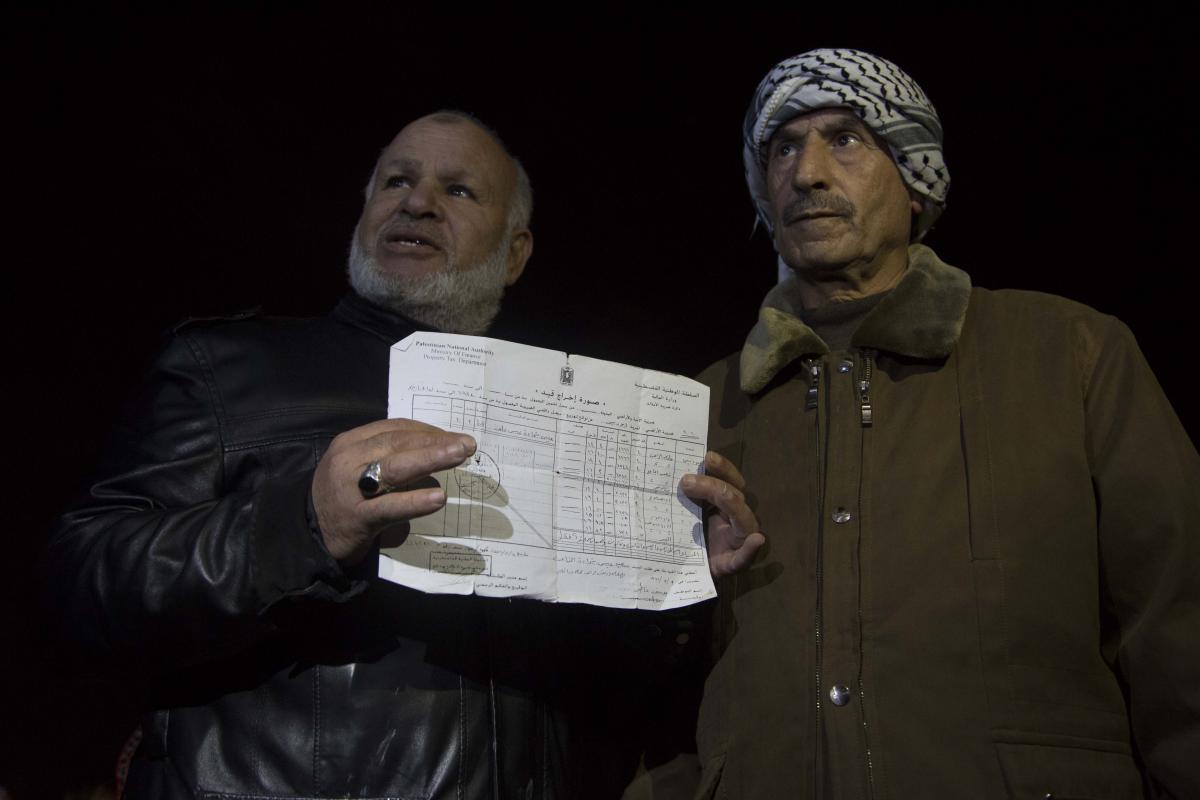 What do the Bedouin think about this plan?

The representatives of the Bedouin communities, however, are very clear in stating that their people have no intentions of leaving their present land. They are willing to discuss only two alternatives: to stay where they are, with public services and recognition from the government, or to be allowed back to where they lived before their were expelled by Israel’s foundation in 1948. To confiscate a Palestinian land for them to be litterally dumped there by Israel is not an alternative. “We are also Palestinians”, says the representative. Since they see themselves as part of the same struggle, they refuse to accept Israel’s ‘solution’.

What the resistance movement plans to do? 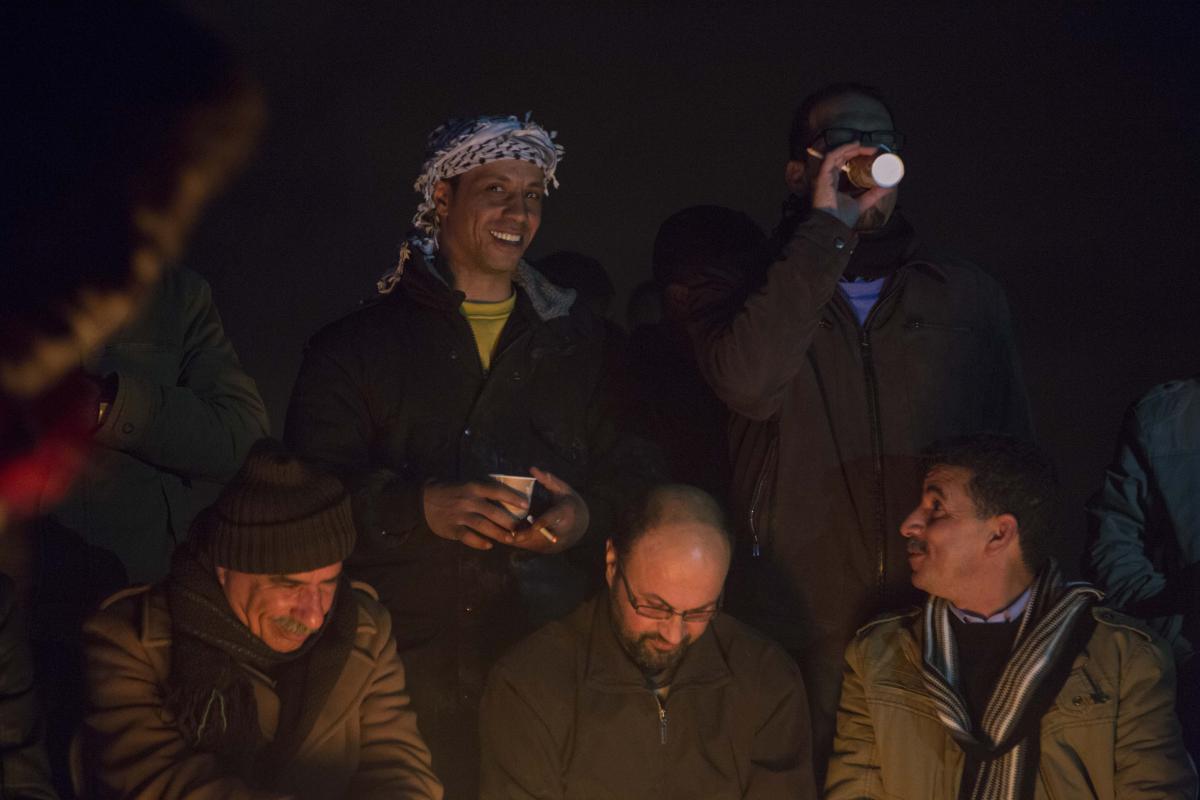 For now, the activists strategy of staying until late at night, and even sleeping in the area. They were able to call attention to the problem, including among the nearby communities, and even with foreign journalists and activists. The constant dialogue with and presence of the Beduin is also very important to avoid the division of the fight.

What is Stop The Wall doing with this issue?

We in Stop The Wall think that this is an important struggle to support. This shows how we all are able to mobilize against the occupation of Palestine. We are therfore taking part in the protest camp, and will give you the information you need. 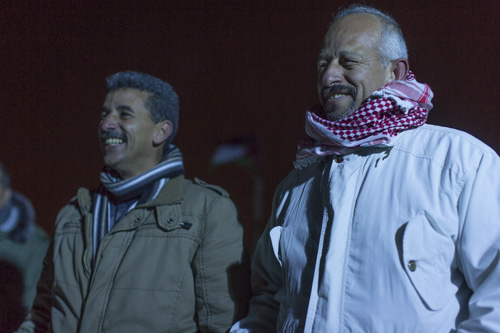 Representatives from Stop The Wall.

How can you help?

The solidarity of Palestinians from different areas and international activists is very important to make the movement strong. You are welcome to join us in the coming days. For more information, send us a message on Facebook, or call: (+972) 056 892 1821.

Watch how they demonstrate