News Bulletin of the events of the 25th October 2015

1- The young girl Dania Jihad Arshid (17) was executed by the Israeli Forces at the military checkpoint near Ibrahimi Mosque. One of the eyewitnesses who was standing in line, just 4 meters far from the checkpoint said that the soldiers had searched the girl’s bag and her personal belongings and put her through the metal detector but they did not find anything dangerous material with her. The soldiers asked the girl: ‘where is the knife?’ She replied: ‘I’m not carrying a knife’, then one of the soldiers shot a bullet between her legs terrifying her, so she took a step back and put her hands in the air and kept saying: ‘I’m not carrying a knife!’ but the soldiers shot her dead with 8 to 10 bullets in the chest and the neck.

2- 17 Palestinians have been injured, mainly in the West Bank, 11 of these casualties with live bullets and 6 with rubber bullets, in addition to ten suffocation cases with tear gas in Hebron and Jerusalem.

3- 15 young Palestinians have been arrested during raids, mainly in Jerusalem, Bethlehem, Nablus and Tulkarem.

5- Daily attacks perpetrated by settlers, under the protection of the Israeli Army, towards Palestinian citizens and farmers on the main roads and near the entrances of villages placed near settlements. These attacks included the following:

–  A settler shot Azzam Azmy Sha’ban Shalaldeh, (20) with five bullets while he was picking olives in Wadi Se’ier area, Azzam is in a critical condition.

–  Tamer Khdeir (26) was brutally beaten by a group of settlers in Beita village before the Israeli forces arrested him with the pretext of a stabbing attempt near Ariel settlement.

–  A group of settlers attacked Palestinian vehicles near Ariel settlement.

–  A group of settlers attacked some shops and Palestinian houses placed on the main road of Howarah village while they were chanting slogans that calls for the death of Arabs.

– A group of settlers together with the Occupation Force opened fire towards farmers while they were picking olives in Wadi Se’ier in Hebron.

– A group of settlers and a terrorist group called “Tadfe’ Al Thaman” burnt a Palestinian’s vehicle and wrote racist words that calls for killing Palestinians in one of Om Tuba streets near Sour Baher village, East Jerusalem.

6- Continuous assaults by the Israeli forces towards medical staffs: a vehicle that belongs to the health ministry  has been attacked on Howarah Checkpoint. 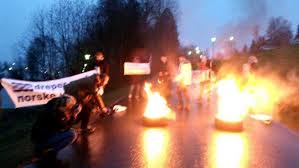 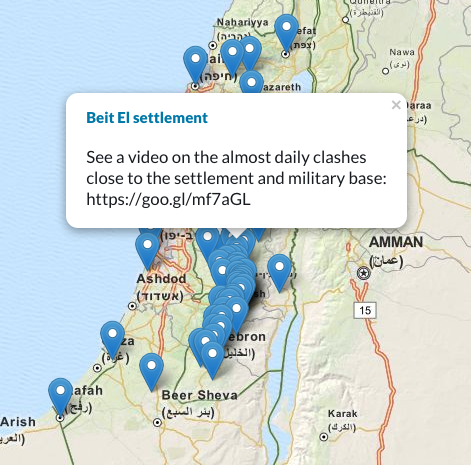 Stop the Wall has prepared an interactive map of the locations of struggle of the current protests and mobilisation. The map will continue to be updated and expanded and shows examples of mobilisation and repression, photos, videos and local accounts. To read a short analyis, click below.    Click here to access the map. A […]