The Brazilian state of Bahia decided on April 2 to end its cooperation agreement with Israeli water company Mekorot. The decision comes after pressure from campaigners from the Boycott Divestment and Sanctions (BDS) movement, which works to end Brazilian complicity with Israel’s violations of international law.

Civil society campaigners and social movements denounced in various occasions the agreement signed in 2013 by Bahia’s two water utility companies, Embasa and CERB, due to Mekorot’s role in denying Palestinians their water rights. Regional legislator Marcelino Galo, vice-president of the state commission on environment, draught and water resources, demanded a revision of the agreement. This process culminated in the announcement giving the Stop Mekorot campaign a boost.

This became the latest in a series of contracts Mekorot lost around the world from grassroots pressure that exposed its role in water apartheid against Palestinians. Pedro Charbel, Latin America campaigns coordinator for the Palestinian BDS National Committee (BNC), the Palestinian leadership of the BDS movement, welcomed the announcement:

“Embasa and CERB did the right thing by ending this cooperation agreement with Israel’s Mekorot: It served to legitimize Israeli water apartheid without even giving any benefits to Bahia. Today, Bahia joins Buenos Aires, Lisbon, the Netherlands and São Paulo in ending ties with Mekorot. We call on all public entities to cut ties with Mekorot and end all forms of complicity with Israeli and international companies profiting from and enabling violations of Palestinians human rights.”

Palestinian groups Stop the Wall Campaign, the Palestinian Farmers Union and the Land Defense Coalition have been working with civil society partners in Bahia to raise awareness about the contract and Israel’s water apartheid since last year. The campaign produced a poster and brochure to explain Israeli violations of the right to water of the Palestinian people and connect it with Brazil’s own legacy of colonialism, genocide and slavery.

“Mekorot and other Israeli water companies and agribusiness export their technologies to Brazil under the myth of water innovation. The reality is very different. Israel’s real “innovation” is its water apartheid that pushes Palestinians off their land to expand illegal settlements. The cooperation agreements Brazil often signs with these Israeli companies serve to whitewash and reinforce these criminal policies.”

The Brazilian Small Farmers Movement (MPA), the Movement of the People Affected by Dams  (MAB), the Popular Youth Uprising, the Pastoral Commission of the Land and the Regional Institute of Small Sustainable Agricultural (IRPAA), had joined Palestinian organizations in an open letter to Bahia's water companies urging them to cut their ties with Mekorot.

Under the slogan 'From Bahia to Palestine, we thirst for justice” campaigners joined the annual march for water rights that took place on World Water Day (March 22) organized by the Union of Water, Sewage and Environmental Workers in the State of Bahia and partner organizations. The march is known to be greatest demonstration in defense of the right to water in Latin America. Civil society actors also denounced the agreement during the third Seminar on Water Governance in Bahia.

To learn more about Mekorot’s role in Israeli policies go to www.stopmekorot.org or read the Amnesty (2009) report “Thirsting for Justice: Palestinian access to water restricted”. 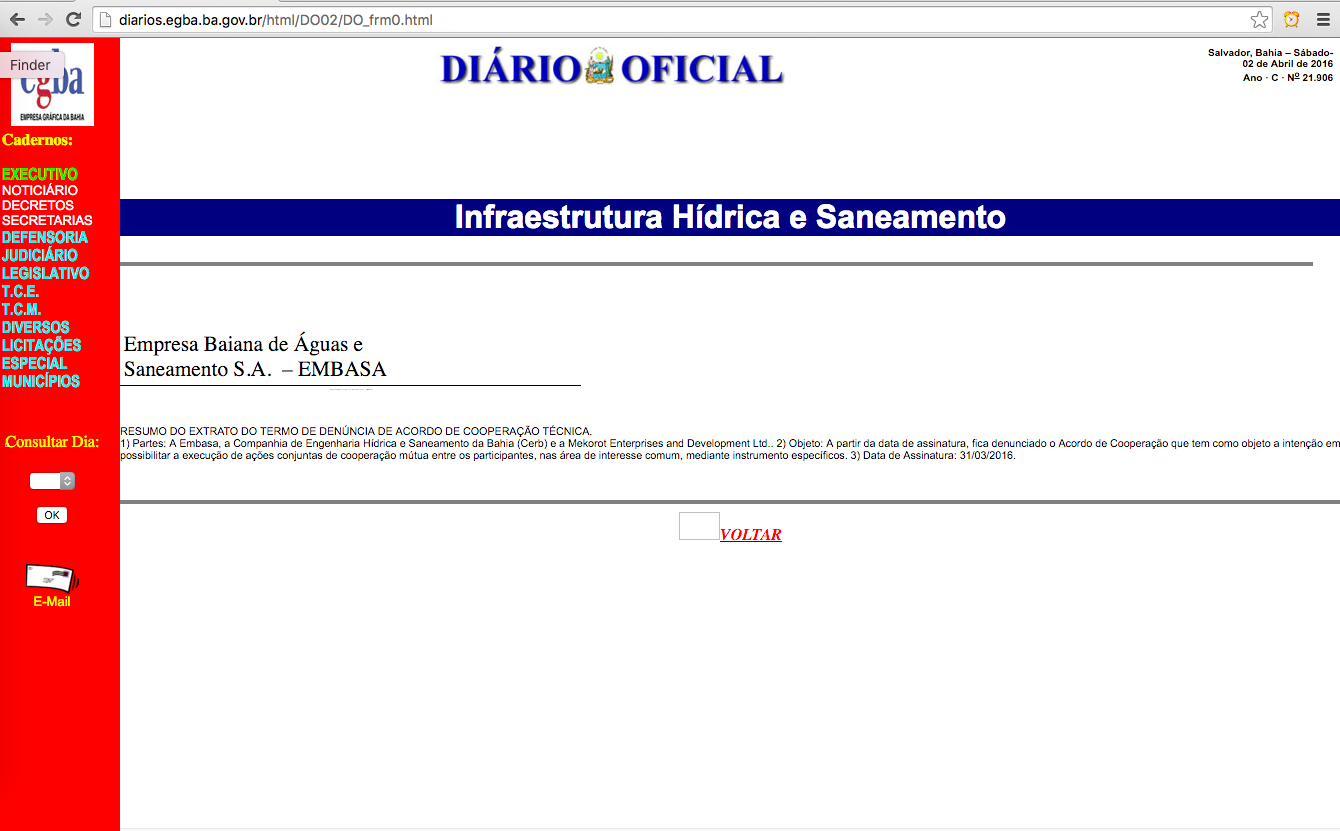