Khirbet Tana has been under Israeli attack for long in the attempt to expel the Palestinian population from their lands and colonise the areas with settlements. Challenging Israeli home demolition, residents have taken to reform and inhabit caves and are leading an inspiring struggle for dignity and rights.

Representatives from the Land Defense Coalition spent the afternoon of July 5th driving through the winding hills of the surrounding Nablus Governorate area, and standing under trees to escape the ceaseless heat as we visited Khirbet Tana, a herding and agriculturally based community of families that reside in the some forty plus caves dotting the sloping hills.

The Land Defense Coalition members were visiting the local popular committee that organises the daily resistance and steadfastness of the community. 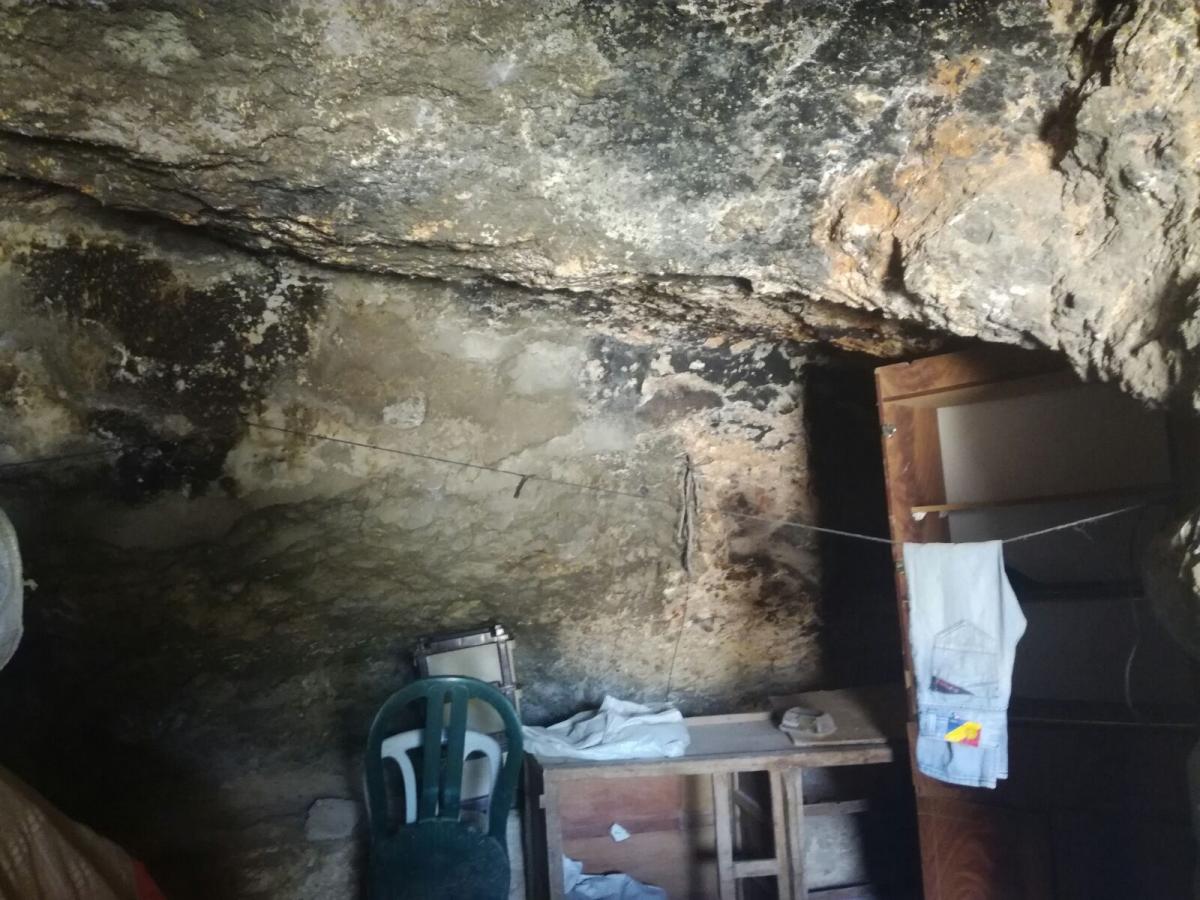 The most recent internationally released report Khirbet Tana was in January of 2017, when the village made news for being one of the first demolitions of the new year. The Israeli occupation forces demolished 49 structures during this encounter. In 2016, Khirbet Tana was demolished over four times.

Similar efforts of displacement are ongoing in other regions of the West Bank: the Israeli project to develop settlements in the E1 corridor of Jerusalem threatening the Bedouin community of Khan al-Ahmar is only one other example. In the South Hebron Hills people are in daily struggle for their survival on their land. 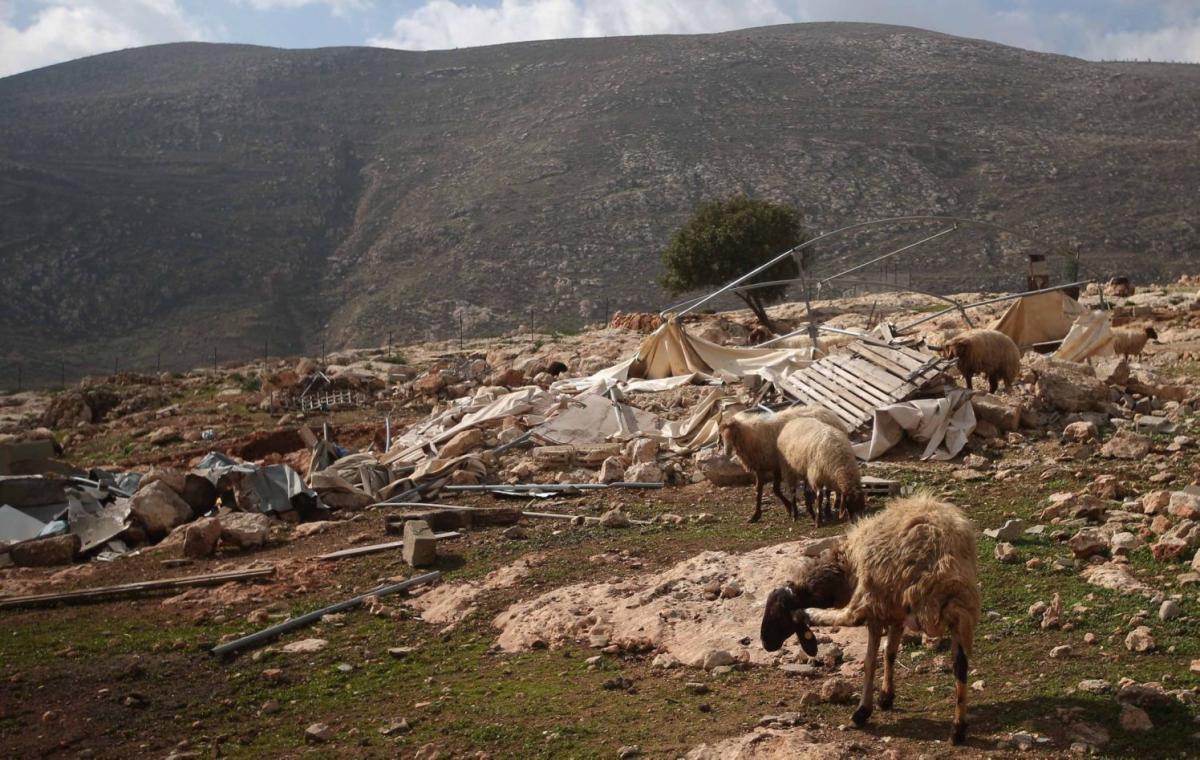 These communities also face settler violence. For example in 2011, there was an incident where settlers beat a Tana shepherd and slaughtered 15 of his animals.

To read more about the struggle of the most targeted communities in Area C, see the Stop the Wall report “The Palestinian Periphery”.

A historic village struggling for their future

The Ottoman-era mosque built in the 1850s is material evidence of the longevity of the Khirbet Tana community, where families have lived and farmed on the land since before 1948, before the territory was declared a ‘firing zone’. With the crest of the hills towering over, and the valley dipping and curving alongside the road to the caves, the Animal

Husbandry Cooperative members pointed out how the features of the hills are defined by intimidation and violence from the Israeli military and the nearby settlements of Itamar and Mikhora. 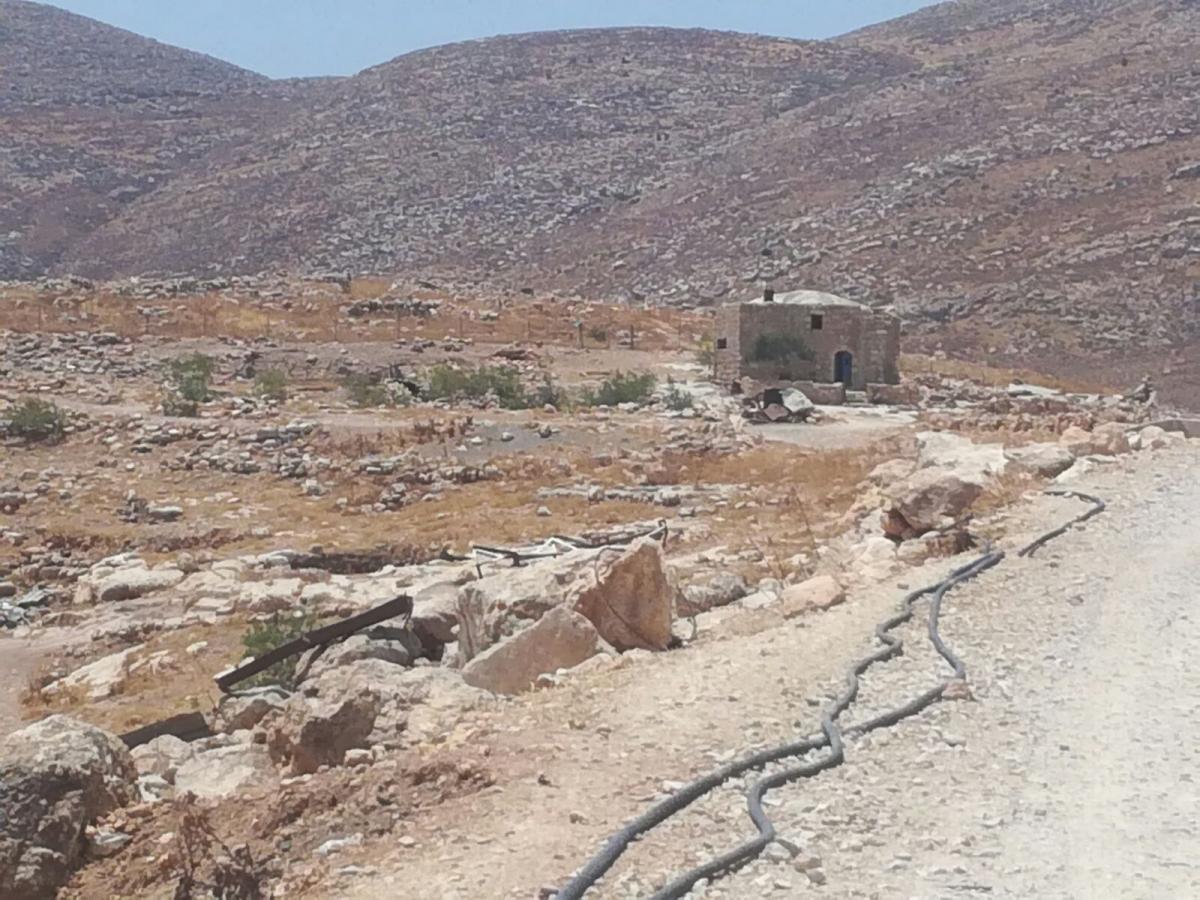 Before 1967, the community was in control of 18,000 dunams of land of which 14,000 were seized by the Israeli military. This has left only 4,000 dunams of crucial shepherding and grazing area for this farming dependent community. The Israeli state’s confiscation and occupation of this land physically and symbolically disconnects Tana residents from an extensive swath of land that holds ancestral significance and necessary resources for their livelihood.

Despite recorded history of the Khirbet Tana community in the Nablus Governorate area, Khirbet Tana has been declared by Israeli Courts an unauthorized village because of its proximity to a closed military training zone (Firing Zone 904A). 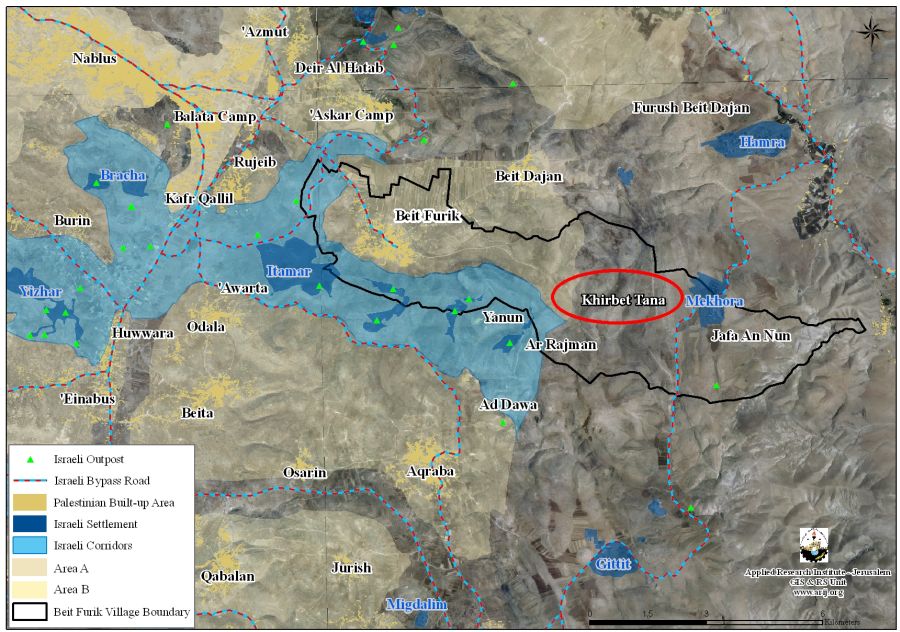 According to POICA, the total area of the West Bank classified as firing zone amounts to 998,185 dunums and constitutes 17.6 % of the West Bank total area. A ramification of this “firing zone” decree is that any type of building, which could range from a rudimentary tent or full cement buildings, is restricted, building permits are denied and there exists quasi-juridical justification that holds up in Israeli courts for random demolitions.

The entirety of the community therefore lives in caves. In order to expand any community shelters, be it another room for a family to sleep in or another place to house the animals, another cave must be dug out and cleaned.

Another challenge the community faces is access to electricity. There are no water or sewage lines and no electricity grid that reaches the families in the caves. The Israeli authorities refuse to connect the village to the extensive electricity and water grids they readily offer to nearby settlements. The residents use solar panels to generate rudimentary electricity, “only enough for one light bulb”, as quoted by the Animal Husbandry Collective. 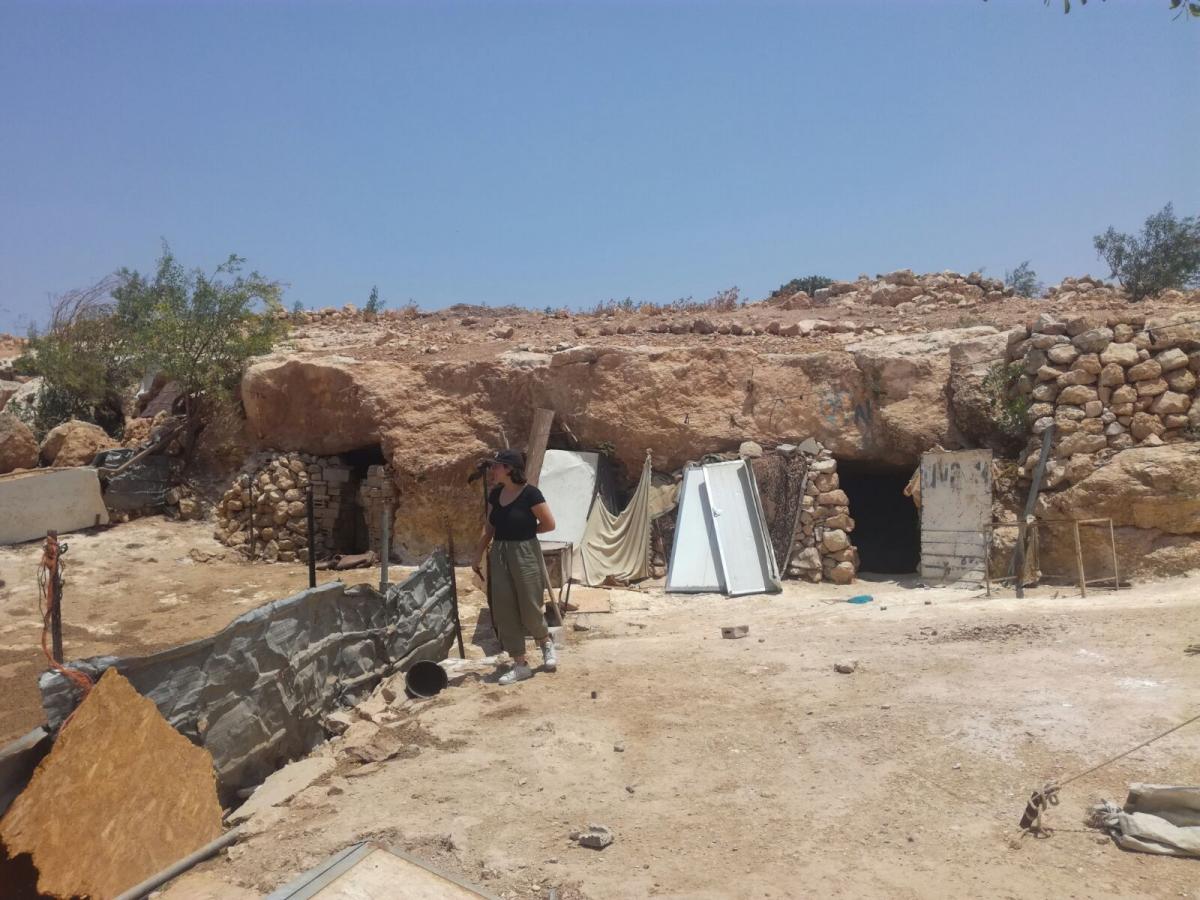 In an extreme show of violence and disregard for international intervention, the Israeli army’s Civil administration has confiscated solar panels in other Bedouin communities, despite being donated through international aid. The community school now rests close to the Mosque and is a two room white structure donated by international aid. It has been demolished over 5 times since 2005, in a clear violation of international law, such as Article 48 of the Fourth Geneva Convention, prohibiting an occupying power from destroying or confiscating the private property of the civilian population and the UN Convention on the Rights of the Child where children’s right to education and play are protected.

Sumud – steadfastness in the face of injustice

The families continue despite the obstacles and violence cited. During this visit the families were absent because they have escaped the unencumbered heat in the hills by posting temporary tent to complete the seasonal wheat farming in another area of Beit Furik.

The caves feel ghost-like and the delegation is reminded of the danger the unrenovated caves can pose. While some of the Israeli military’s violence can be dramatic and highly visible such as the demolitions, the darkness of the caves serve as a reminder that other perpendicular forms of Israeli violence, such as restricting access to electricity, are disruptive to daily living. 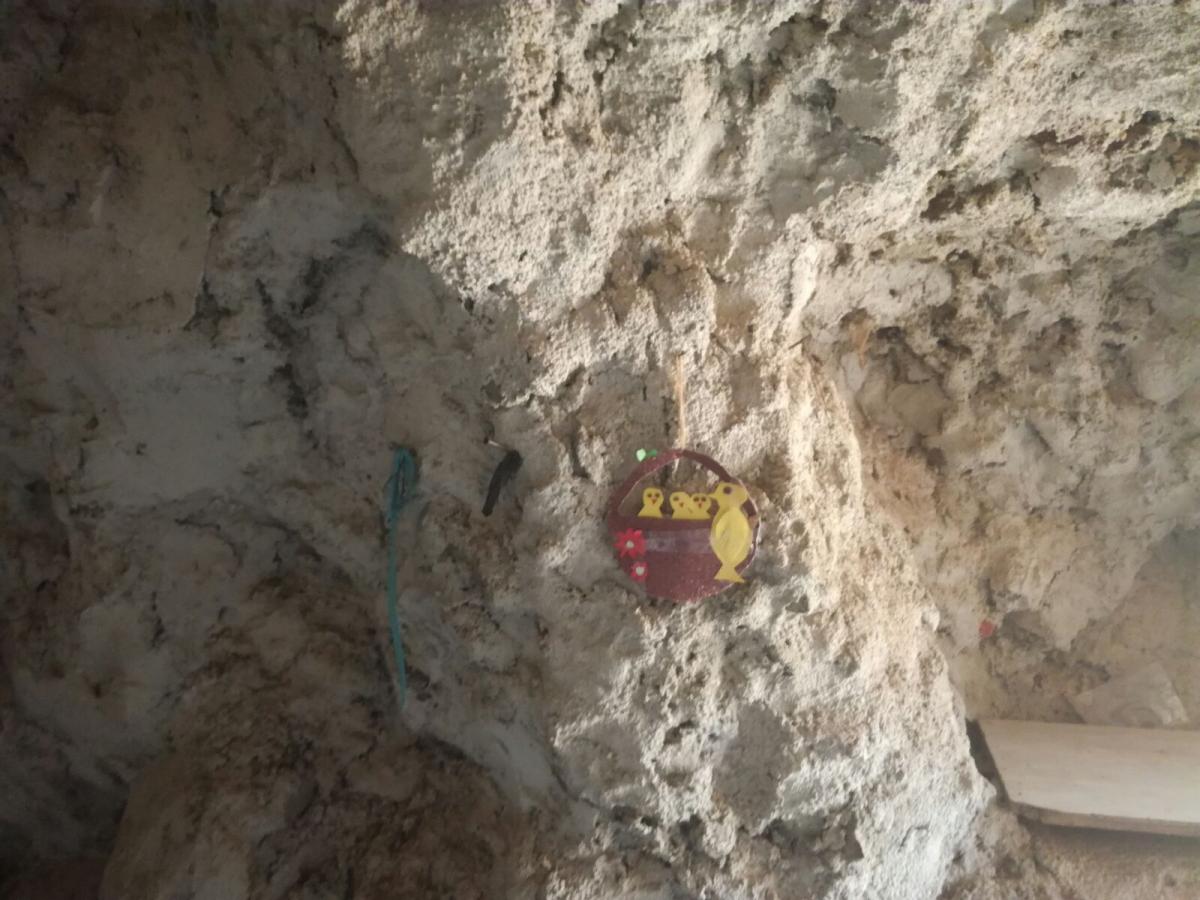 There are signs of life: be it the school, children’s art projects hung up decorating the caves, or the simple existence of a bread oven, signs of the families strength and courage persist.

The Land Defense Coalitions project and goal is to give the community a living situation deserving of their endurance and perseverance, to make the cave-living sustainable through renovations and investment in an expanded electricity system of solar panels.

The hope is that these projects will be complete before the families return after the harvest season and the beginning of the school year.