Friday 25th of August, al Walaja has continued its resistance to defend its existence with a mass protest to protect their homes from Israeli demolition. Hundreds of Palestinians gathered after Friday prayers at the village mosque, west of Bethlehem city.

The protesters marched towards one of the homes threatened with demolition in Ain Juwaiza area and staged a sit-in at the site.

Late July, Israeli Occupation Authorities handed out demolition threats for 14 Palestinian homes in Al Walaja village. Since then villagers are fighting their case in courts and in the streets, never sure when the bulldozers and the Israeli military may arrive to destroy their homes.

The Stop the Wall Campaign as well as the Popular Struggle Coordination Committee heeded the call for support by the villagers and helped organise Friday’s protest. Hundreds turned out, including many representatives of political parties and Palestinian civil society organizations.

Al Walaja has been particularly hard hit with home demolitions as Israeli intentions are to annihilate the entire village. Occupation authorities have demolished about 70 houses in the village of 2400 inhabitants since 1948.

Al Walaja  is one of seven Palestinian villages in the western Bethlehem district  threatened with isolation from the rest of the West Bank by the apartheid Wall. All of its original inhabitants were displaced during the Nakba in 1948.  Many fled to refugee camps and approximately 100 settled on the West Bank side of the 1949 Armistice Line (Green Line), where some villagers owned agricultural land. This location, two kilometres from the original village, became the site of the ‘new’ Al Walaja. 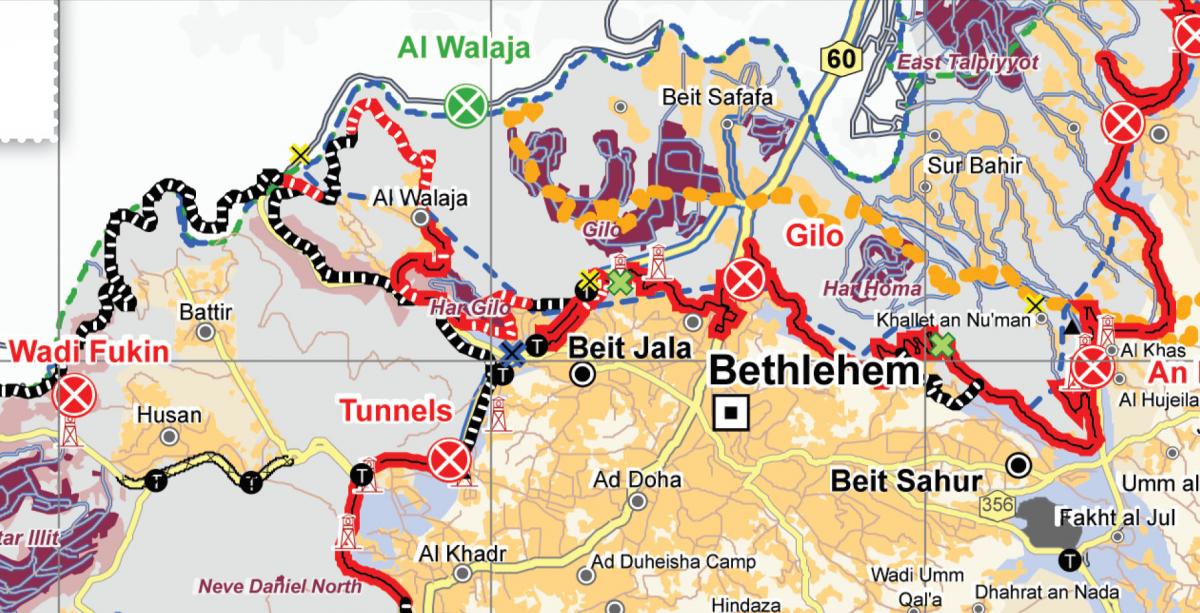 The route of the apartheid Wall effectively encages al Walaja inside the area of the illegal settlement block of Gush Etzion. This will isolate an additional approximately 1,300 dunum of land behind the Wall, around 30 per cent of the total lands of the village. Additionally, this will leave just a couple of tunnels as the only route out of the enclosure to reach Beit Jala and Bethlehem.

Israel is intent to eliminate al Walaja completely to ethnically cleanse the entire area annexed by the Gush Etzion block from Palestinians. Yet, al Walaja continues to resists.