The delegation came to Palestine in response to an invitation issued by the Stop the Wall Campaign and extended to all those resisting President Trump’s Israel-inspired wall projects at the US/Mexican border. The delegation, which includes journalists, students, clergy, and community organizers from both sides of the US/Mexico border wall, among them members of the Tohono O’odham tribe whose ancestral lands are divided by the US/Mexico border and wall, will meet, learn from, and share with Palestinians resisting Israel’s apartheid wall in order to build toward a world without walls.
To get updates about the delegation, follow the twitter hashtags #WorldwithoutWalls #MundoSinMuros or our facebook page. 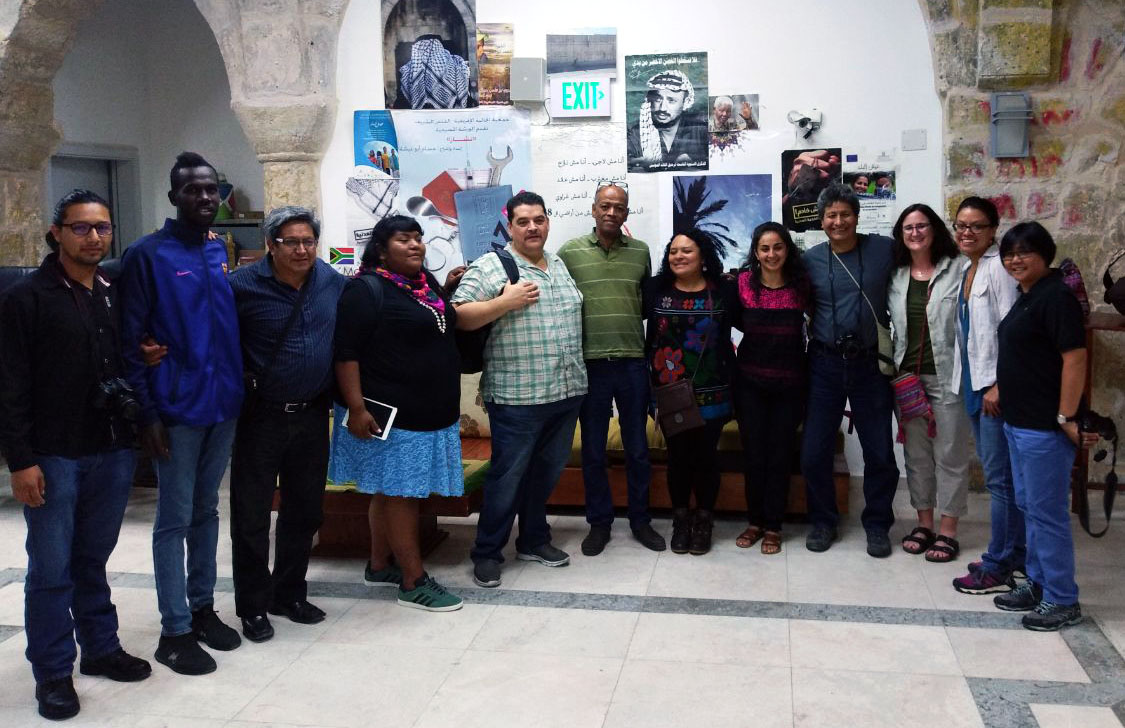 (The delegation in the Old City of Jerusalem encounter organizers that tell the story of daily repression and grassroots resistance and resilience in the Old City.)
Amy Raynel Juan of the Tohono O’odham Hemajkam Rights Network is participating in the delegation out of a desire

“to connect two indigenous communities who are faced with militarized walls/borders that threaten our ways of life. To listen and learn and to build relationships across Nations.”

“This trip is extremely important to connect and strengthen the struggles of grassroots organizations in Palestine and against the Walls of Shame of Israel and the US that target/attack the dignity and sovereignty of the people.”

Stop the Wall welcomed the delegates to Palestine, saying,

“We are happy the US and Mexican movements have accepted our invitation to come, see and share experiences in our common struggles against walls and for justice, freedom, and equality. As the Trump administration fortifies the racist border wall, touting Israel’s apartheid wall as a model, we know we have a common ground with Latinx, indigenous, and immigrant movements in the US and Mexico. We will work to join our efforts to tear down the Walls and to hold those responsible accountable for human rights abuses perpetrated along those walls.”

From Israel’s Apartheid Wall on Palestinian land to the US wall on indigenous land at the border with Mexico, walls are ripping through people’s lives and lands, denying people basic freedom of movement, and expanding state violence and control. Anna Baltzer,  Director of Organizing & Advocacy of the US Campaign for Palestinian Rights highlights:

“The connections are deep: the land being cut by the US/Mexico border wall is lined with towers patrolled by Israeli military corporation Elbit Systems, and the Israeli companies Elta and Magal and occupation profiteer Caterpillar are vying for contracts to get their hands on the wall.”

The Latinx and indigenous delegates will therefore meet with the BDS National Committee, which has played a major role in making the delegation happening, to discuss ideas to hold the companies building the walls in Palestine and the US Mexico border accountable, and will continue to build after the delegation ends with awareness-raising events throughout the month of November, with a focus on Nov. 9, Global Day for a World Without Walls, and Nov. 29, the International Day of Solidarity with the Palestinian People.
To join the call for a WorldwithoutWalls, read more here.
To keep updated about the global mobilisation, follow us on facebook. 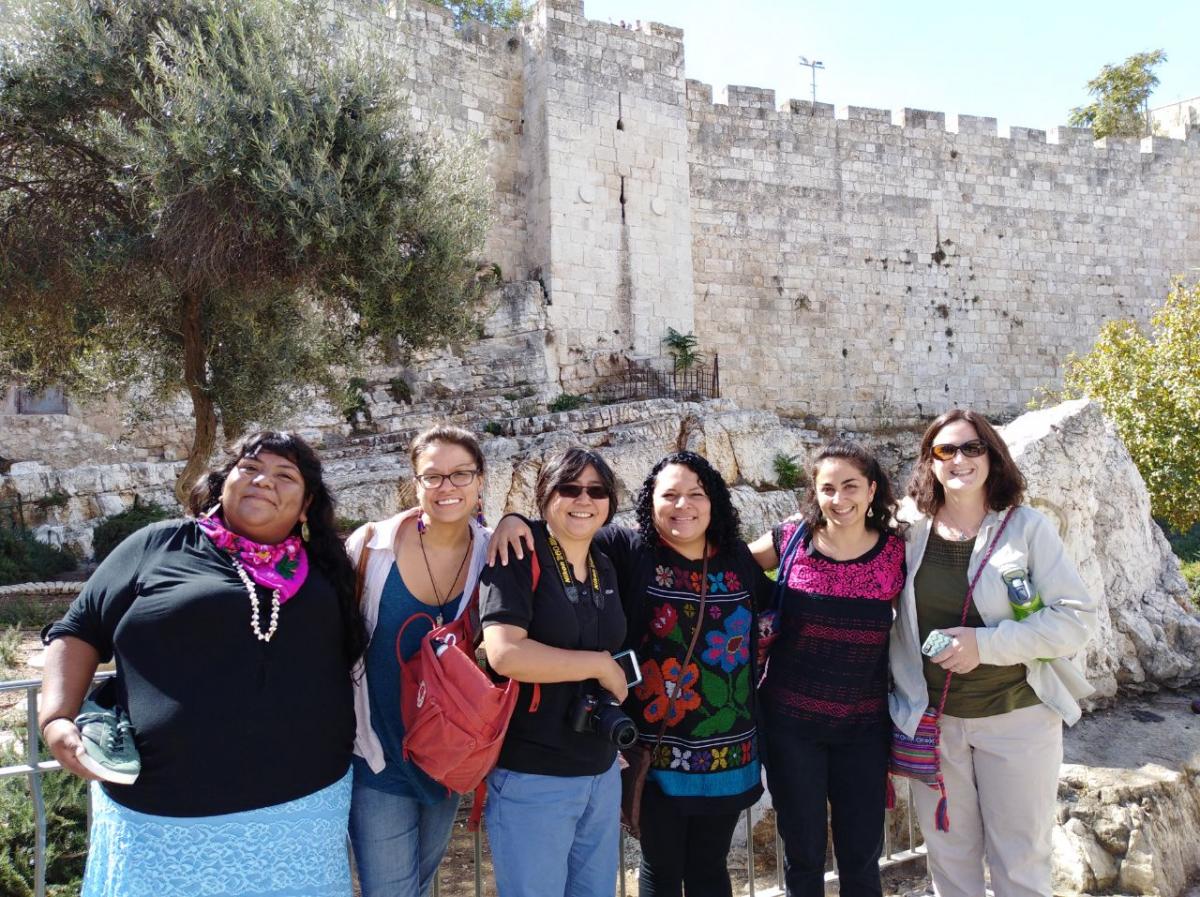 (The women participating in the delegation.)