Last Sunday, members of the Palestinian Agriculture Society in Jericho gathered together with the local community to plant trees in An Nuweim, in the Jordan Valley. The objective of the action was to ensure the use of land and with this to prevent it from being taken over by the settlers and eventually confiscated by the Israeli authorities. This is part of the joint effort of the Stop the Wall Campaign, the Land Defense Coalition and the Popular Council for the Protection of the Jordan Valley to plant 13 thousand trees this year to protect the land.

The land is Waqf property, an inalienable charitable endowment under Muslim tradition often reserved for collective use, and is located in Area C. In an attempt to open the land up for confiscation, Israel has in the last years started to use it as a military training site. About 60 people joined the voluntary work day to plant cactus and olives trees, so the local Palestinian community can use the land for leisure and recreation.

This was the second time that the Union promotes this kind of action. Such initiatives not only help to defend the land but as well to maintain the spirit of collective resistance. Many of those  present have already been activists since the first Intifada and are transmitting their experience and the culture of collective voluntary work to a younger generation. Generation after generation, Palestinians are working all together against the ongoing Nakba. 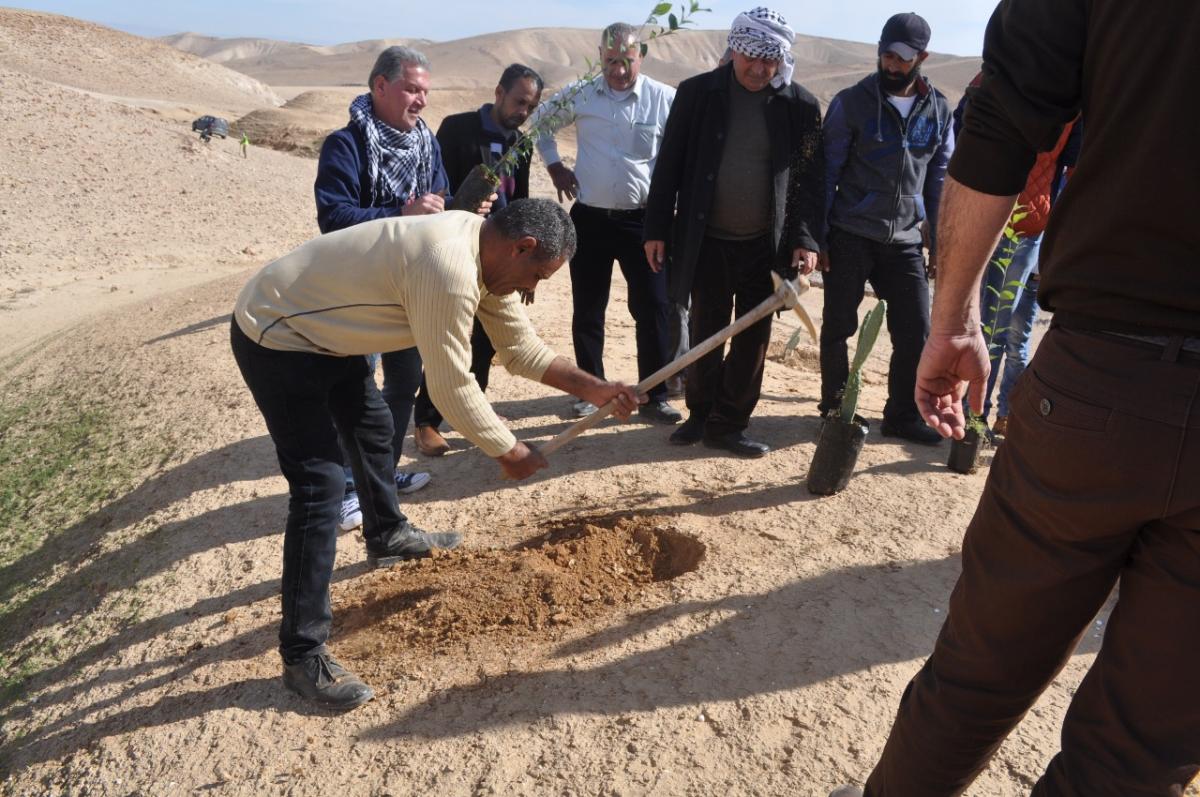 The chosen place was an area called An Nuweim, located on north of Jericho, near the settlement of Mevo’ot Yericho and an archaeological site, over which Israel claims control. Not far from there is also the big settlement of Yitav. Since the occupation of the West Bank and the Gaza Strip in 1967, Israel has built 29 colonies in the Jordan Valley, with the aim to eventually annex the Valley and expel the Palestinian population.

One of the few means available for Palestinians to make confiscation of their land more difficult is to ensure any possible stretch of land is cultivated and planted. Any lands that are used as grazing lands or are left in their natural state are almost inevitably claimed by Israel. 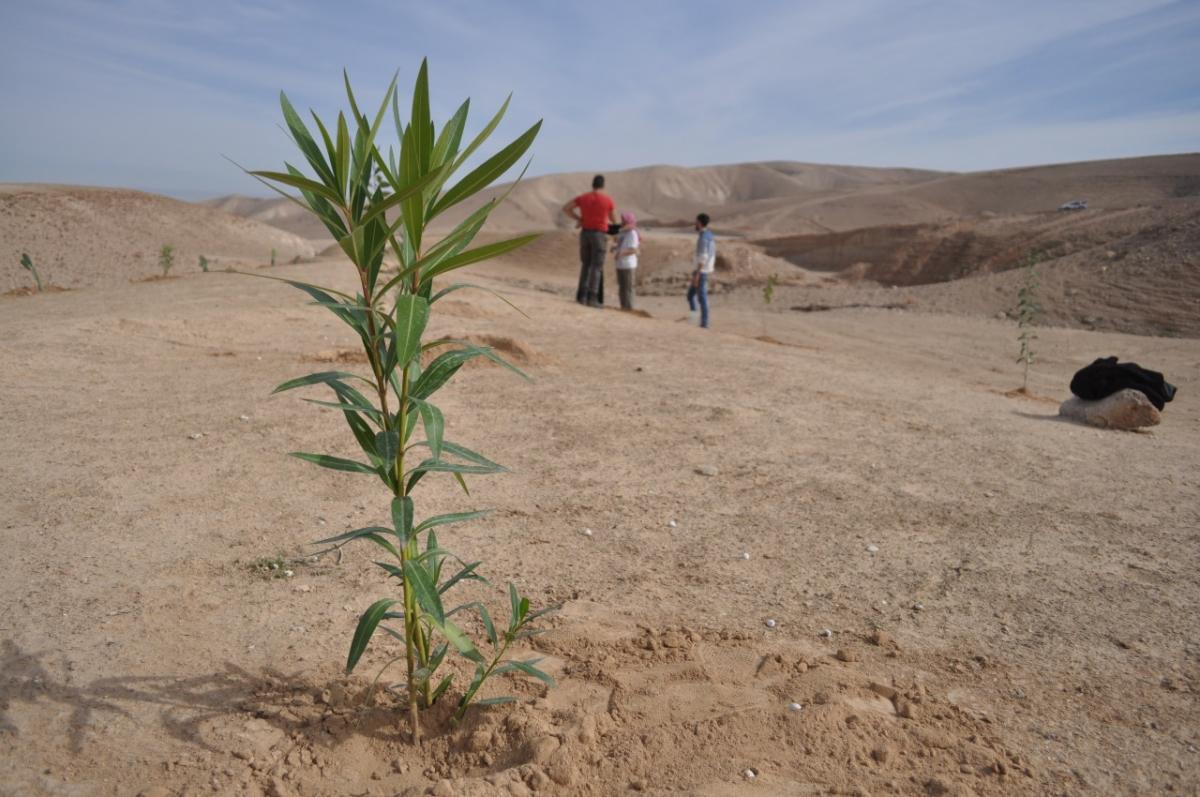 Harassment and mass destruction of property, land and entire communities are the main strategies used by Israeli military forces. As reported by the Jordan Valley Solidarity Campaign residents often see surveillance drones flying over the villages and soldiers come to take the IDs from all the Palestinian residents. These are often the only signs that Israel will carry out more destruction. In many cases, Bedouin aren’t warned about the demolitions and only find out that their houses are going to be demolished when the bulldozers arrive or through notices left there by the army under rocks on their fields. 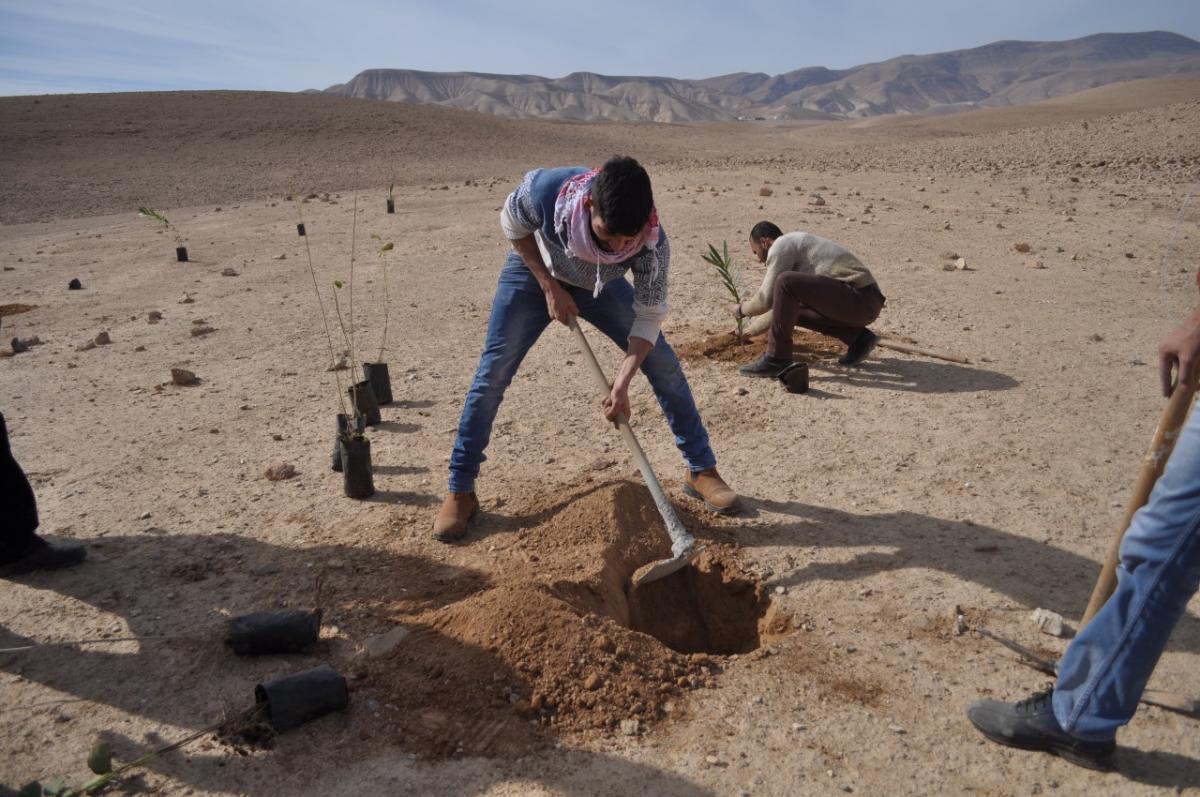 On 22th November 2017, Israeli Occupation demolished a house in Al Jiftlik village, whose demolition order was issued to the family a year and a half before. The family permission to access Jerusalem in order to appeal the decision was denied by the Court.

The four villages, Humsa, al Hamme, Ras el Ahmar and Makhoul, as well in the northern Jordan Valley, are among of the villages threatened with complete destruction in the Jordan Valley. The mass demolition will leave at least 300 people homeless. 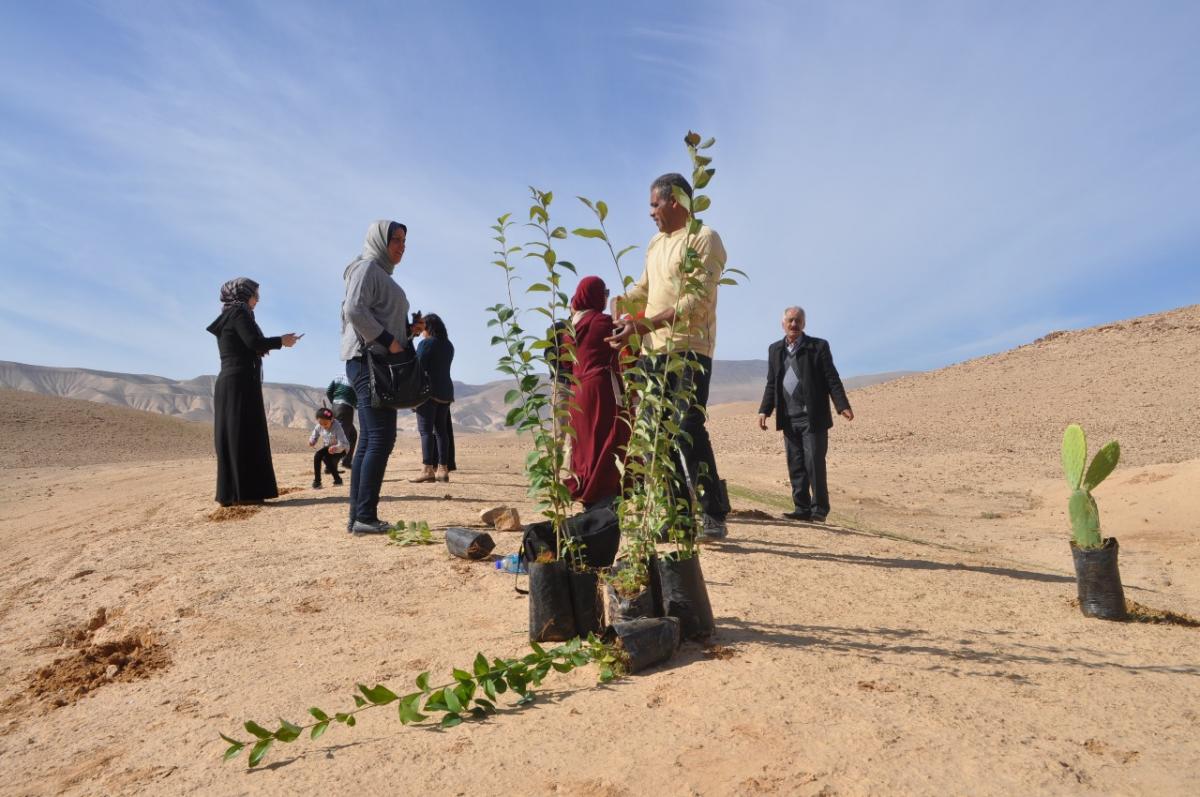