Today, February 21, during a protest for the release of Munther Amira, coordinator of the Popular Struggle Coordination Committee, two young activists have been arrested as Israeli military brutally attacked the demonstration.

Some two hundred activists had gathered in front of Ofar prison to show their solidarity with Munther Amira, who is being kept in Israeli prisons since December 27 2017, when he has been without any prior warning or provocation arrested while standing in the middle of a protest calling for the release of Ahed Tamimi.

The protest was demanding the immediate release of Munther and all the other Palestinian prisoners lingering in Israeli jails.

“It is clear that Israel wants to use Munther’s case by trying to convict him for long time imprisonment in order to discourage popular resistance. Today’s demonstration in front of Ofar prison while inside Munther’s case was being heard by the military court was therefore not only a message of solidarity to Munther but as well a response to the Israeli occupation – popular resistance will continue whether or not they arrest grassroots leaders.” 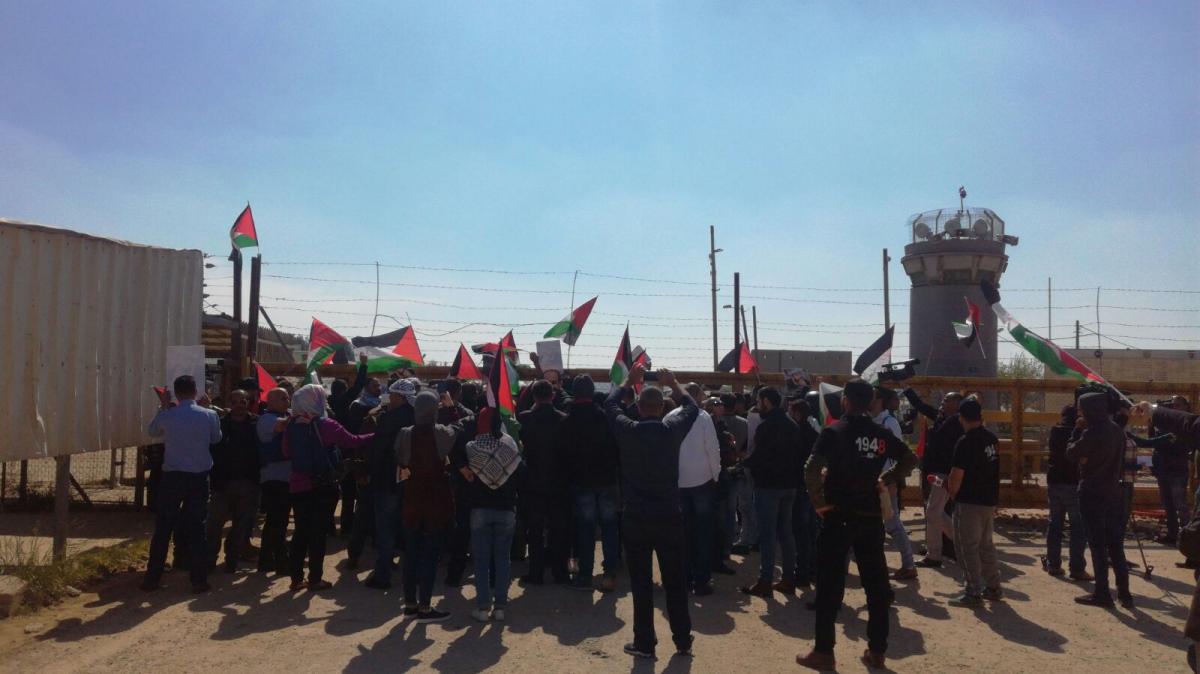 Soon after the demonstration started, five military jeeps ran at full speed through the crowd chasing youth that were standing at a distance on a hill top. They arrested two of the youth.

The remaining protesters closed off the road towards the Ofar prison compound not to let the jeeps with the detained youth reach the prison. Israeli military started shooting a suffocating amount of tear gas and pepper spray into the crowd. More jeeps came to target the protest from behind, launching more tear gas and trying to arrest more people.

A third activist was saved from detention through the determined protest of the rest, before the protest had to be disbanded.