StoptheWallOn Tuesday, April 10, the Mexican Coordination for Palestine (CORSOPAL) and the #WorldwithoutWalls delegation handed over a letter from the Palestinian Stop the Wall Campaign to the Via Crucis March of Migrants as it arrived in Mexico City.

At the same moment that Palestinians in Gaza started the #GreatReturnMarch, migrants from all over Central America, in particular Honduras, started their march towards the US border, militarized by the Wall of Infamy. The letter highlights the connections between the people struggles as well as the complicity between the powers that oppress them. 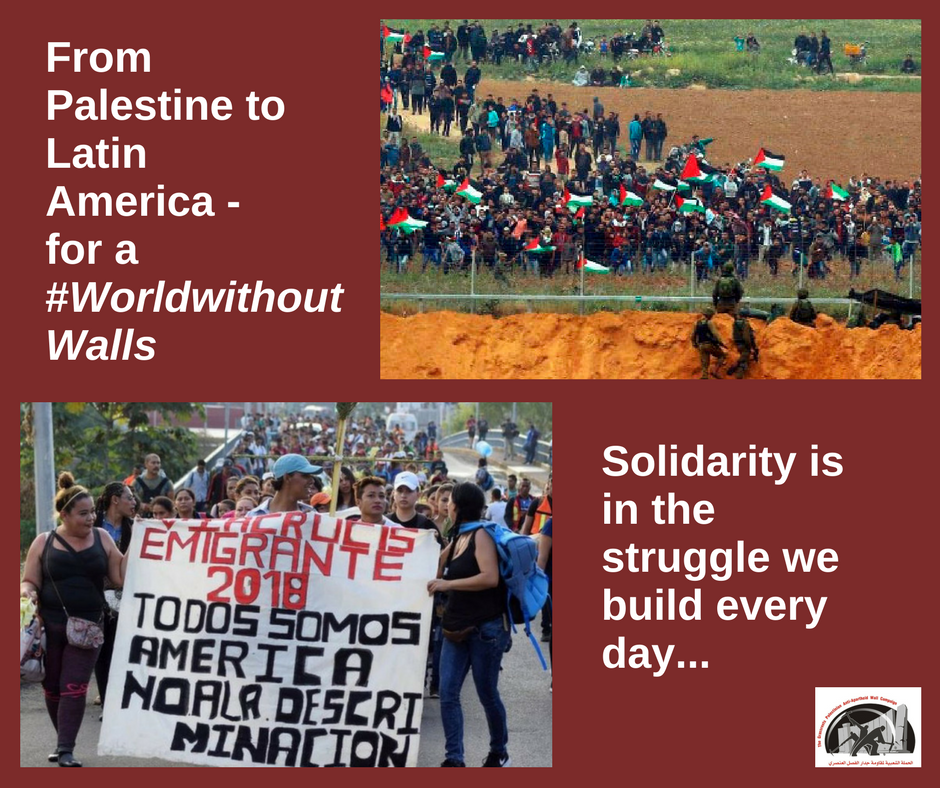 From Palestine, as part of a people whose majority is refugees and displaced persons because of Israel’s ongoing ethnic cleansing of our lands, we want to extend our solidarity.

We want to tell you that we are in struggle together with you.

We salute your March of the over 1500 migrants that challenge US racist and exclusivist migration policies that stop the people from crossing borders, depriving them of their basic rights to freedom of movement and rights as refugees. We recognize that most of you have been forced to leave your homes because of US foreign policies and oppressive political regimes backed by the United States and, we add, Israel as the one state that has since the seventies until today militarily and politically backed each and every coup, dictatorship and anti-peoples regime in Latin America.

As Palestinians we feel deeply connected to your experiences.

70 years ago, our Nakba (catastrophe) began when Israel established itself on the mass ethnic cleansing of our people and over half of our people have been, often at gunpoint, forced out of their homes and their lands for Israel to establish its apartheid regime. Since 1948 when entire villages were fleeing Israeli military aggression and massacres, until today, Israeli policies of occupation and colonization continue to expel our people by taking our lands and destroying our communities. Israeli repression, including ongoing invasions, night raids and large scale incarceration, aims to make live impossible. Half of the Palestinian male population passes at least once through Israeli prisons.

Israel has built an up to 8 meter high Wall around Gaza to besiege its population and around the West Bank villages and towns our people so that today we are allowed to access and use only 13% of our historic homeland.

Like you, we know the Via Crucis of long marches.

As you are marching to claim your rights as migrants, in Palestine the people of Gaza, the large majority of them refugees expelled from their homes 70 years ago, have started their Long March of Return. Every Friday tens of thousands of people are marching to the militarized border of Gaza that is part of Israel’s wall structure that imposes since over a decade the brutal siege on Gaza. People demand an end to the siege and occupation, they demand their UN sanctioned Right of Return. They demand an end to Israeli apartheid. Regular marches to the military checkpoints at the exits of our cities and Israel’s up to 8 meter high wall that is ghettoising our villages in the occupied West Bank are ongoing as well.

We may be geographically far away from your march but our oppressors are united in the same criminal and cruel policies, mutually supporting each other.

While many of you have been driven from your homes in Honduras by Juan Orlando Hérnandez regime, Israel has signed a military agreement with JOH. Israel has invited him as the first foreign president to participate in the celebrations of Israel’s 70 years of establishment on the ethnic cleansing of our people, ironically then cancelling the invitation because of human rights abuses for which Israel has provided assistance since the coup against Manuel Zelaya.

Just as Donald Trump has ordered a military troops to be deployed at the US-Mexico Wall to defend the US racist and exclusionary policies against your legitimate claims for rights, Israel has stationed its military and snipers behind the border wall to Gaza against unarmed civilians. Over 30 people have been killed so far by Israeli snipers inside Gaza, thousands injured while the international community remains in complicit silence. The US veto against any condemnation of Israel’s ongoing massacre of civilians at the #GazaReturnMarches aims to protest as well its own criminal policies. Yet, Palestinian popular mobilization will persist and grow.

For us all existence is resistance.

We know that our struggles united can achieve  a #WorldwithoutWalls and Justice, Freedom and Equality for all. 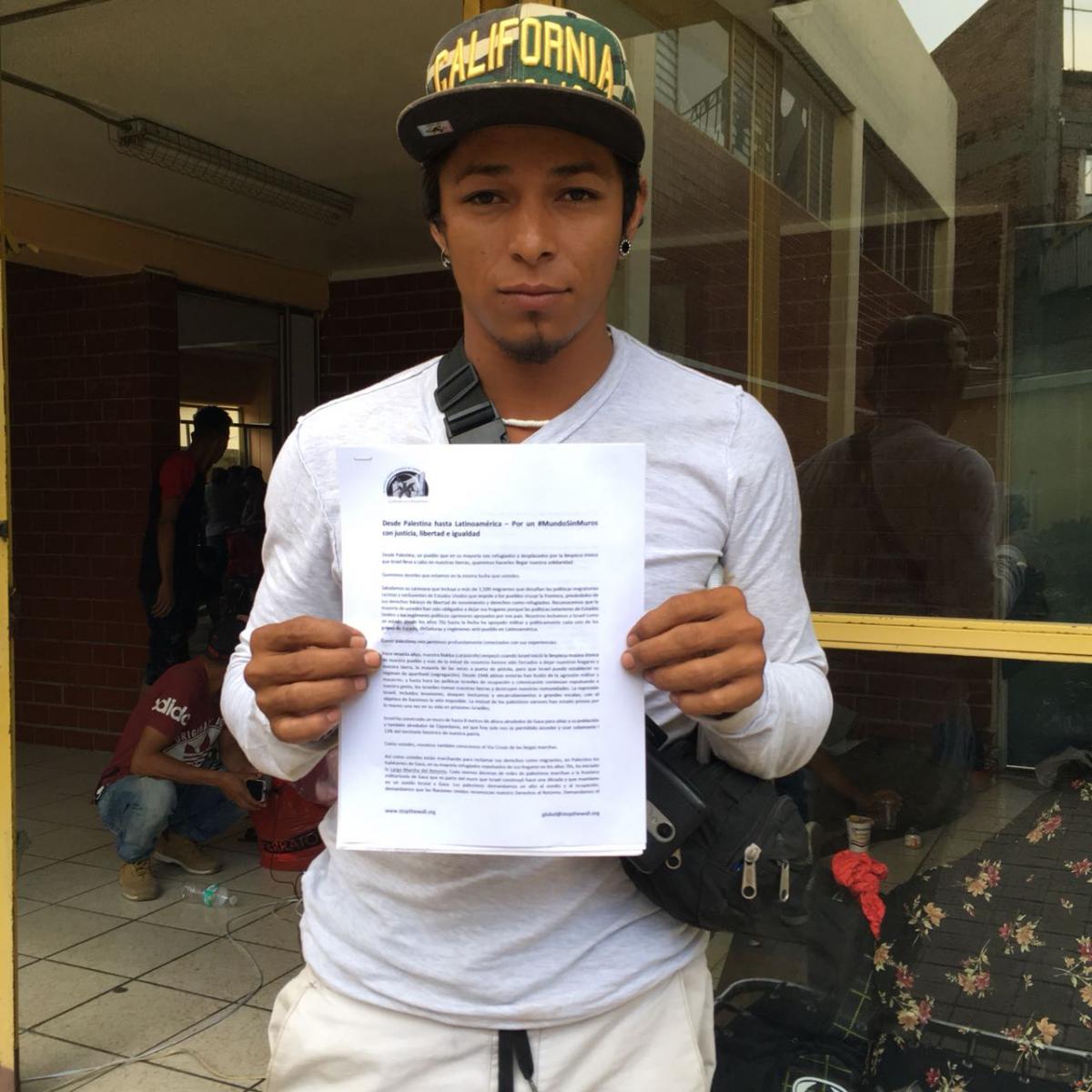