On the fourth Friday of the #GreatReturnMarch Israel continues its criminal shoot-to-kill-and-maim policy towards the over 10 thousand Palestinians in protest inside the occupied and besieged Gaza Strip. Some 30 protests where also held in the occupied West Bank. Inside the Green Line, a mass demonstration denounced that “Your Independence is Our Nakba (‘catastrophe’ in Arabic)”.

On Friday, during the protests that have been dedicated to the Martyrs and Prisoners of the Palestinian people, four young Palestinians in the Gaza Strip have been killed and 729 injured, 45 of them have been shot with live ammunition. Mohammed Ibrahim Ayyoub, 15, Ahmed Rashad, 24, Ahmed Abu Aqil, 25 and Saad Abdul Majid Abdul-Aal Abu Taha, 29, have been assassinated by Israeli snipers. Only Nickolay Mladenov, US Special Coordinator for the Middle East Peace Process, has still expressed outrage in his tweet:

"It is OUTRAGEOUS to shoot at children! How does the killing of a child in #Gaza today help #peace? It doesn’t! It fuels anger and breeds more killing. #Children must be protected from #violence, not exposed to it, not killed! This tragic incident must be investigated."

The fact that the so-called peace process has been by now recognized as defunct by all concerned and that the rest of the international community remains in a deafening silence is shows the profound failure and hypocrisy of governments around the world as far as Palestine is concerned.

By the end of Friday, the number of Palestinians killed since March 30 has risen to 38 while 4800 have been injured.

In the occupied West Bank, some 30 protests where organised, from the north to the south. The biggest protests have been held in Beil Eil, north of Ramallah, at the entrance to Jericho and in al Moghayer village, east of Ramallah. Among the other locations where protests took place are Bethlehem, Nabi Saleh, Al Mazra’h Algharbieh, Ni’lin Bili’in, Kufur Qadoum, and other villages in Qalqiliya and Nablus districts.

As Israel maintains its policy of differentiated ‘rules of engagement’ at different times towards different sections of the Palestinian people, Israeli repression was unjustified, disproportionate and violent and left seven people have been injured but did not target to kill. 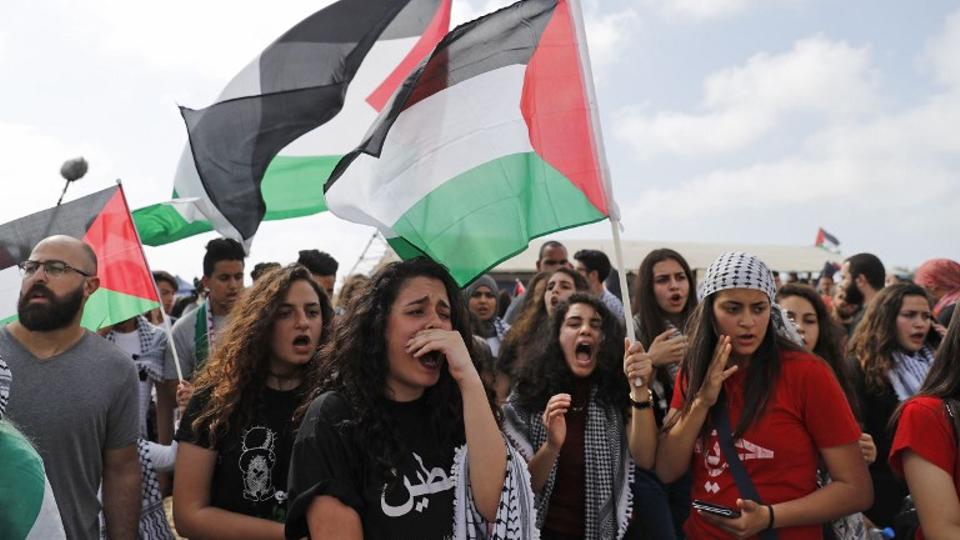 Thousands of Palestinians with Israeli citizenship rallied already on Thursday near the city of Haifa in a protest against the celebrations of the 70th anniversary of what Israel terms its ‘Independence’ – for Palestinians it was the start of their catastrophe, or Nakba in Arabic.

Under the slogan “Your Independence is our Nakba,” they gathered in the town of Atlit, a Palestinian village ethnically cleansing in 1948 to make space for the establishment of Israel.