It has been far too long that Ramallah hadn’t seen a protest of such dimension and intensity. After the daily breaking of the fast during Ramadan, over 2000 people filled the streets of the city. It wasn’t a joyful family gathering but an angry protest in solidarity with Gaza. Asserting their commitment to the unity of the Palestinian people, people protested against the Israeli siege on Gaza and the policies of the Palestinian Authority (PA) that pose additional pressure on the people in Gaza and lack any popular support or legitimacy.

People of all ages joined this protest that saw the Palestinian youth movements taking up a leadership role in this urgent call for a change of policy at official level. It was a true outburst of popular indignation and outrage. 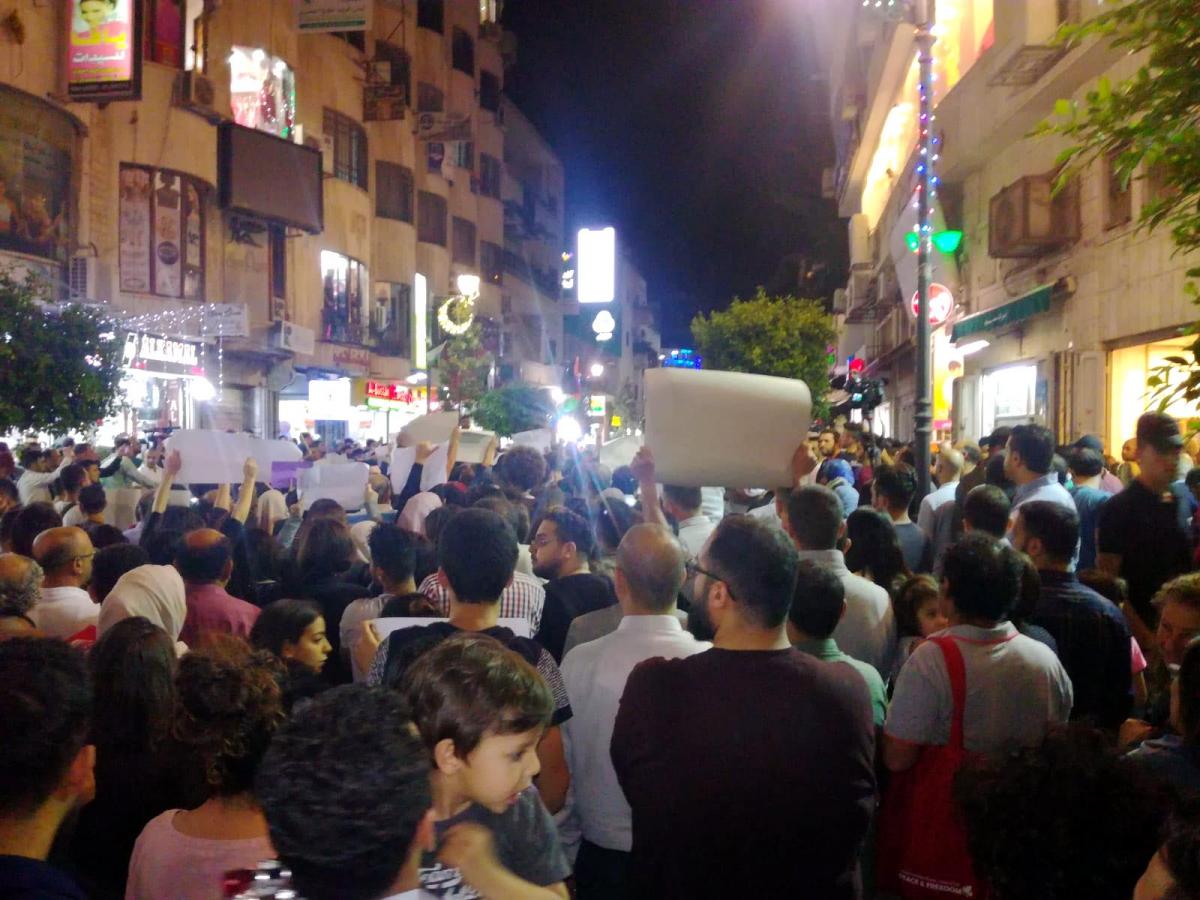 The Stop the Wall Campaign described the atmosphere:

“The entire Palestinian people have been waiting for this moment, whether in Gaza, inside the Green Line or outside. They waited to see when the West Bank was moving to oppose the PA policies that contradict the interests of our people and fragment us, in particular the appalling policies on Gaza.

"But more than anyone else, it was the people in the West Bank that have been waiting for this moment when the anger transformed into action.“ 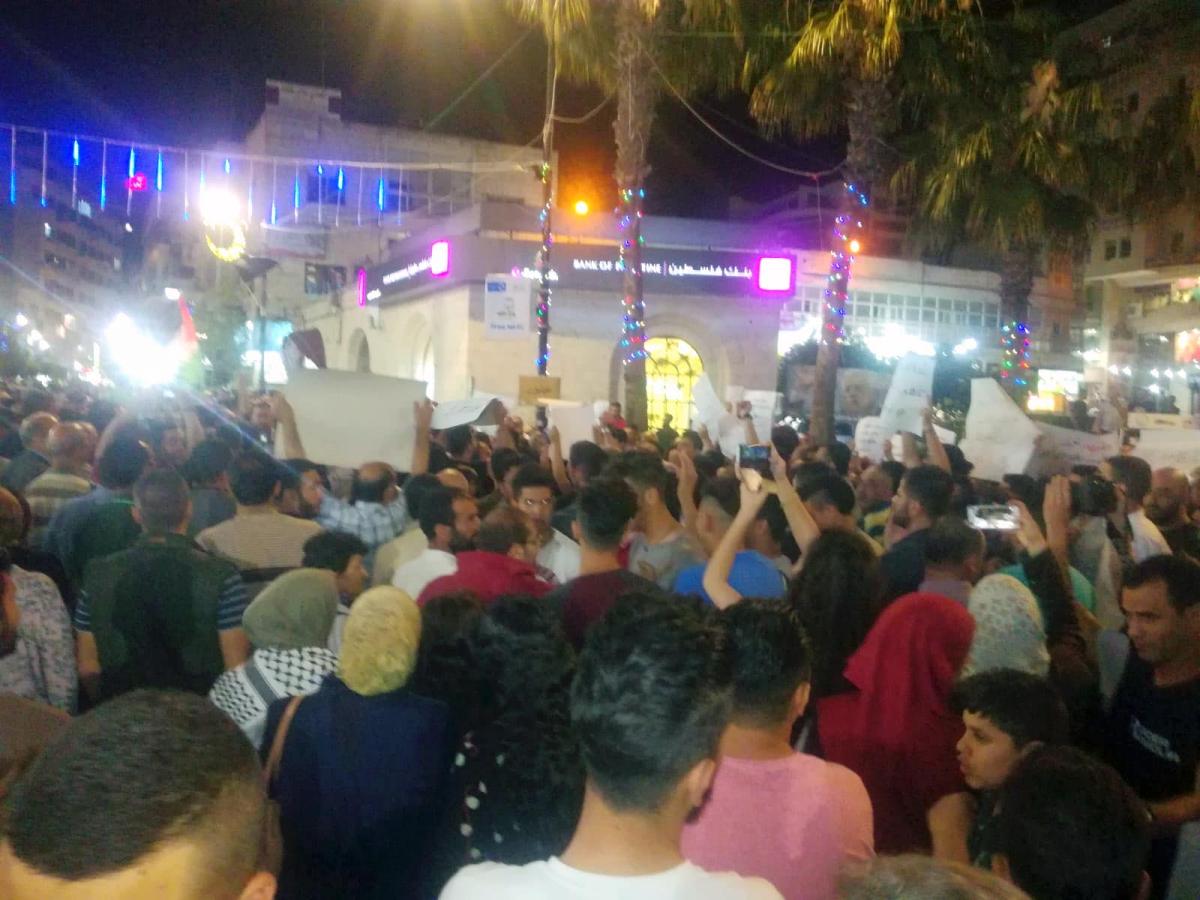 The conversations in the streets, in the shared taxis, at the checkpoints, in the homes and shops had become daily more enraged. Not enough that Israeli snipers have in the last weeks ruthlessly killed over 130 Palestinians in Gaza and injured and maimed over eight  thousand during the #GreatReturnMarch demanding right to return of the refugees to their homes from which they have been expelled 70 years ago. The PA adds an extra layer to the inhumane siege the people in Gaza are subjected to since over a decade. After Israel has destroyed all economy and most of Gaza’s basic infrastructures in repeated large scale massacres, the PA now withholds salaries to its employees in the besieged Strip and cuts payments to ensure the already scarce electricity supplies, which Israel uses as part of its stranglehold on the people, is reduced even further. 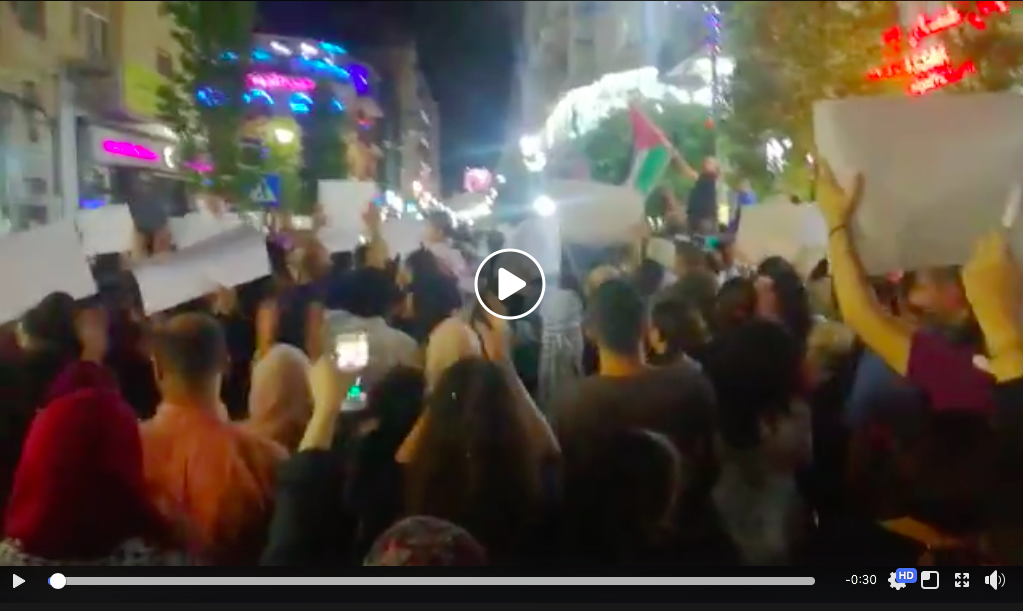 Other slogans got to the point directly denouncing the PA: “You can’t join Israel’s siege on Gaza!”

These unacceptable anti-people’s policies in Gaza are a continuity to other policies affecting as well the West Bank: The  ongoing security cooperation with the Israeli government, for example, has lead to the arrest and killing of Palestinian activists by Israel due to information received by this ‘cooperation’. The call for an end to this so-called security cooperation has been out there since a few years. The Palestinian Authority has ignored this demand as much as so many other calls to provide for the needs of the Palestinian people instead of imposing neoliberal policies, to uphold Palestinian rights in front of Israel’s apartheid regime and to effectively support the Palestinian struggle. 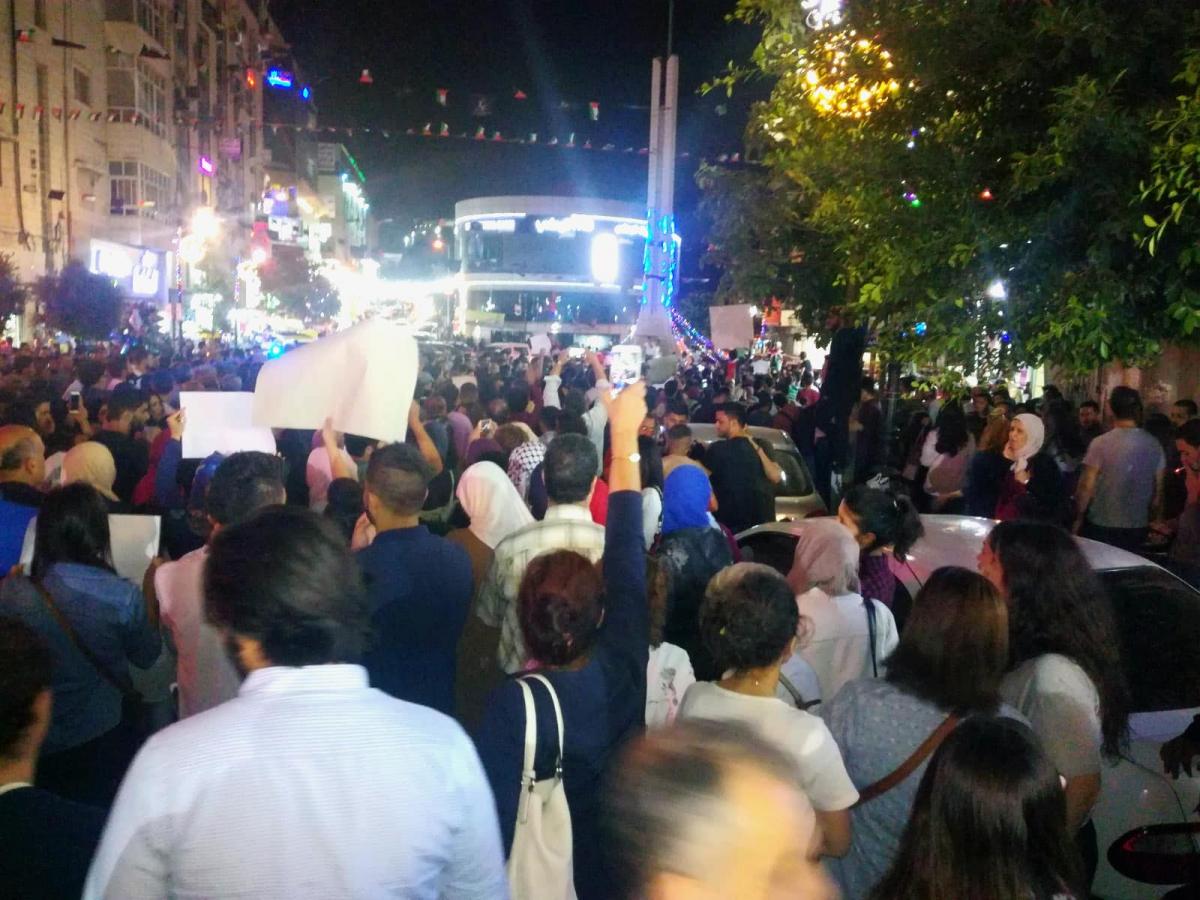 Without prospects for elections, people’s endurance yesterday night has transformed into an open challenge to the PA.

"Last night has given a strong message to the PA that you can’t join hands with Israel in the oppression of Gaza. More than that, it has shown that the Palestinian people keep united and are able to transcend the petty interests of political elites that play on the fragmentation Israel tries to impose on us. It shows that the people are ready to draw red lines and ensure they are not simply overstepped.

"On the basis of this popular consensus that is being asserted and driven by a new generation of Palestinians in struggle we can build our struggle into the future."

When around midnight people dispersed, one thing was clear. This night had changed something.