Since June 8, in Palestine popular anger about the Palestinian Authority’s policies against the people in Gaza has transformed into vocal protests. People of all walks of life joined the protests driven by Palestinian youth. As on June 13 a second protest was held, the Palestinian Authority tried to drown the protests in brutal repression. Yet, a people fighting since 70 years for justice against Israeli apartheid will not be deterred to stand in solidarity with their people in Gaza. This Saturday new protests are being organized.

Israel’s brutal repression of the #GreatReturnMarch in Gaza, in which its military forces killed over 135 unarmed Palestinians and injured and maimed over 13,000, made this mobilization even more urgent.

Last Wednesday, June 13, the PA has ordered its police forces to repress as well the people in Ramallah, ordering its police to make use of the repressive methods, the US forces under General Dayton have trained them in for years. 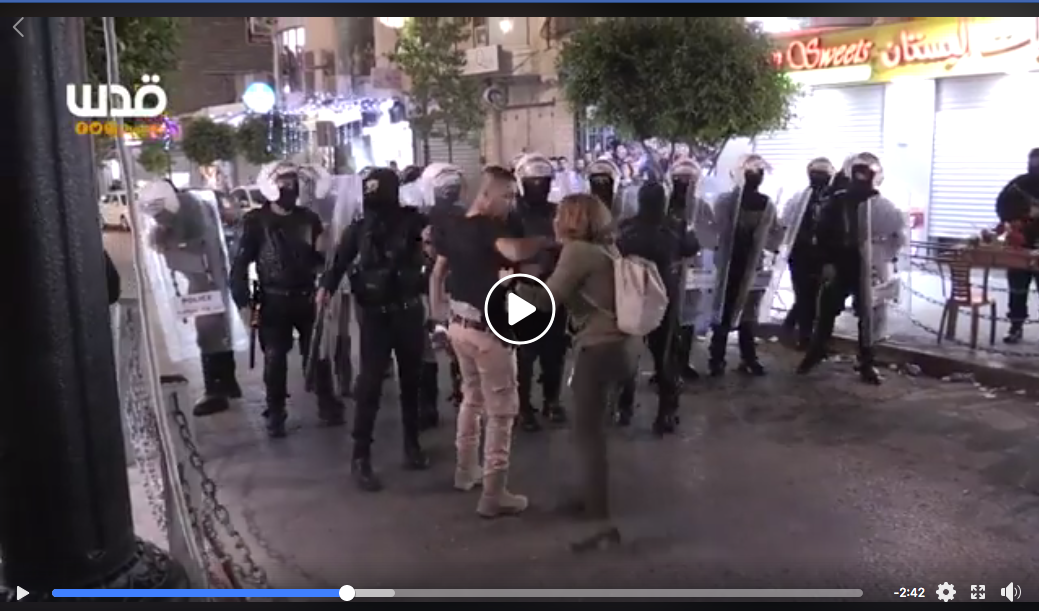 The day before the demonstration planned for the evening of Wednesday, the PA announced it was banning any demonstrations calling for the end of the sanctions on Gaza, imposed by Israel and the PA. 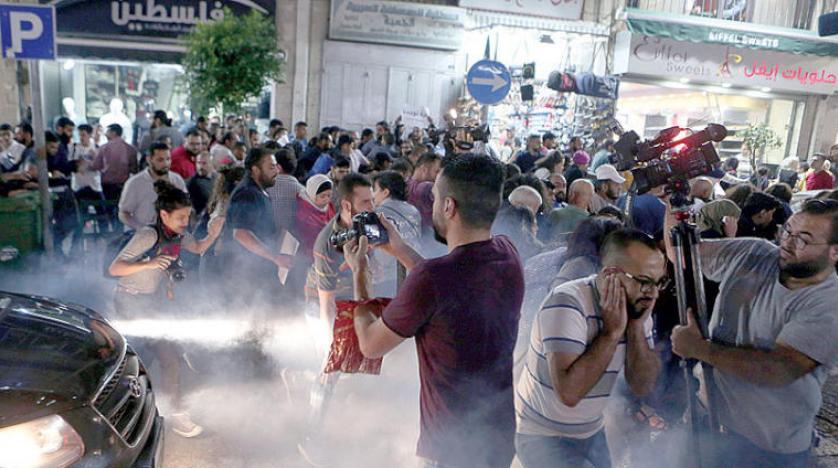 Undeterred, protestors split into groups on different streets leading towards the center of town and chanted slogans in support of Gaza and demanding an end to the multiple sanctions on Gaza. Uniformed police forces as well as undercover agents attacked and beat the people. The PA used sound bombs, tear gas and tasers against the peaceful protesters. The confrontations lasted for around 4 hours, 56 people including many youth were arrested and suffered sever ill-treatment in detention. Protesters were taken to a location where they were badly beaten. Only then, they were transferred to the PA National Guard Headquarters. 300 protesters were injured. All of those arrested were released in the early morning hours of the following day.

“This brutal repression by the PA of its own people – calling for freedom and justice for Palestinians in Gaza – is the culmination and result of the systematic efforts – including training, supervision and funding – by US, European and Israeli instructors in developing a ruthless police force that can be used as an additional layer of repression against the Palestinian people.

While we have been aware and denouncing these trainings since long, this violent crackdown surpassed anyone’s expectations. The extent to which this Palestinian Authority is willing to repress its own people at the time when we are all facing the relentless Israeli effort to use the years of the Trump administration to liquidate the Palestinian cause is shocking. It cannot and will not be tolerated by the people.

New protests are being organized in Palestine, starting this Saturday. We know that they are being mirrored in various places across the world by popular protests. We ask the international human rights organizations to monitor and join us in the defense of our rights.”

The first demonstration, held on June 10 filled the streets across the center of Ramallah with 2000 people. It was an extremely powerful and determined protest and the first of a series of actions planned to pressure the PA to end its cruel policies against the people in Gaza. Protests have been held as well in Haifa to add the voices of he Palestinian citizens of Israel to the solidarity with Palestinians in Gaza.

Nevertheless, the PA continues to uphold these policies that violate the human rights of the people in Gaza. Instead of protecting and struggling for their rights, the PA has now joined with Israel in besieging them.