Yesterday night, Palestinian activists have started yet another strategy to resist the erasure of the community of Khan al Ahmar by Israeli occupation forces: Five new structures have been built in the middle of the night just a few hundred meters from the existing structures, as a new ‘neighbourhood’. In order to demolish the structures, new legal procedures have to be started in the courts…

Some 100 activists started once night had fallen to build silently and as fast as possible the new five makeshift homesteads. Called ‘Wadi al Ahmar’, the new neighbourhood attempts to gain time for the struggle. 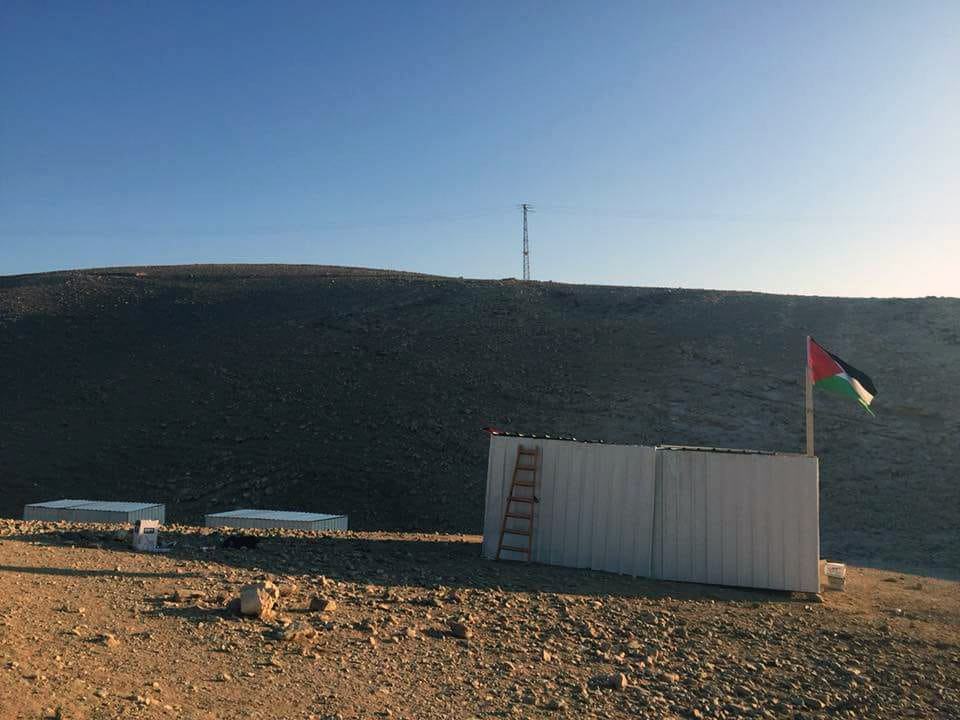 According to Israeli laws, finished structures can only be demolished after the courts have given the orders for each structure, appeals have been heard and dismissed. None of the activists has any doubts the courts will decide on the destruction of the homes, yet, in the Palestinian struggle against expulsion the every day, every dunum counts and may be crucial to achieve change.

‘Our future and our rights are not in the hands of Israel or the Trump administration. We are rooted in this land and we will foil Israel’s ethnic cleansing plans.

We will not allow Khan al Ahmar to be simply erased as they erased over 500 Palestinian villages and communities during the Nakba. As popular struggle movements we are united and determined to resist.” 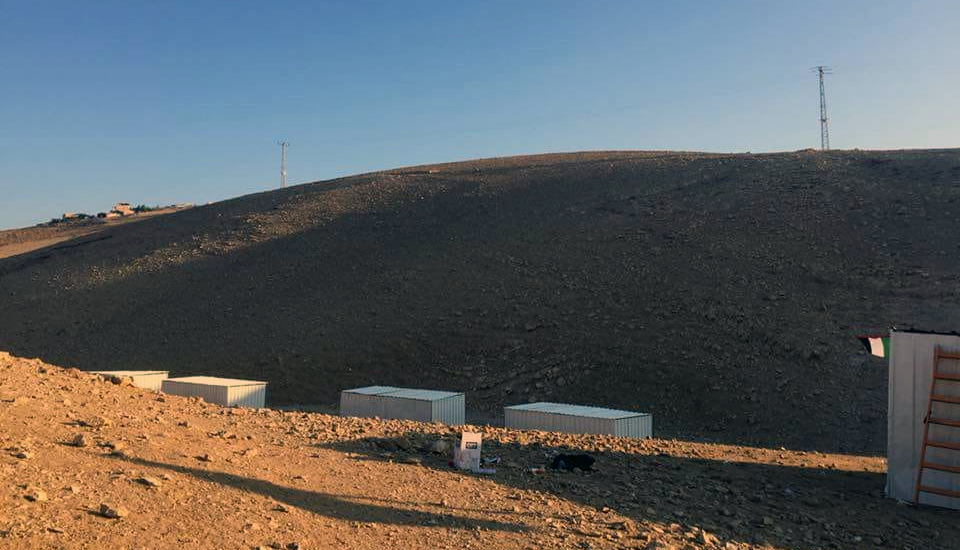 Full text of the press release from Wadi al Ahmar:

“‏We, activists of the Palestinian Popular Struggle, announce the establishment of the new Wadi al Ahmar Neighborhood in Khan al Ahmar, ahead of the looming eviction threat by Israeli forces.

‏The neighborhood was established under the authority of the Palestinian people, without pleading for permits or any other form of authorisation from the Occupation. It was constructed to undermine the plan to ethnically cleanse Kan al Ahmar in the coming days.

‏The neighborhood was named after the novel of the same name by Syrian writer, Abdallah Tantawi, which tells the story of Sheikh Izz Addin al Qassam in the Palestinain revolution.

‏Wadi al Ahmar is located a few hundred meters to the east of Khan al Ahmar, between the village and the Israeli Jewish-only settlement of Kfar Adomim.

‏It was established by about a hundred activists in a few hours, under the cover of the desert darkness, unnoticed by Israeli forces patrolling the area.

WE ARE HERE, AND HERE WE STAY!” 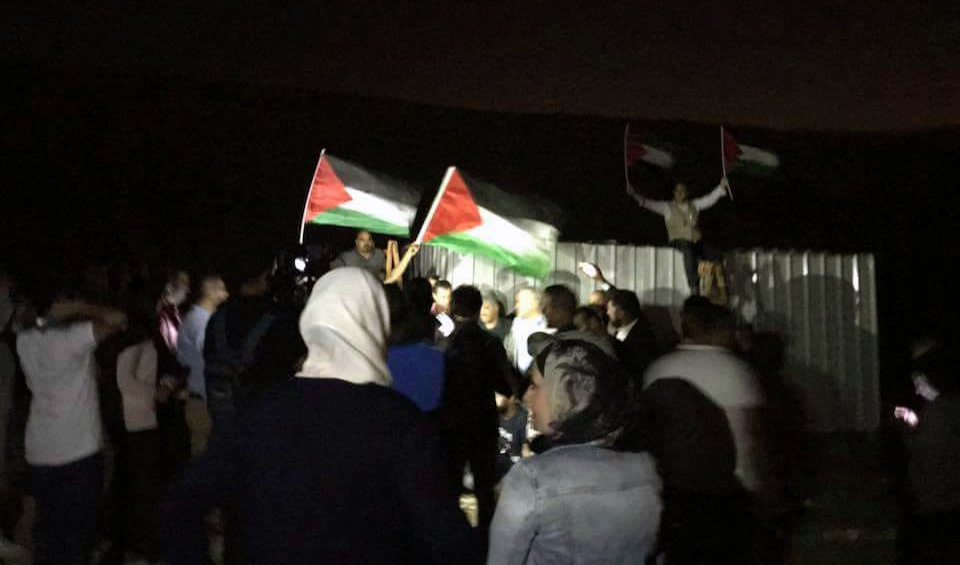