This morning Israel called in armoured bulldozers to destroy the access road to the Bedouin community. The road is already repaired and people are as determined as before to resist Israel’s ethnic cleansing.

People from the community and from the ever growing number of volunteers that stay in Khan al Ahmar to give support to the community, went to block the bulldozers. They stood with their bodies in front of the destruction machines. 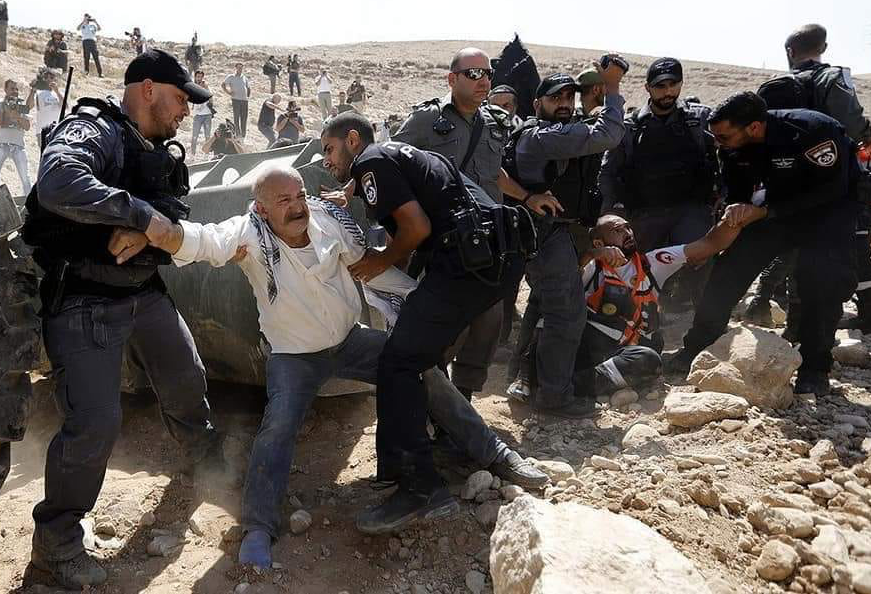 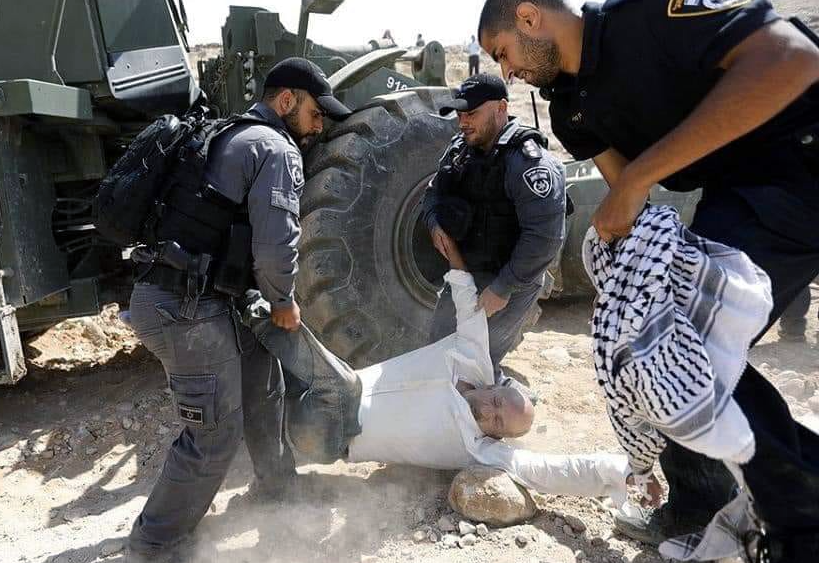 As soon as the Israeli occupation forces and their bulldozers left, people organised themselves and re-built the access road to ensure the village will not be isolated. 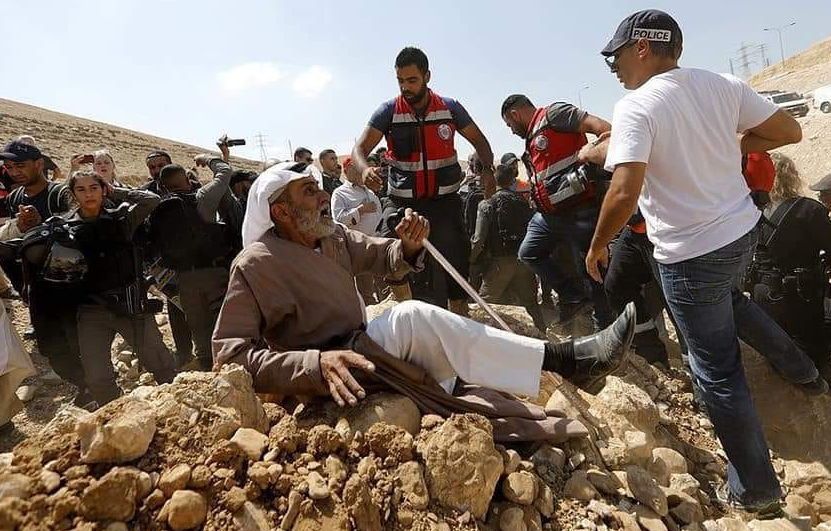 “Israel wanted to destroy the access road to isolate the people in Khan al Ahmar from the national mobilisation and solidarity on the ground as much as from the attention of the world.
They are clearly worried about the fact that the world is watching their effort to ethnically cleanse Khan al Ahmar, as the first of further 46 Bedouin communities that Israel plans to destroy.

The road is already repaired and people are as determined as before to resist Israel’s ethnic cleansing.
We call on the world to stand with Khan al Ahmar and to ensure pressure is put on Israel and on the international corporations that are selling their bulldozers to Israel so that it can destroy our homes and lives. This has to stop!” 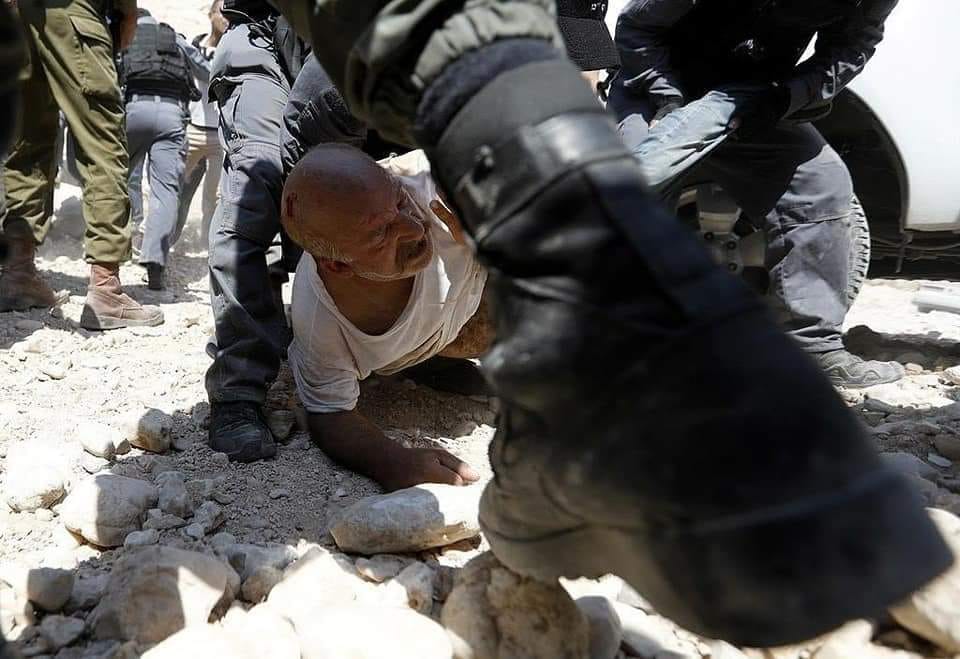