This year started with continuous, popular protests across the West Bank and with actions of solidarity between the people to strengthen the steadfastness of those in the frontlines of the Israeli attacks. As Israel attempts to push forward its policies of expulsion and apartheid in the occupied West Bank, resistance continues and grows from community to community.

The year started with a protest in comemoration of the struggle and killing in 2011 of the Palestinian activist Jawahar Abu Rahme. She succumbed to asphyxiation after she was exposed to a lethal amount of Israeli teargas during one of the village protests.

Two months ago, the people from Jabal al Rison, have started joining in popular struggle. Since then, every week on Fridays they are out in the fields in protest to defend their land. Al Rison is a hill between Kufr Mameh and Ras Karkar that settlers want to take over by force. 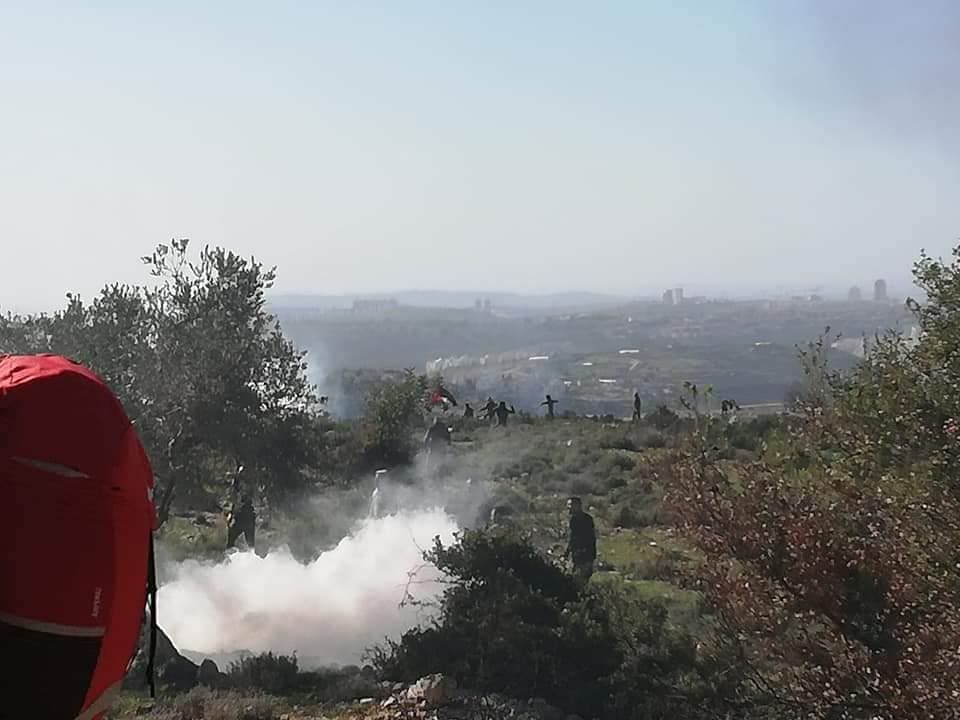 In the north of the Jordan Valley the Palestinian Farmers Union and the Land Defense Coalition, of which Stop the Wall is a founding member, have distributed grains for fodder for the animals and wheat and barley seeds for cultivation. This action was part of a campaign to support the livestock and the livelihoods of the Bedouin communities in the area, that continues for the second year.

A delegation met with the farmers in need. The head of the Palestinian Farmers Union, Raafat Khandakji underlined that the campaign to support the steadfastness of the farmers in the targeted areas, especially in the Jordan Valley and the Bedouin communities, is very important and that they are committed to ensure continued support and will encourage other Palestinian institutions to do the same because the Bedouin communities stand in the front lines in the struggle against the settlements and the Israeli displacement schemes. The representative of the Land Defense Coalition and coordinator of the Stop the Wall committees, Suhail al-Salman, added that 2018 was the year of steadfastness and challenge, during which the Bedouin communities and the people in the Jordan Valley have written some of the most beautiful pages of our people’s history of steadfastness and struggle in the face of the ferocious attack of the occupation on their land and their communities with the clear aim to displace them. However, they have proven their belonging to this land and the strength of collective action and solidarity.