On April 9, the Second People's Tribunal on Israel's role in the militarization of Latin America was held, this time with a focus on Mexico. More than 90 human rights organizations and Mexican movements have come together to present and judge the findings of a study detailing how Mexico has financed the Israeli military industry with $US182 million, importing weapons, technology and training that continue to date and facilitate the ongoing human rights violations in Mexico.

The Israeli government and companies such as the neoliberal Mexican governments of recent decades are both accused of planning, implementing, supporting and profiting from violations of the human rights of the Palestinian and Mexican people.

The People's Judgment has taken place at the same day of the visit to Mexico of the UN High Commissioner for Human Rights, Michelle Bachelet, and the discussions about the new National Guard and the laws that accompany it. 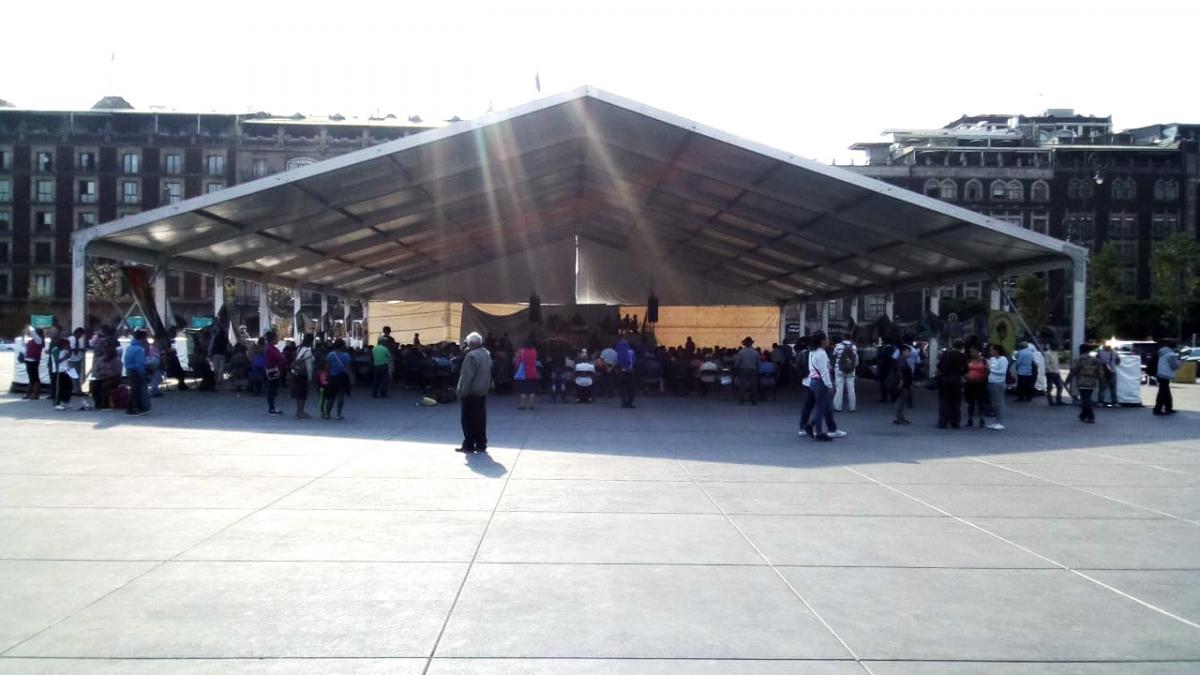 The convening organizations have presented a report that not only shos the devastating impact Israeli militarism and arms industry as part of Israel’s ongoing occupation, colonialism and apartheid in Palestine. It demonstrates the danger that the Israeli military and security industry represents for democracy and human rights in Mexico, in addition to violating international law and various United Nations conventions of which Mexico is a signatory.

Witnesses and experts of the effect of Israeli weapons, technologies and methods from Mexico and Palestine, Israel, Brazil, Guatemala, Honduras and the United States have given powerful proof and statements during the event.

Please read the full text of the verdict below. 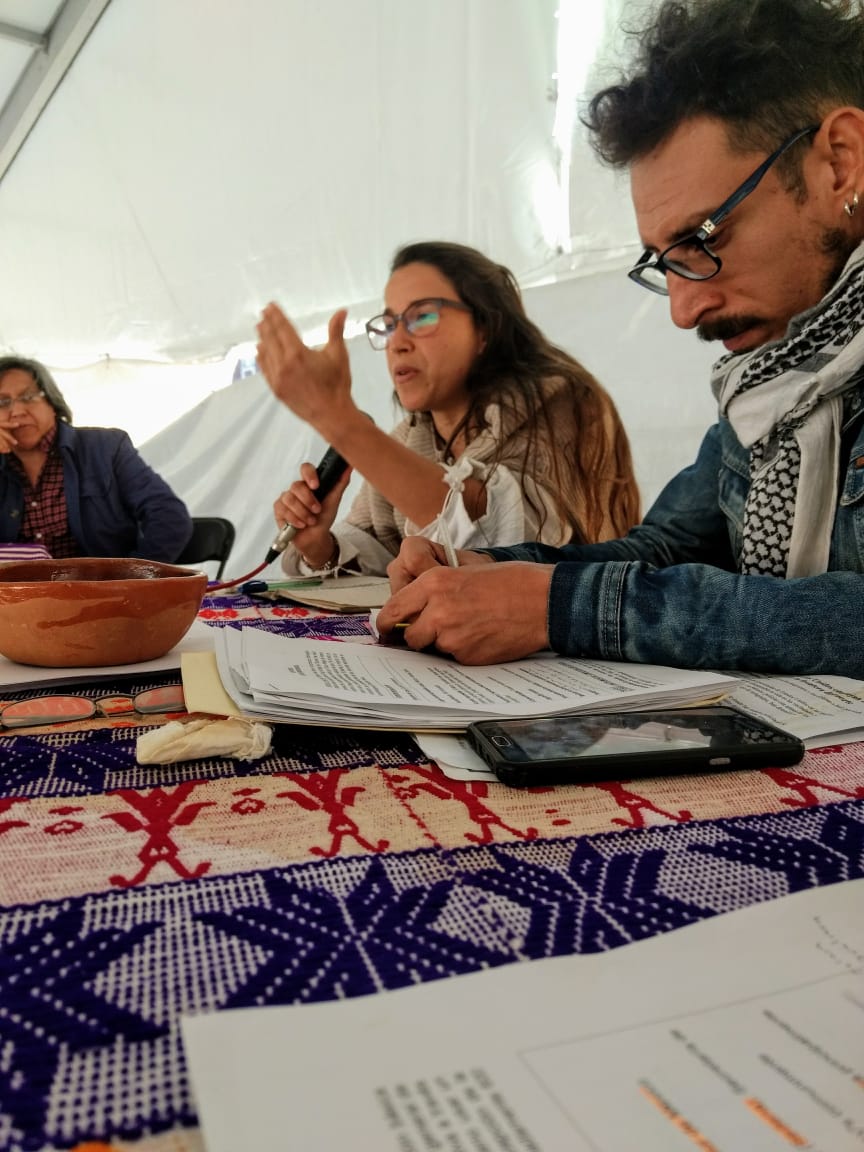 FULL TEXT OF THE VERDICT OF THE POPULAR JURY

Taking into account today's proceedings and witness accounts, do you feel that there is sufficient proof and evidence to bring the State of Israel, its institutions and companies involved in the military and security sector to trial?

Taking into account today's proceedings and witness accounts, do you feel that there is sufficient proof and evidence to bring Mexico's neoliberal governments, its institutions and companies that have links to Israel's military and security sector to trial?

We conclude that there is sufficient evidence to bring all the accused parties to trial.

We also note that the ICJ's ruling on the wall has confirmed that third-party states, such as Mexico, and the international community as a whole, have an obligation to act to stop Israel's violations of peremptory norms of international law and that they are prohibited from providing aid or assistance to these violations. It seems clear to us that there is sufficient evidence to state that Mexico evades these obligations –indeed, Mexico does not recognize the State of Palestine- and has violated and is violating these prohibitions.

It is sufficiently clear that the Israeli "security" model violates laws and human rights. Israeli weapons, technologies, and methods are proven, in the words of Israeli military industry itself, to have been developed in an illegal regime and have been used in human rights violations.

Through its embassy and private businessmen, Israel has maintained, at least since the 1990s, a conscious and systematic policy to promote its models, methods, weapons, and technology within the Mexican government. The testimonies presented here have convinced us that Israel effectively facilitated and profited from serious human rights violations committed by the Mexican government and its security and military bodies.

We recall that those primarily responsible for human rights violations during the past few decades in Mexico and in particular during the misnamed "War on Drugs" are the country’s own authorities, but the State of Israel played a complicit role. Moreover, Israel has continued to provide support and assistance to the government even after the human rights violations in Mexico were internationally recognized. Israel has promoted arms sales to Mexico knowing of the nefarious effects.

We declare that Mexico is responsible for having provided, against its obligations under international law, assistance and support so that Israel can maintain the illegal occupation of and commit crimes against the Palestinian population. Mexico's spending in the Israeli military industry is at least US$630,220,499.27. It should be noted that, without the military exports of its state and private companies, the policies of the State of Israel would not be sustainable.

There are indications that the Mexican authorities have legitimized the military and security paradigm based on Israeli repression in Mexico and other countries around the world.

We reaffirm that companies have an obligation to respect human rights and that companies in both countries are equally responsible for having facilitated, assisted, and profited from these crimes.

The procedure to be followed to arrive at a final judgment must:

We are aware that there is a clear risk that these governmental practices will continue to result in serious human rights violations, putting the right to life at risk. The technologies in question continue to be used in Mexico by companies that could put respect for human rights at risk.

As peoples and movements that have promoted this trial and are represented on the jury, we pledge to contribute to and actively participate in the Palestinian civil society's call for Boycott, Divestment, and Sanctions against Israel. We note that military and security ties have implied large amounts of money that should be invested in education, health, and other socially oriented measures instead of financing the Israeli military industry that kills Palestinians and Mexicans. 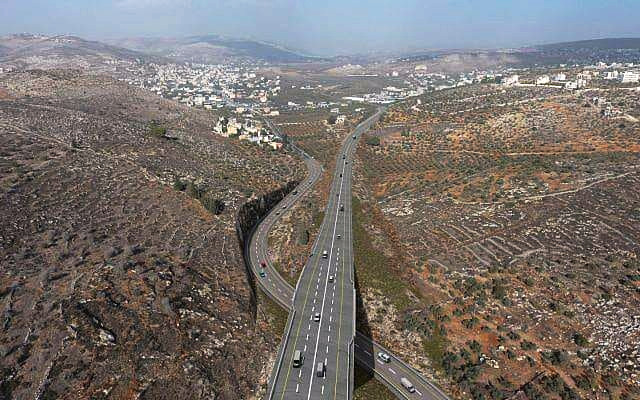 406 dunum will be confiscated to build a new Israeli road for Palestinians only, which will segregate them from settlers roads, and will connect Nablus to nearby Palestinian villages. This is the second main road that totally segregates between Palestinians and settlers. It is is part of a bigger plan to convert all Palestinian cities and […]

The representatives of city and local governments, as well as of civil society organizations who gathered in Seville during the International Conference of Governments and Civil Society Organizations in Support of Palestinian Rights, organized by the Andalusian Fund of Municipalities for International Solidarity(FAMSI), the UN Committee on the Exercise of the Inalienable Rights of the […]