November 9 – Global Day of Action for a World without Walls – this year has been the start for a number of Urgent Letters that will take place over the course of a year.

Through our Urgent Letters, written collectively by different oppressed groups, we want to address the various forms of walls of injustice and oppression and highlight ways to imagine and act radically towards a World without Walls.

Each letter will also mark crucial moments of the struggles that concern the different groups that are and will be part of our initiative to assert that we have no choice but to flourish together!

A new, inspiring journey for justice has started…

The first of our Urgent Letters: Our Time to become a Seed of Justice

The Urgent Letter coincided with the UN Climate Change Conference COP26 in Glasgow – Scotland. Our World without Walls initiative brought together 69 organizations from across the globe to denounce ‘False Solutions’, the ‘climate walls’, and the greenwashing attempts that promote human rights violations as ‘sustainable solutions’.

We highlighted how Israel’s vision of dominance and violence over people and the planet is a microcosm of the global paradigm that has brought our world to the brink of collapse.

We have reclaimed against the carbon offsetting and the Jewish National Fund’s tree planting for the sole aim of grabbing Palestinian land and perpetuating the displacement of Palestinians.

We have started to plant the first Memorial Trees; the first seeds of justice and we will continue over time to plant more of the trees and to grow their branches in honor of the memory of those who were lost to injustice and oppression across the world. It will be their roots to unseat the Walls that oppress us.

Our Seeds of Justice

Inspired by the Memorial trees in Nairobi’s informal settlement Mathari, people across the globe have planted seeds of justice.

This tree was planted by Dandora Community Justice Centre, Nairobi in memory of Human Rights Defender Carol Mwatha, with the hope that her beauty grows anew to be the shade under whose protection the community will be nurtured once again.

In Memory of Mohammed Da’das, Palestinian youth activists planted an olive tree in the village of Sinjel, Ramallah district, particularly in an area threatened by Israeli imminent seizure. Thirteen-year-old Mohammed was killed by the Israeli occupation On Nov. 5 during a peaceful demonstration against illegal settlement expansion in the district of Nablus. Mohammed’s memorial tree stands now as a reminder for Palestine’s children and grandchildren to maintain physical and spiritual connection to the land of Palestine.

In memory of Jovita Osorio who was assassinated by Colombia’s ESMAD in 2021 and Jawaher Abu Rahmah who was killed by the Israeli army in 2011 during a peaceful protest against Israel’s Apartheid Wall in the village of Bil’in, BDS Colombia planted a tree of justice. Both Jovita and Jawaher were killed by inhaling tear gas supplied by the same company, Combined Systems Inc (CSI) to the two oppressive regimes.

South African Jews for a Free Palestine  (SAJFP) planted a memorial tree of solidarity with the Palestinian people. The tree was planted in the Palestinian Nakba Memorial Forest. The forest was created by SAJFP to acknowledge the Nakba- the mass ethnic cleansing of two-thirds of the Palestinian population in 1948. The creation of the forest was also an act of exposing and shaming the JNF’s role in covering up destroyed Palestinian villages by planting non-native pine trees like the village Lubya on whose remains the JNF established a park in the name of South Africa.

The Salt River Community in Cape Town planted a memorial tree to emphasize continuous solidarity and unity to dismantle apartheid and make justice and human rights prevail as part of the struggle for climate justice.

Comité Argentino de Solidaridad con el Pueblo Palestino planted a memorial tree in honor and solidarity with the struggle of the Palestinian people for self-determination.

Activists also made a creative mural that symbolizes the struggle of Palestinians against Israeli settler colonialism and apartheid. 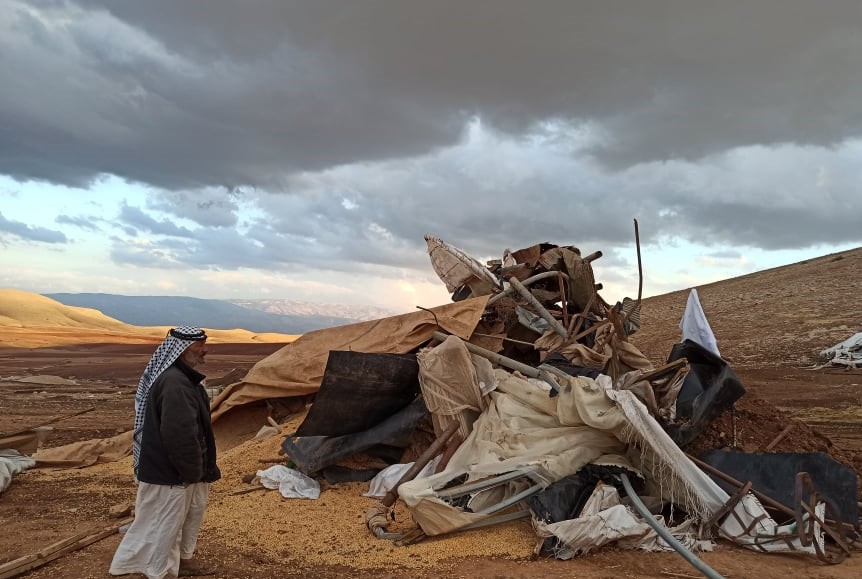 On November 25, 2021 the Israeli occupation authorities issued four demolition orders that have put ten structures in the Bedouin community of Al-Hadidya in the Northern Jordan Valley under imminent demolition. The ten threatened structures belong to Abdelraheem Bsharat (Abu Saqr) and his family. They comprise the family’s residential tents and the shacks of their […] 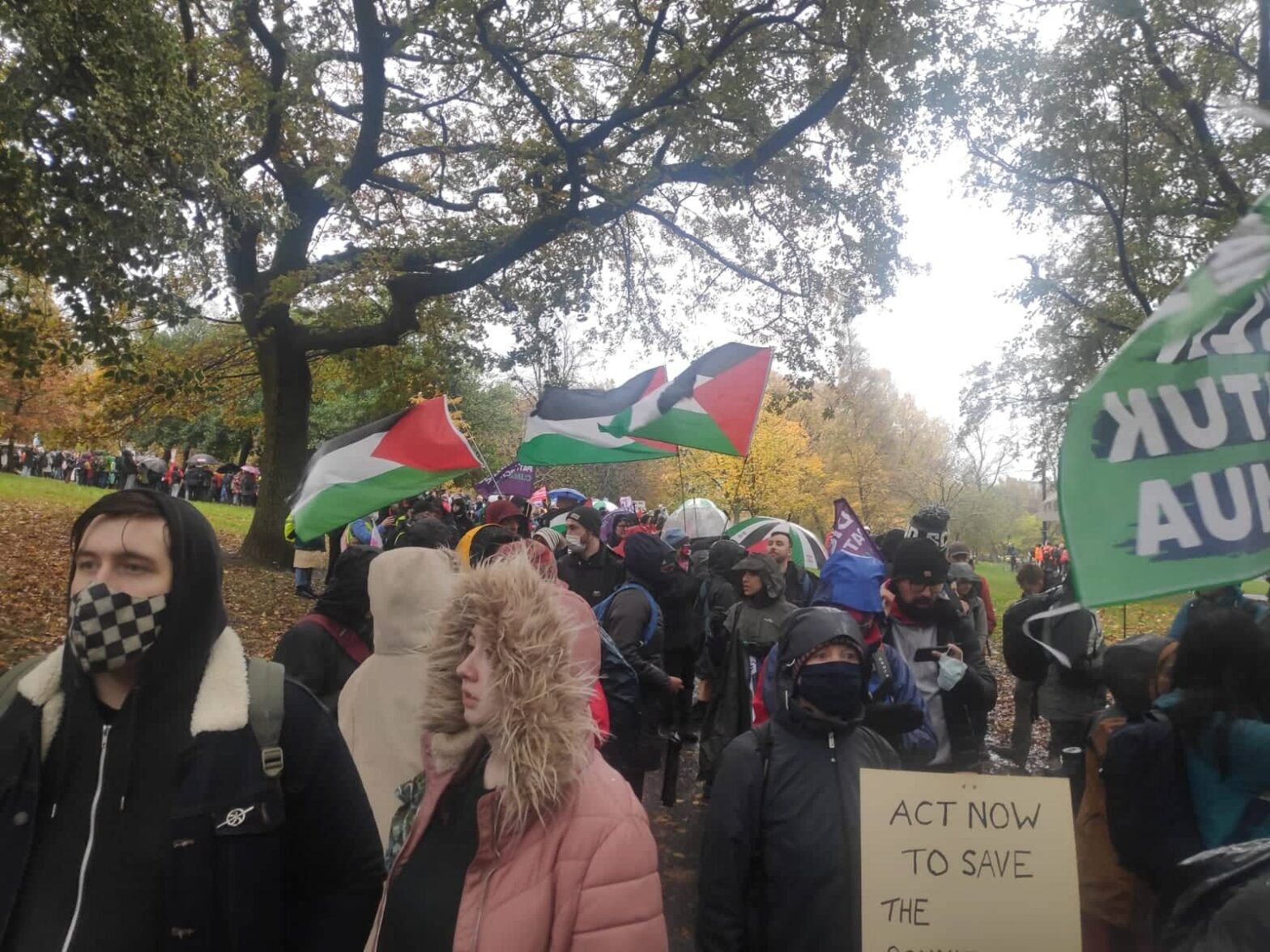 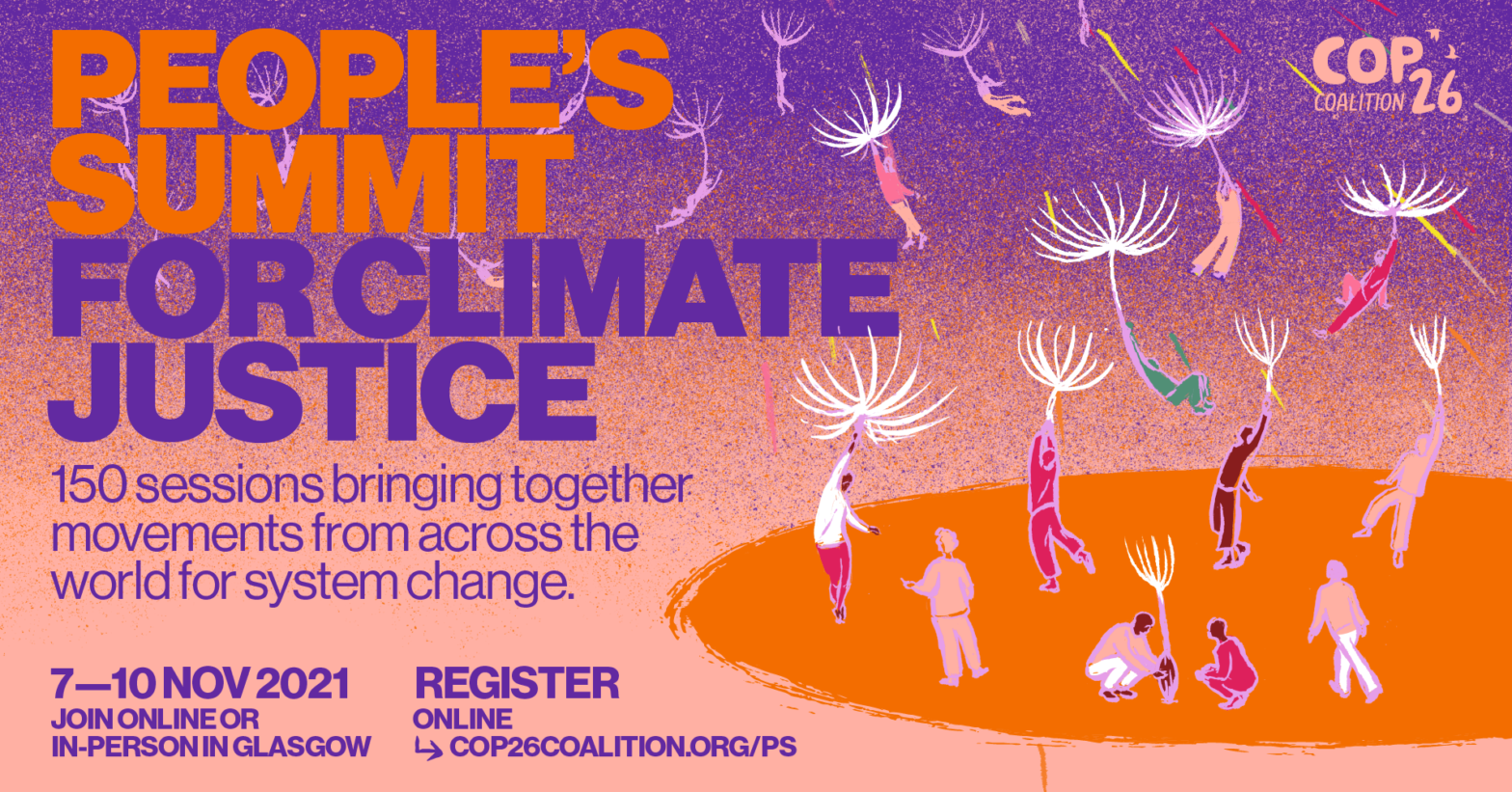