Herak Shababi Mustakel, the Independent Palestinian Youth movement, calls for the expulsion of Tony Blair from Palestine and considers him an unwanted person. 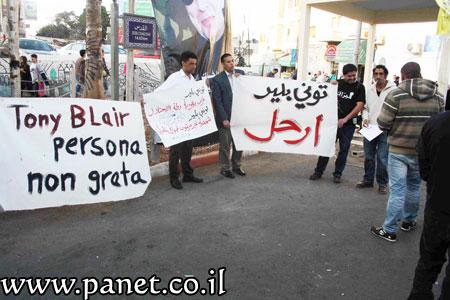 "Tony Blair persona non grata." This statement is in response to the Quartet's current Special Envoy in the Middle East. Tony Blair, said "The Arab Spring is a threat to peace in the region and the world" and considers that the prisoner swap, the release of Palestinian prisoners, will "strengthen terrorism".

Blair took his position in the Quartet's current Special Envoy, only one day following his resignation as prime minister of Great Britain. The resignation came after he lost the trust of a nation by sparking public fury, which lead to a march of 1 million people in London, over not only his invasion of Iraq but furthermore the lies which preceded it. On Britain and the US's invasion of Iraq, there were no grey areas and no extenuating circumstances; it was illegal and in direct contravention with international law as it was not authorized by UN Security Council. Blair's justification was that Iraq could deploy its weapons of mass destruction in 45 minutes. We know now the aim from the start was not to merely topple Saddam Hussein, but to occupy the country, seize control of its oil, and use the country as a strategic base to extend tighter Western and US dominance over the region. The Iraq war lead by Bush and Blair was never about "liberation." To this day there has been no proof of weapons of mass destruction.

Since Blair was appointed as an envoy for the Quartet in 2007, he has pursued a policy of favoritism, flattery, and profit by supporting Israeli policy. He has been a representative of United States interests, not of the Quartet. He can be seen more Zionist than the Zionists Jews and non-Jews in America, and more Zionist than the Israelis themselves. He has earned his title of being the Godfather of the Israeli Occupation, by pushing for measures that ensure Israel as an exclusively Jewish state. 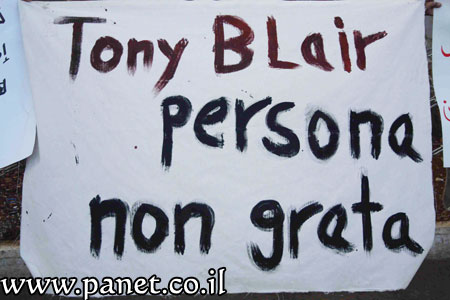 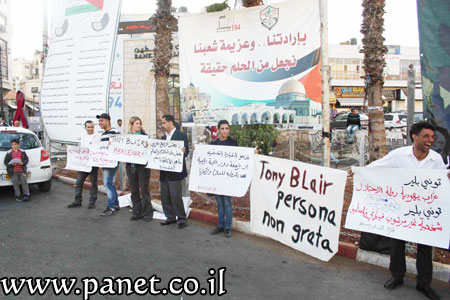 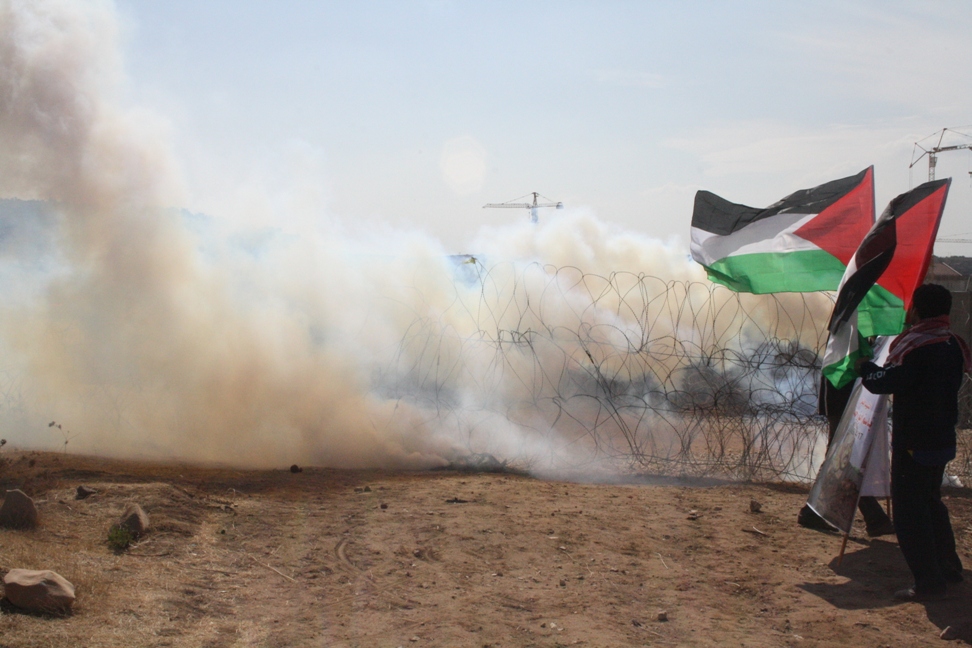 "Our Resistance Exists Because of Israeli Occupation"

“We shouldn’t link our popular resistance to a time-bound goal. It should continue as long as its main reason exists, which is the Israeli Occupation." The occupation forces oppressed the Anti-apartheid Wall and -settlement weekly protest around the West Bank by using metal bullets covered with rubber, gas, and sound bombs against Palestinian and international […]

In July 2011, three civil society organizations filed a complaint with the World Bank's Inspection Panel regarding the Bank's studies for the Red Sea – Dead Sea Water Conveyance project that aims to divert water to the Dead Sea, which has been shrinking for years. The Global Initiative for Economic, Social and Cultural Rights (GI-ESCR), the Palestinian […]