The second anniversary of the start the popular resistance by the people of Nabi Saleh was marked by the brutal injury of young Mustafa Abdul-Razzaq al-Tamimi, 27, who was shot in the face at less than 10 meters. This occurred while the UN Special Rapporteur for the Freedom of Opinion and Expression was visiting the village. Al-Tamimi was seriously wounded in the head by a tear gas canister fired by the soldiers directly at him from a close distance. From the impact of the gas bomb, his face was split, losing a large amount of blood before being transferred by car to the hospital. The ambulance was stopped at the Nabi Saleh checkpoint by the occupation forces for 30 minutes. Subsequently he was flown for treatment at an Israeli hospital in Tel Aviv.

The Stop the Wall Campaign comments: “The brutal repression in Nabi Saleh today was matched by escalation of Israeli violence against other villages. It has shown not only the complete disrespect for Palestinian lives and rights but it was as well a slap in face of the UN Special Rapporteur present in the village and the international community. It is time the world governments start to put concrete pressure to hold Israel accountable.” The repression of today`s protest lead to the injury of six other people. A cameraman from Palestine TV, Najib Fraona, and Ahmed Abdullah Khreish were both hit by rubber bullets. Wa'de Tamimi was hit by a tear gas canister that fractured his foot and a girl, Nissan Tamimi, was shot with a tear gas bomb that broke her hand. Fadel al-Tamimi was wounded by a rubber bullet in his ear and another one in his foot. Muhammad Abu Samra was wounded by a rubber bullet in his ear. Additionally, dozens of people suffered from tear gas suffocation.

Notes for the editor:

Nabi Saleh has a population of approximately 500 residents and is located 30 kilometers northeast of Ramallah. The Israeli colony of Halamish (also known as Neveh Tzuf) was established on lands belonging to the villages of Nabi Saleh and Deir Nidham in 1976. Halamish colony has continued to expand and steal more Palestinian land. In the summer of 2008, the Israeli colonists from Halamish seized control of a number springs, all of which were located on private Palestinian land belonging to residents of Nabi Saleh. In December 2009, the village began weekly demonstrations in opposition to the illegal Israeli colony of Halamish annexing of the fresh water springs and stealing of more of the village’s land. Since Nabi Saleh began its demonstrations, the Israeli military has brutally sought to repress the protests, arresting more than 13% of the village, including children. In total, some 90 village residents have been arrested. All but three were tried for participating in the demonstrations. Of those imprisoned, 29 have been minors under the age of 18 years and 4 have been women. 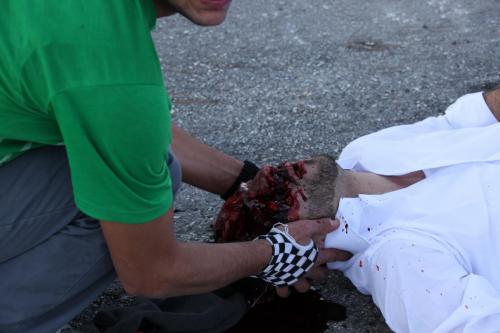 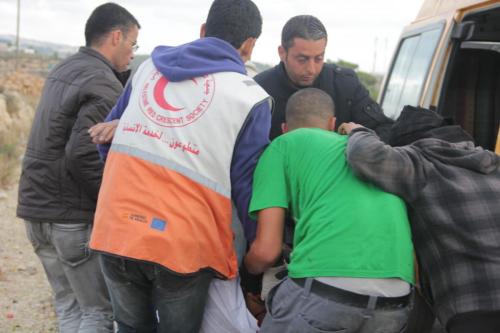 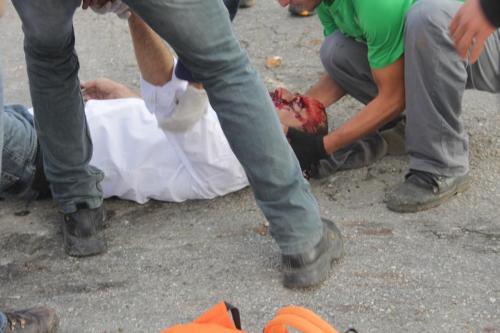