Sireen Khudairi was stopped by Israeli soldiers on her way home from university. After four months she was released. There had been no trial. When she asked the interrogators what she was accused of, the answer was: «That you have to tell us».

A Norwegian solidarity worker with Stop the Wall meets her at a training course for textile workers where she is his interpreter. She thinks the detention is for some «left»­activity. When she was released she was immediately wanted again, and after 3 months she was again jailed for one week, this time in full isolation in an underground cell. 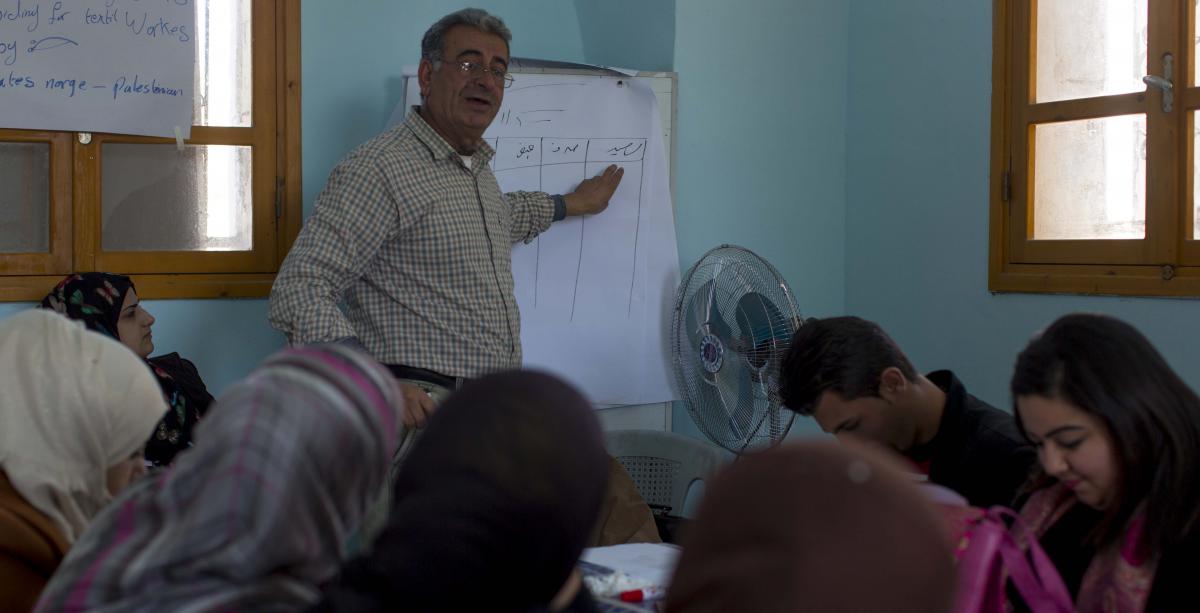 In Palestine there are few independent trade unions. Most of them are tied to parties, organizations and the Palestinian authorities. As a reaction to this and to have an active and democratic trade union The Palestinian New Federation of Trade Unions, or New Unions in short, was established in 2013.

Assistance from a trade union group in Norway ­

They have got an early assistance from a trade union group in The Norwegian Palestine Committee ­ 'Workmates Norge ­Palestina', both for the costs for registration and for training courses of representatives. Internationally it is a goal to develop ties between the union and friendly unions throughout the world. The Norwegian group has started the work with trade unions in Norway.

The 4 main political tasks for the New Unions are:
Struggle against the system of work recruitment through agents and intermediaries.
Stop the illegal union fees to the Israeli trade union, Histadrut, and to have these contributions of the workers directed to the Palestinian trade unions.
Struggle for the right to social security systems and a decent minimum wage.
Struggle to enact labour laws, fixed deadlines to finish labour law court processes, and change the legal system through political pressure.

The organization has little resources, and what they have comes from the small membership fee that they will increase when they are well established and can show more good results. 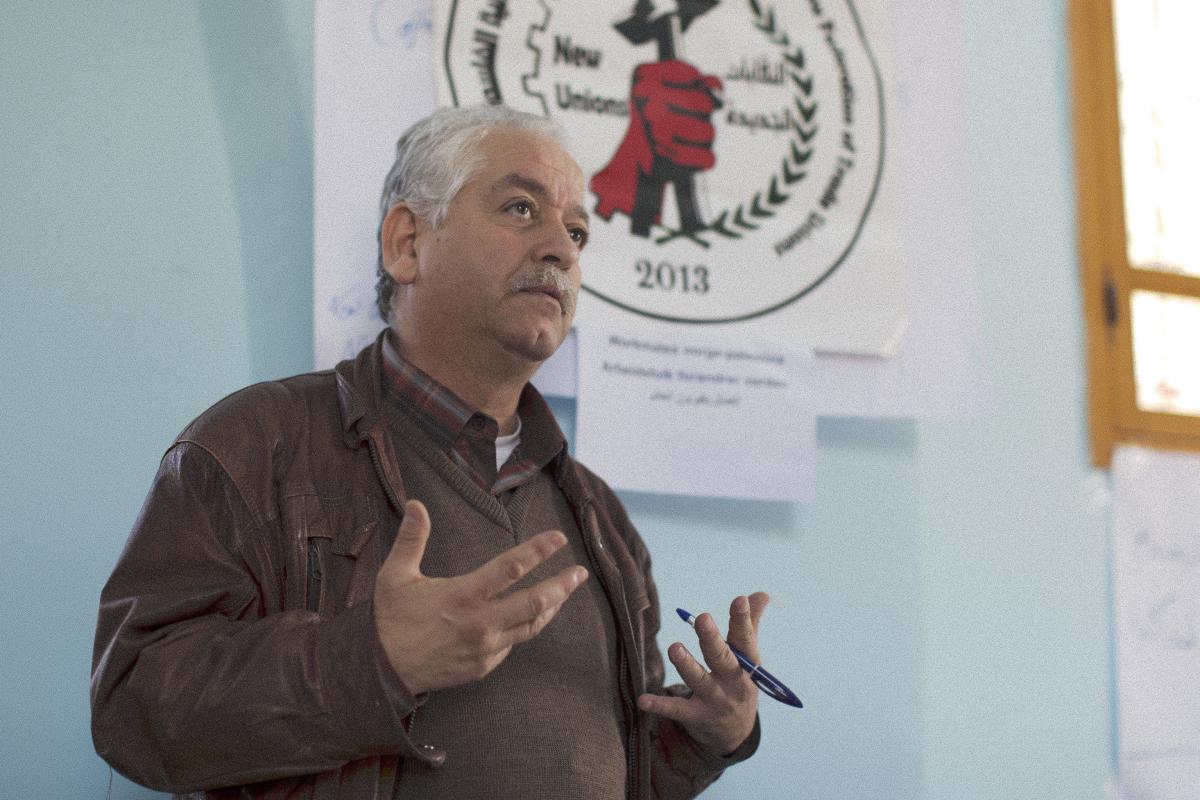 In this period they are building the organization and developing the knowledge of their representatives regarding trade union tasks and how to perform them. In Tulkarm, a city in the North on the West Bank, the first training course for textile workers representatives has been conducted with great enthusiasm. Professional instructors have given lessons on topics like managing meetings, the history of the international and Palestinian labour movement, financial management, occupational health and safety, Palestinian and Israeli labour law, what is the union, and public communication skills.

Important for the union members

This is an important step for the union members. Many of them have the same experiences as Sireen Khudairi and need to know their rights and be organized to have a better life, to fight for better labour conditions and for the independence of their country.