Saturday 20 June 2015, thirty activists of the BDS French campaign (Boycott-Divestment-Sanctions) activists carried out a non-violent protest today at the Paris Air Show,  surrounding the stand of the Israeli company Elbit.  This company is the principal supplier of killer drones to the Israeli army, which used these weapons during the massacres in the Gaza Strip in 2014.

A second group of activists simultaneously went to the stand of Thales to denounce its partnership with Elbit in the manufacture of the Watchkeeper drone, which may be used to equip the French army.
The BDS Campaign is calling for an immediate military embargo and sanctions against the state of Israel until it complies with international law.
The BDS France Campaign considers that Israeli companies present at the air show are accomplices to war crimes and should be tried and condemned by an international court.  Instead of which, France welcomes them with open arms and allows them to do business with total impunity. 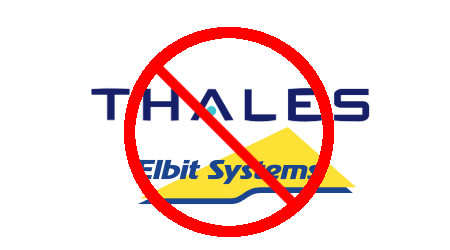 
Statement read out to the public

This is a non-violent, peaceful intervention.

We, activists in the Boycott-Divestment-Sanctions campaign, denounce the presence here today of Israeli companies which collude in war crimes committed during the slaughter of the Palestinian people, notably during the attacks carried out against Gaza in the recent past.

Behind us, the Elbit company is presenting its drones, forgetting to point out that these are not toys but killer weapons used for extra-judicial executions, in other words for assassinations.

We call upon France to refuse to equip the French army with the Watchkeeper drone developed by Elbit and Thales.

An international military embargo must be put into effect against Israel as long as it does not respect international law.  This state allows the companies here today to use the Palestinian people as guinea-pigs in an open-air military laboratory, notably in Gaza.

As was the case for South Africa in the past, there must be a boycott of Israel, which for almost 70 years has been oppressing Palestine, perpetrating an occupation and putting in place a system of apartheid! 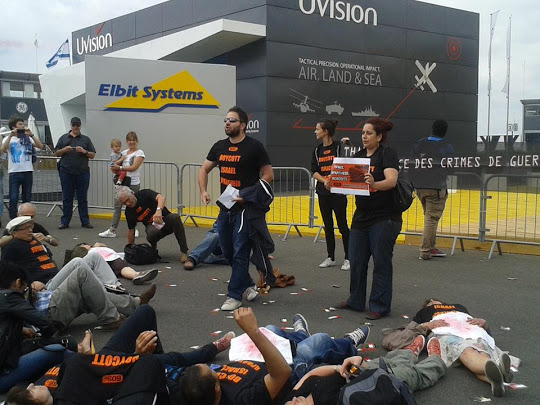 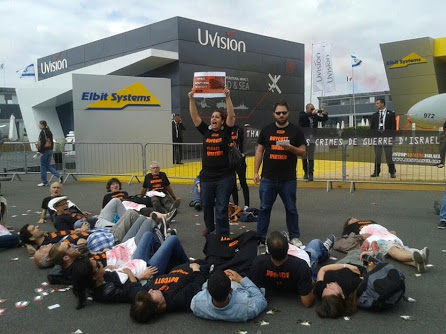 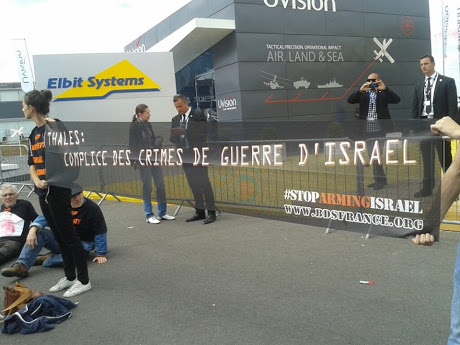 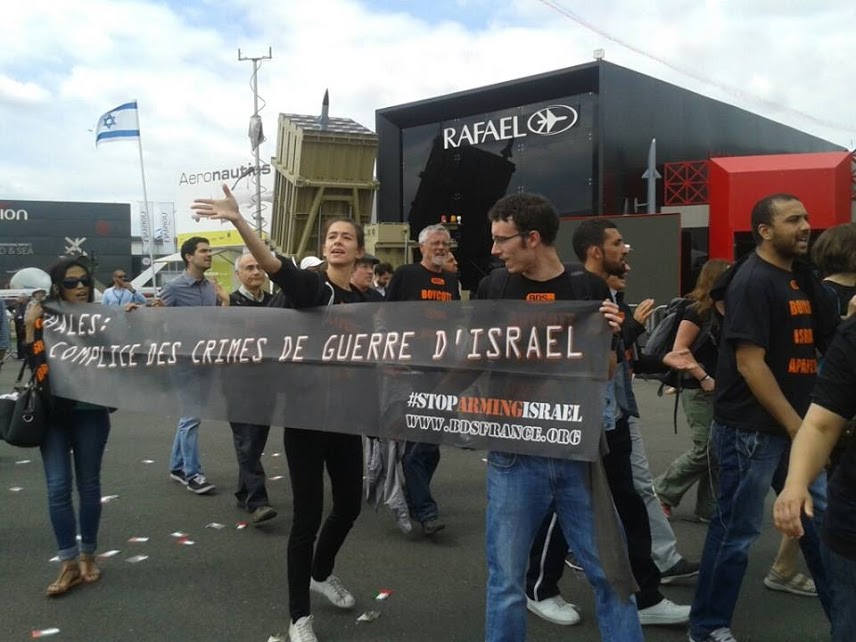 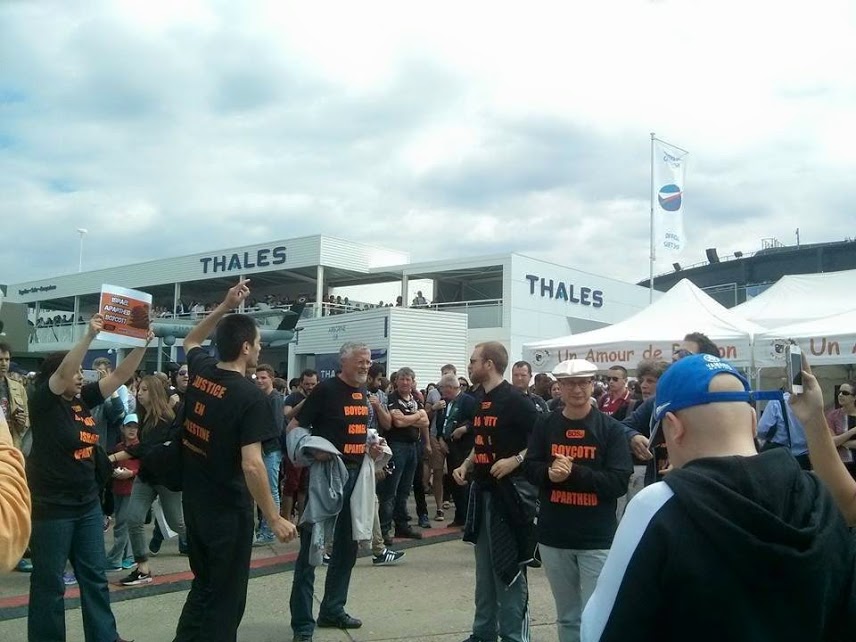 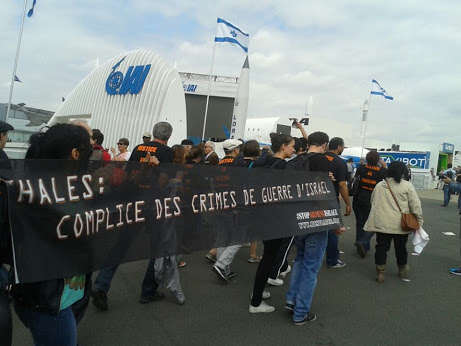 London Palestine Action, a Palestinian solidarity network based in London that thrives on creative action against Israeli apartheid, particularly through the usage of BDS campaigns, has organized a peaceful protest to be held on the 6th of July, 2015 at the Elbit factory in Shenstone near Birmingham.   The protest will transform the area surrounding […] 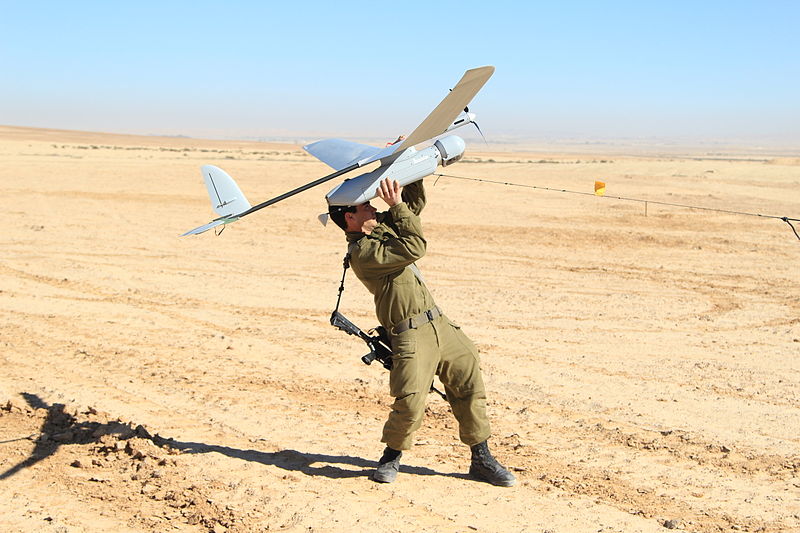 BDS Switzerland condemns the Swiss approval to the purchase of Israeli drones amidst significant opposition inside and outside parliament.   On June 16, 2015, a majority in the National Council of the Swiss parliament voted in favour of purchasing six Hermes 900 drones from Israeli company ELBIT for the Swiss army. A sum of CHF […]