Hundreds of protesters gathered around 11:00 a.m. for the Sunday demonstration in Bir 'Ona, a neighborhood of the city of Beit Jala which is undergoing operations of land confiscation since the beginning of August. Alongside the Popular Committee of Beit Jala, important religious representatives, such as the former catholic patriarch of Palestine, Michel Sabbah, and many other community leaders of the West Bank districts, joined the protest and condemned the construction of the Apartheid Wall and the illegal settlements. 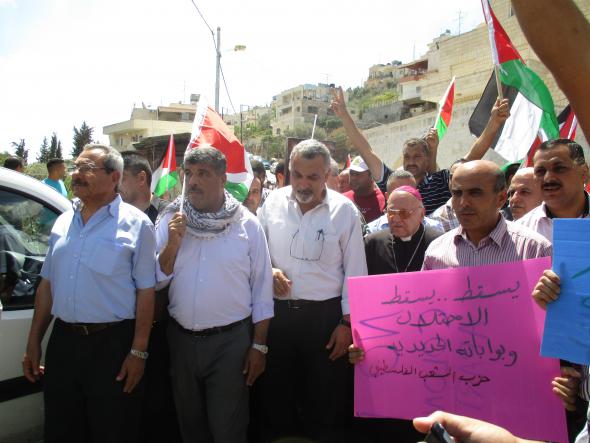 Israeli occupation forces had invaded the land of Bir 'Ona since the early hours of the morning, safeguarding the bulldozers work which is continuing the preparation of the path for the new section of the Apartheid Wall.

On arrival the protesters noted that soldiers had occupied the rooftops of the locals' houses, a strategic position to control and oversee the demonstrators’ actions. Also from afar Israeli military vehicles were visible, spread throughout the confiscated land with a deployment of soldiers blocking the various pathways that led to the area of the action.

After a brief gathering the protest headed towards the military block which was set up to block the entrance to the valley, well aware of the soldiers present on the above rooftops. 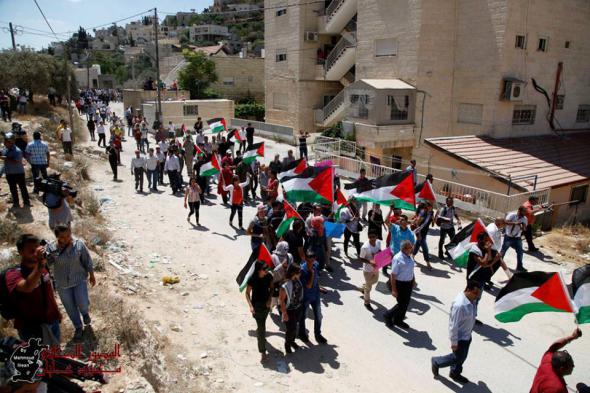 Just a few minutes after reaching the front line, the protest was broken up by tear gas and sound bombs coming from above. The protesters scattered where they could, in the meanwhile the Israeli forces reorganized their positions, blocking a parallel pathway. A small but compact group remained standing up in front of the Israeli occupation forces, chanting and carrying their Palestinian flag, when additional tear gas, sound bombs and physical attacks violently suppressed the demonstration. Two Palestinian protesters were arrested in the clashes (at least one was released during the following night hours).

Palestinian resistance and the struggle in Beit Jala will go on with “daily popular activities and weekly Sunday mobilizations” as stated by Mazen alAzza, coordinator of Stop the Wall Campaign in Bethlehem. 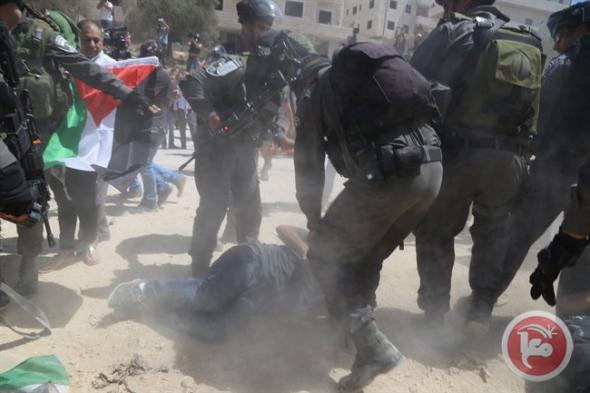