Thursday, at 7:30 in the morning Israeli military entered the Jordan Valley community al Hadidiya for yet another wave of demolitions. The punitive operation targeted the family of the head of the community, Abu Saqer, and was a clear retaliation for the fact that the people of al Hadidiya had started to prepare the dirt road that links the village to the world for the rainy winter months placing gravel onto it. Abu Saqer’s pregnant daughter has been attacked by the soldiers and is currently in hospital risking to loose her baby.

Two army bulldozers accompanied by six military jeeps invaded al Hadidiya and destroyed ten structures owned by Abu Saqer and the 40 members of his extended family. This included the barracks where his family lives, the shelters for the animals, the oven where the family backs its bread and the shelter where he stores the fodder for his livestock. Additionally, the army destroyed as well two shelters belonging to Abu Saqer’s son, Gazi, leaving as well him, his wife and two children without a place to live. The army demolished as well two shelters and a tent belonging to Mohamed Mahmoud Bisharat, one of the elders of the community. 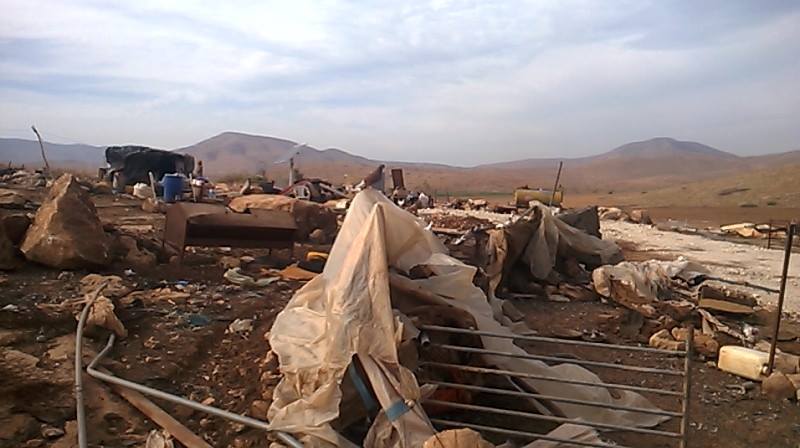 During the wave of destruction, the military brutally attacked Abu Saqer’s daughter, pregnant in her third month, who had to be brought to the hospital bleeding.

Only the solar cells that give the community some access to electricity have been spared in what seems an effort to avoid reaction by the donor community against the destruction of their projects. The images of the intact solar panels amidst the wanton destruction of everything else beg the question about the rationale behind a focus by international NGOs on Israel’s destruction of aid projects within the framework of ‘aid efficiency’ when really what is at stake are the lives and survival of entire communities in front of Israel’s policies of forced population transfer and ethnic cleansing.

This invasion and destruction comes after yesterday the military destroyed the efforts made to prepare the access road to the village. A month ago, the community started to put gravel on the dirt road to ensure it would keep accessible as well during the upcoming raining season. This would allow the children to keep attending school and guarantee access to services and other villages and cities for the community. People had been working with their shovels and with a tractor owned by the community on this project. Abu Saqer was responsible for liaising with the international organizations that supported the project. 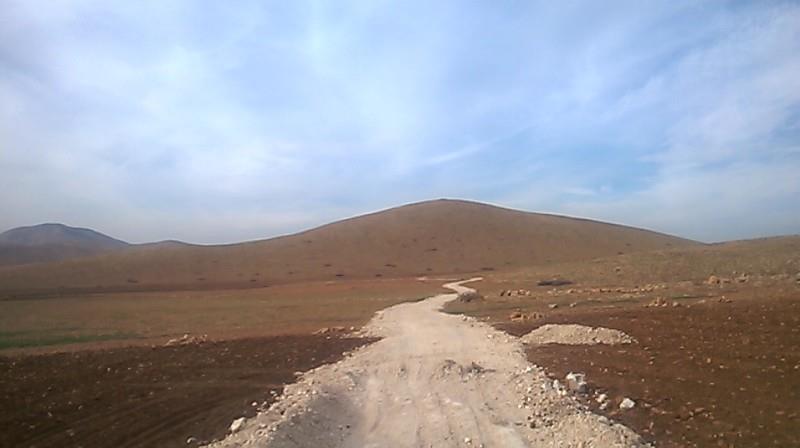 As times before, the Israeli military turned up today, without demolition orders and destroyed a good part of the community as a collective punishment for the effort to improve the conditions of a dirt road with gravel.

The military returned another time in the afternoon to threaten the community members that had started to rebuild the structures and shelters. They singled out Rashid al Kadiriy, the owner of the only truck in the community and told him that his truck and Abu Saqer’s tractor would be confiscated if they continued to rebuild the structures and would not within an hour demolish again what they had already built. The military further informed them, that their structures and existence is ‘illegal’ and that they had to move elsewhere. 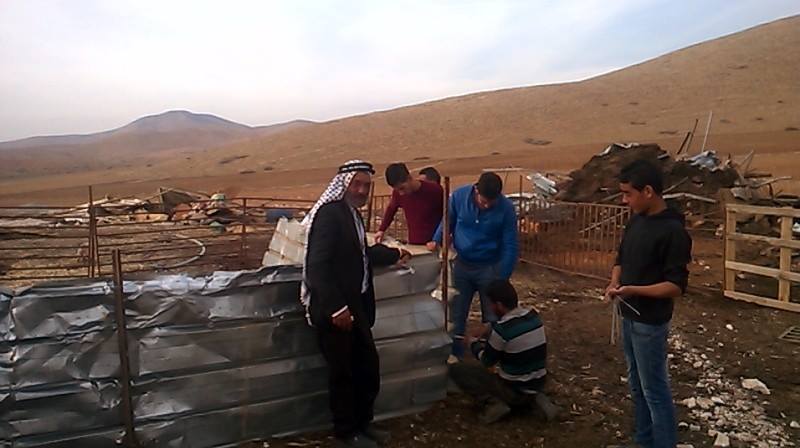 Al Hadidiya was a thriving farming community before the occupation of 1967, with around 160 families living in traditional stone-built houses.  In 1997 they were driven from the land that they owned and had no choice but to settle several kilometres away – moving into makeshift tents. They have been forced to live like this for the last 18 years, with the occupation authorities systematically denying them the right to build any permanent structures, or to have running water, electricity, schools, health care or roads. 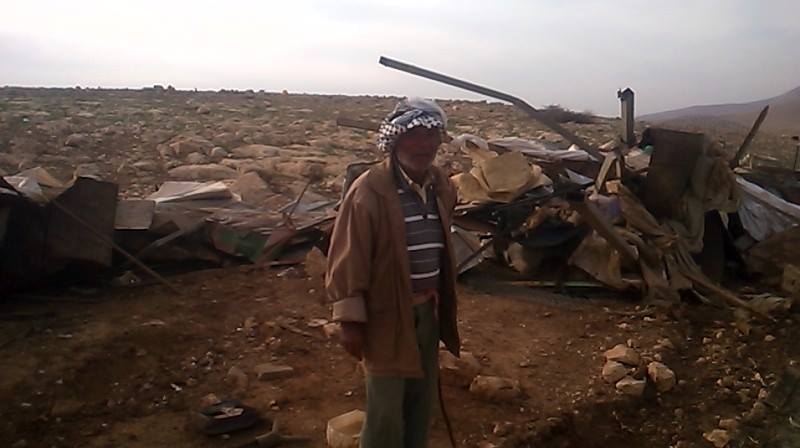 In 2000, over 15 families left due to measures imposed by the Israeli army that limited the community’s access to water. Tractors and water tankers were confiscated on the grounds that they were located in a ‘forbidden zone.’ One water tanker was confiscated for eight months and only released when residents paid a NIS 12,000 fine.

In 2002 and 2003, some eight families left the community after the Israeli army dug a trench to the west of Al Hadidiya, impeding residents’ access to food, water and basic services. A few of the families sold their sheep and moved to Tamun, which is located in Area A. These families now survive as paid laborers or rely on their children, who are herders. Others went to the Khirbet Atuf area and continued herding.

In June 2011, the Israeli military carried out two sets of demolitions in Al Hadidiya, demolishing 33 structures, leaving 37 residents without homes and undermining the livelihood of a further 15. Most of these, 29, were demolished on 21 June 2011. Since that time, a court case against further demolitions is pending in Israeli courts and theoretically frezes all demolition orders. Yet, the remaining twelve families that stand firm and refuse to leave the area have already seen several demolitions occurring without legal orders or prior notification.

To further push the community out of their lands, military exercises using heavy tanks and live ammunition are regularly held within a few hundred metres of people’s homes. 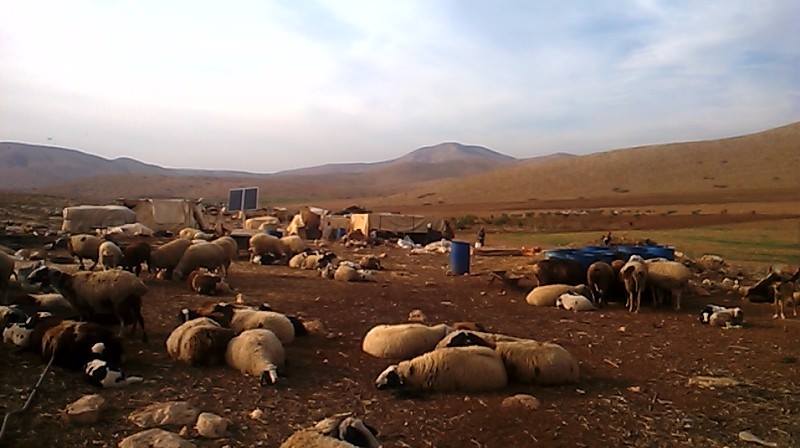 The illegal Israeli colonies of of  Ro’i and Beqa’ot have appropriated already 3000 dunums of agricultural land from al Hadidiya.

Since 1977, the Israeli settlement Ro’i has been expanding on Al Hadidiye’s land in the area. The efforts to expel the community are aimed at granting free access for the settlement to 20,000 dunums of the Palestinian Bedouins’ fertile lands in the northern Jordan Valley for colonization. 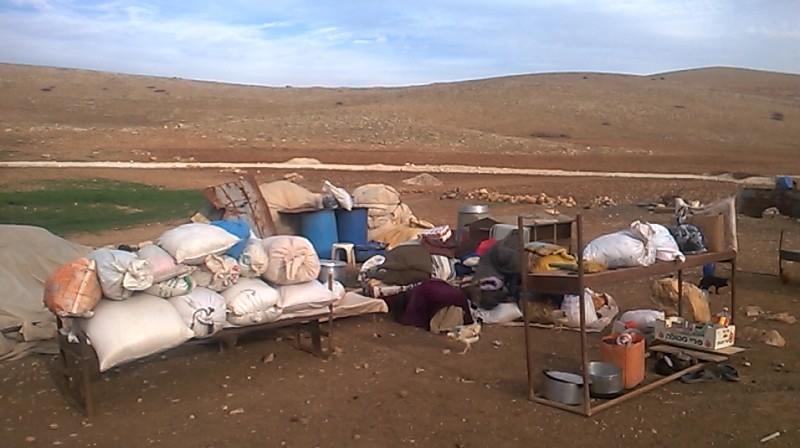 Despite its proximity to a pump of Mekorot – the Israeli national water company – the village is not hooked up to the water network. As a result, Al Hadidiya residents depend on expensive water tankers, ending up paying 30 NIS for a cubic meter, about six times as much as they would be paying if they were connected to the network. This explains why the average water consumption in Al Hadidiya (20 litres per person per day) is far lower than the absolute minimum of 100 litres recommended by the World Health Organization.

On the contrary, the two nearby settlements of Ro’i and Beqa’ot are served by Mekorot, and their average water consumption for household use alone – that is without considering water used for agriculture – is at least 23 times that of Al Hadidiya: 460 litres per person per day. 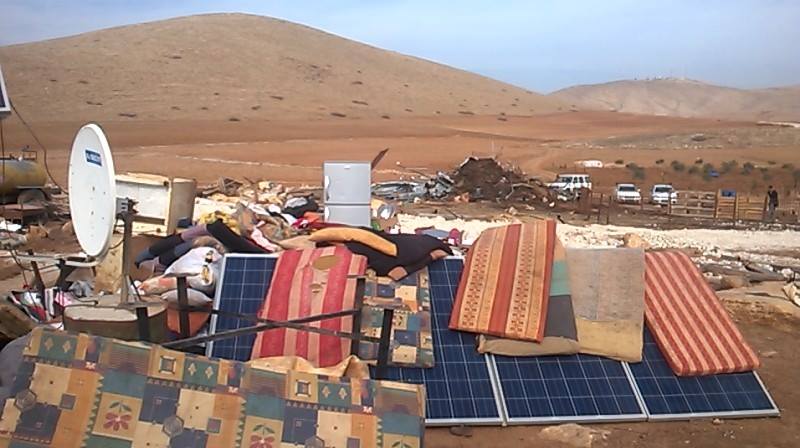 After the punitive demolitions on Thursday November 25 that affected some 50 people of al Hadidiya and their livestock, until today Israel is prohibiting and destroying any shelter for people or animals. Last night, the military tore away a plastic blanket people had put over their bodies to protect them from the rain.  The policies […] 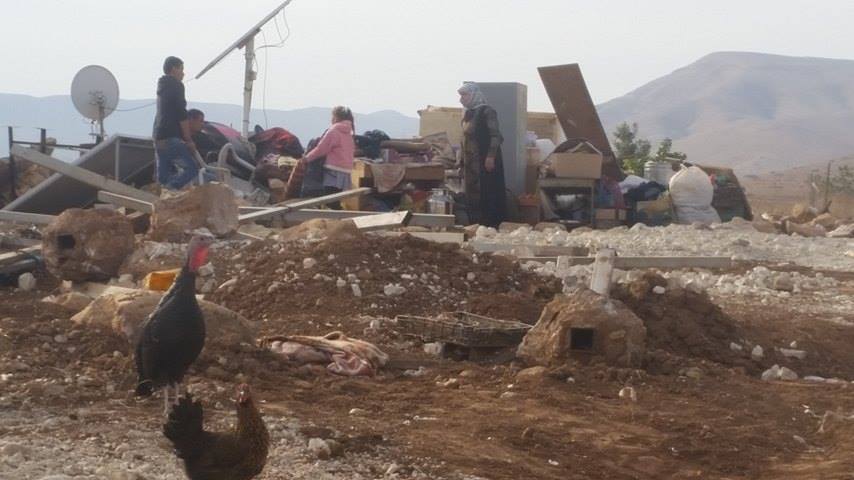 Call for Action! The case of punitive house demolitions in al-Hadadiya

Following the house demolitions occurred in the village of al-Hadadiya, situated in the Jordan Valley, on the 26th November, two letters have been issued.  The letters are directed, respectively, to Federica Mogherini, the High Representative of the European Union for Foreign Affairs and Security Policy, and to your local authorities in support of Palestine and […] 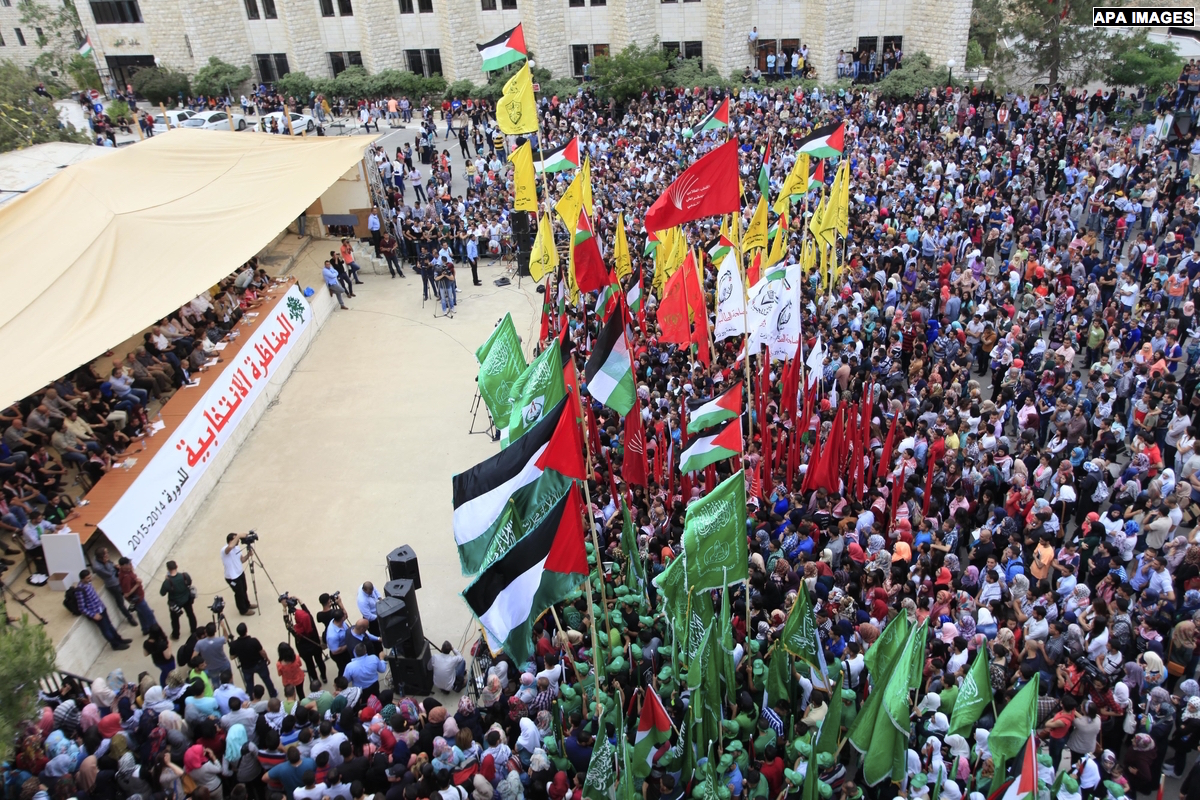 The absence of authentic Palestinian national leadership is particularly acute at this time of crisis. The current youth uprising against Israel’s prolonged military occupation and denial of human rights in the occupied Palestinian territory (OPT) and within Israel is generally acknowledged to be largely leaderless. What role is there for political parties to contribute to […]