With a demonstration of thousands fo people in support of the BDS movement in Ramallah, on February 27th, Palestinian popular movements kicked off the Palestinian part of the International Israeli Apartheid Week. In the West Bank and Gaza, many activities are planned to happen until March 10th in Palestine. Among them, events will be happen in the cities of Bethlehem, Hébron, Ramallah and Jerusalem.

The Apartheid Week is the opportunity of public awareness raising about the Palestinian reality under the occupation, colonialism and apartheid. Through a varied program, ranging from conferences to direct action, the public discusses the injustices and the ongonig Nakba, which takes place in Palestine, while strategizing and promoting on the current or future BDS campaigns. 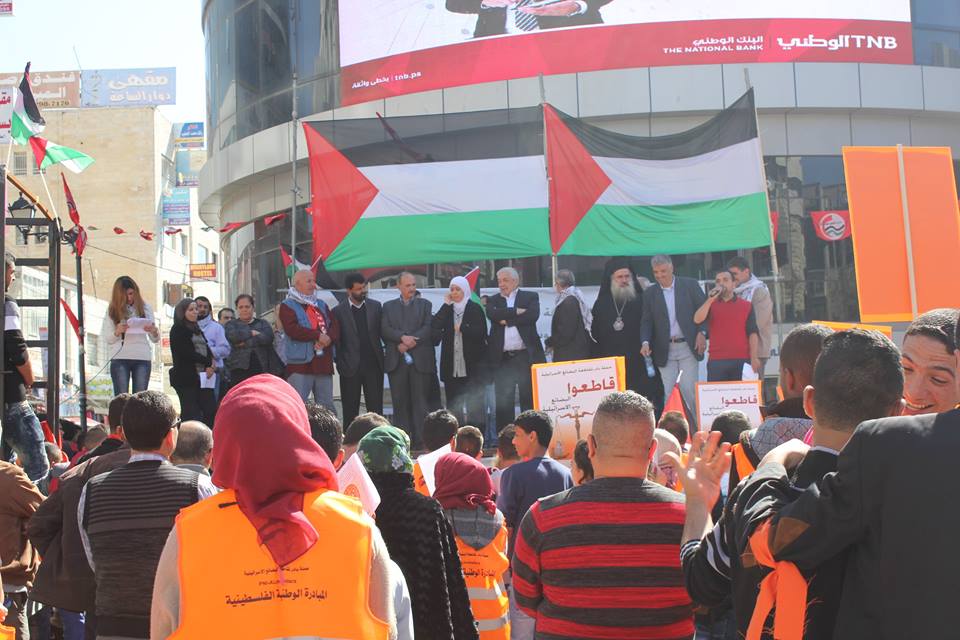 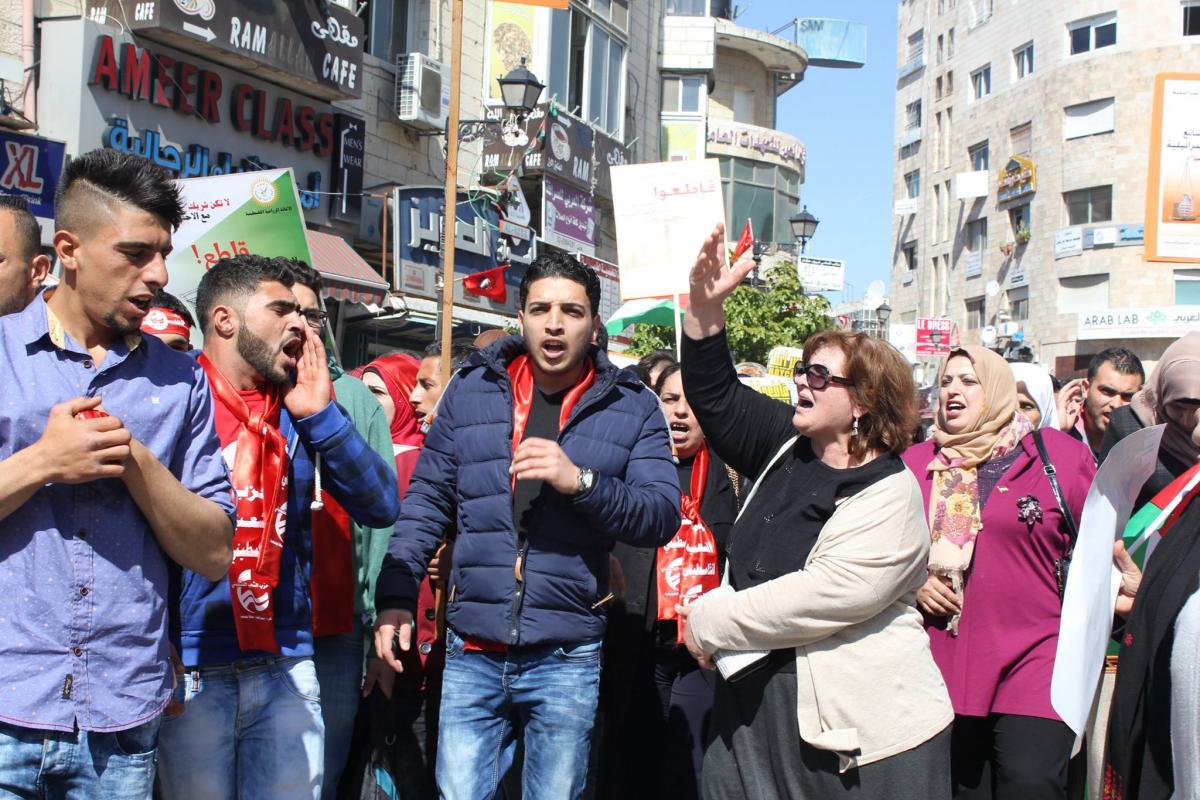