The Social Security Act No. 6 was ratified by PA Cabinet members in February and approved by President Mahmoud Abbas the following month. When the news about the new law and the details of it became public, a national committee composed of two Palestinian union confederations – the New Unions, the Independent Unions, the Palestinian Progressive Labour Union Front – and autonomous unions of private businesses as well as the Palestinian NGO Network (PNGO), has been formed in order to coordinate opposition to the law. The demand of today’s protest was an immediately freeze of the law.

The law would disadvantage those with disabilities, retirees, women and private sector workers. The minimum wage would be reduced to 726 NIS, retirement benefits reduced to 51% of the salary before retirement. Further, the law would allow the PNA to take over saving fund of Palestinian institutions and for a fund to be created, to which Israel supposedly should transfer the Palestinian workers dues it has collected since 1967. The National Committee against the Social Security Act n.6 argues that the takeover of the independent saving funds by the PNA will create insecurity for workers on the one hand, as the PNA is not a state and its stability is continuously at risk, and give the PNA a huge financial resource of billions of NIS without giving workers any guarantee about what the PNA will do with this fund.

Muhammad Bleidi, president of the New Unions Confederation explained:
“This law has been issued and decided upon without any consultation with the people affected by it. Abu Mazen and his cabinet have decided upon it when, legally speaking, it should be decided by the legislative council.
“It is only serving the interests of the business class and Israeli interests. We see it a capitalist project that is dismantling the Palestinian labour law. It further comes to legalize Israel’s and the Histadrut’s illegal appropriation of Palestinian workers dues.
“As the workers have not been included in the process, they will be the ones to be failed. We consider the workers rights, like the refugee rights, as inalienable rights. We will fight any law regarding our rights, in which we will not be consulted.
“We are struggling for social justice, and we are struggling for a social security law but this is not the law and not the way we will accept.”

The National Committee in opposition to the Social Security Act n.6 to freeze the law and to restart discussions that involve all parties in order to produce a consensus on such a law. Unfortunately, the PNA has rejected all those demands and insists on bringing the law into force on April 21. In response, the National Committee is preparing further mobilization and escalation of the protests.

This is the second major mass movement in the occupied West Bank in defense of social and labour rights against the neoliberal policies of the Palestinian National Authority, which put another layer of attacks on the Palestinian people. 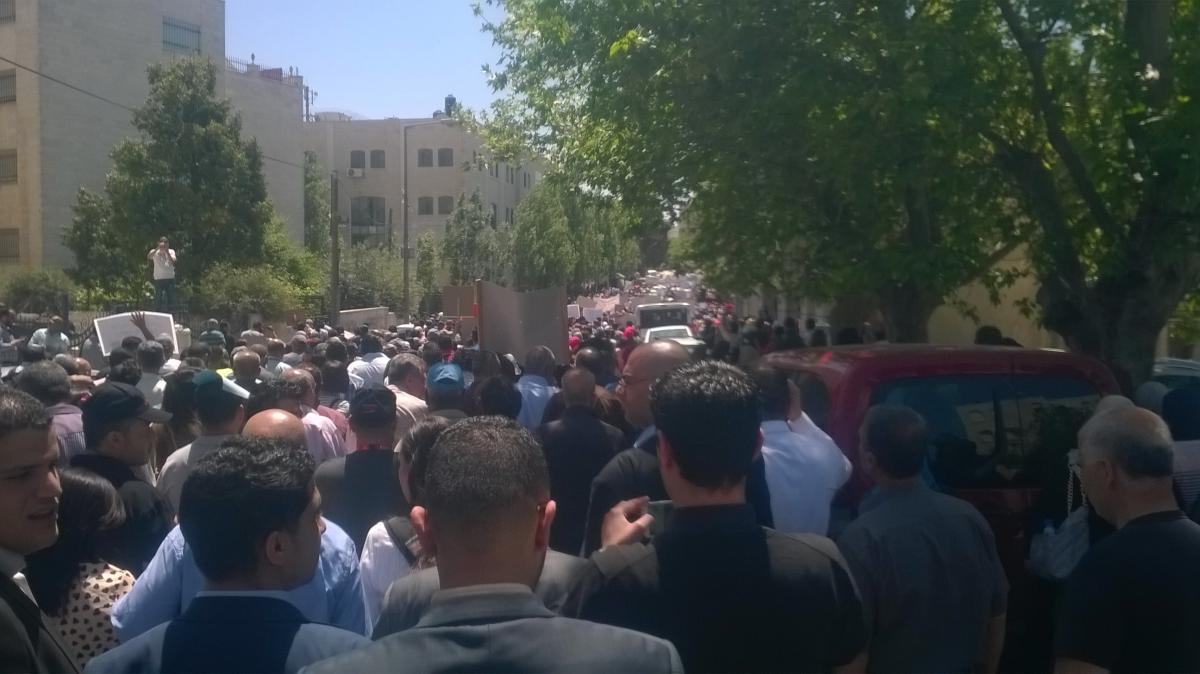 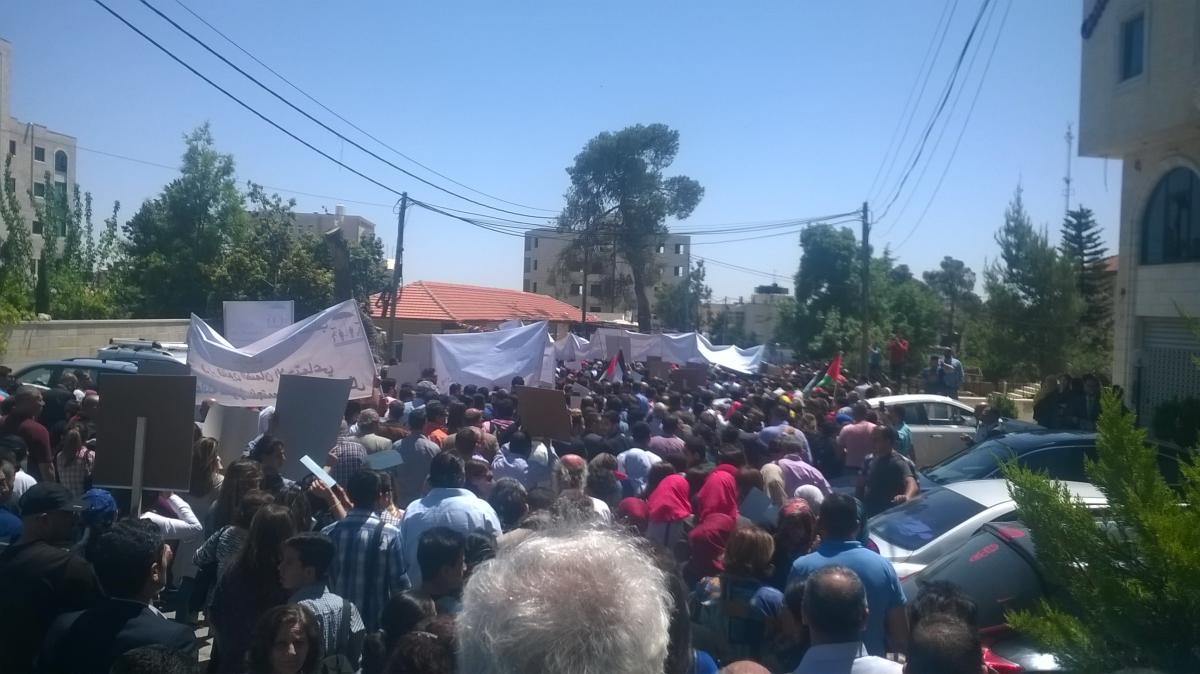 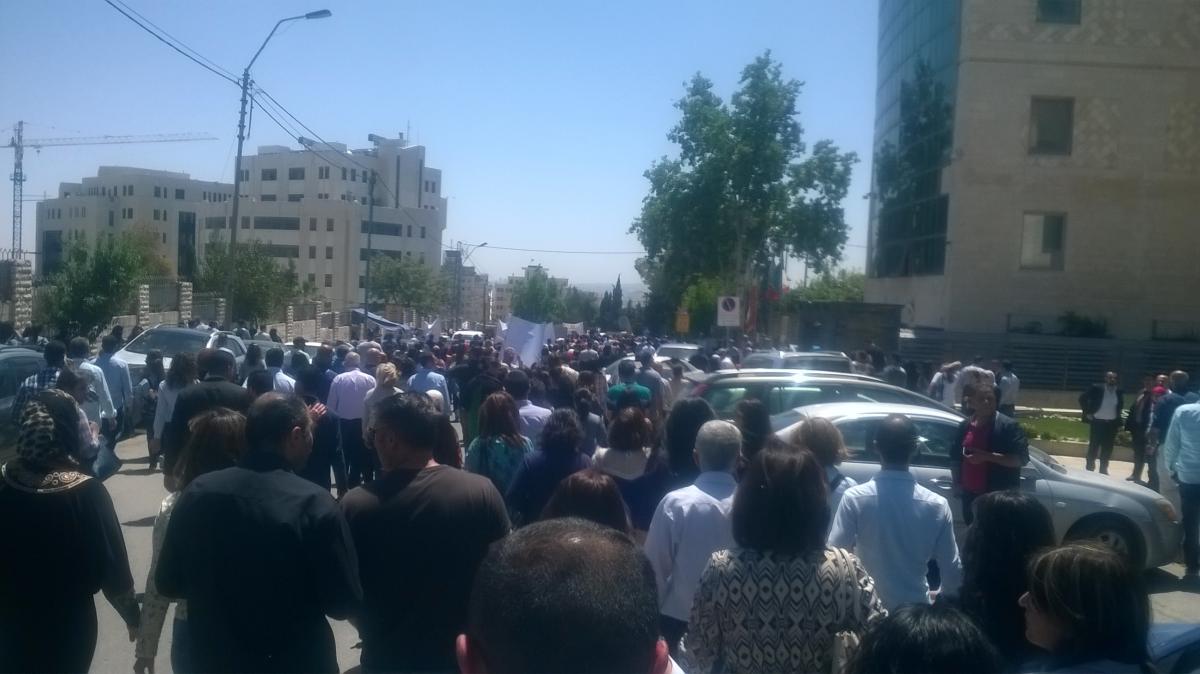