Prominent Palestinian human rights defender Salah Al Khawaja has been arrested on the morning of October 26 at 2 am without being informed about charges or reasons for his arrest. We ask for your support! Please help us to address your MPs and governments requesting:

Entering into the heart of Ramallah, Area A, the Israeli army broke into Salah Khawaja's apartment, violently searched his place and confiscated computers and the phones of the entire family. His wife and daughter have been traumatised. After a violent search in the house, he was unlawfully detained without being informed of any charges. He has been held for one day incommunicado and is now in Petah Tikva interrogation center without access to legal council. There is reasonable concern Al Khawaja is currently subjected to duress and/or ill-treatment considering that Israel uses such practices regularly and systematically.

Already hours after his arrest, without his lawyer being informed or able to identify the whereabouts of his client, a hearing in the military court had been convened. The military judge initially granted an – even for Israeli standards unusually harsh – 15 days extension of the interrogation period to the prosecution. After an appeal hearing on November 30 requested by his legal counsel, a court hearing has been called for November 9.

Al Khawaja, 45 years old, was born in Ni’lin and has dedicated his life to the defence of Palestinian human rights. The focus of his work is on empowering local communities to defend their human rights in the face of violations brought about by the occupation. This has lead Israel to imprison him already several times during the early period of his life. Since the start of the Oslo process, Salah Khawaja has dedicated his efforts to the development of Palestinian civil society organizations and practices of nonviolent struggle. He is a founding member of several Palestinian NGOs and civil society networks and is currently completing a masters on non-violent struggle from Beirut university. Al Khawaja is part of the Stop the Wall coordination committee and one of the leaders of the Palestinian National Initiative (Mubadara). He is widely respected for his work and has been invited to address numerous national and international civil society and NGOs conferences and has as well met the diplomatic community in Palestine in many occasions. As a highly visible figure in the struggle against Israel’s illegal Wall and settlement project, Al Khawaja has never attempted to hide or disguise his activities.

The arrest and detention follows the pattern of illegal Israeli policies targeting, among others, human rights defenders and non violent activist.

It is common Israeli practice to interrogate and detain Palestinians without charge, outside of the occupied Palestinian territories (OPT) and prevent lawyers from visiting their clients. These practices are in violation of International Human Rights Law (UDHR art. 9, ICCPR art. 15, 16, 18), International Humanitarian Law (IV Geneva Convention, sec III) and the European Charter of Human Rights forbidding arbitrary detention, illegitimate deprivation of freedom and freedom of movement and destruction of property. Arbitrary detention is forbidden if it is pursued by an occupying power against civilians of the occupied territories without having carried out any violent attack against the occupier. Particularly, the ICCPR quotes, art 9. ‘Everyone has the right to liberty and security of person. No one shall be subjected to arbitrary arrest or detention. No one shall be deprived of his liberty except on such grounds and in accordance with such procedure as are established by law‘. Khawaja detention outside the occupied Palestinian territories, in Petah Tikva interrogation center, is in direct contravention of Article 76 of the Fourth Geneva Convention, which states that an Occupying Power must detain residents of occupied territory in prisons inside the occupied territory. Conditions in Israeli prisons have been repeatedly been found in violation human rights for the use of ill-treatment and torture. Israel has received since 2001, almost 1000 complaints of torture without ever opening any criminal investigation.

The arrest should be viewed in a wider context of persistent and increasing Israeli repression against Palestinian human rights defenders and activists who, like Al Khawaja, have been successful in their lobbying efforts, at home and abroad, against the Israeli occupation of the Palestinian territory, Israel’s continuation of land confiscation and the illegal construction of the Annexation Wall. This year a sharp increase in repression, including arbitrary detentions and use of live ammunition, took place side by side with the demolitions and forced eviction policy. With these arrests, Israel aims to weaken Palestinian civil society and its influence on political decision making at national and international level. The recent increase in illegal practices against human rights defenders, including harassment and ill-treatment, threats, arrests and other forms of restriction of freedom of movement has been highlighted by the latest report of the UN Special Rapporteur on the human rights situation in the OPT as well as the concluding observations of the UN Committee against Torture. This directly violates the UN Declaration on the Right and Responsibility of Individuals, Groups and Organs of Society to Promote and Protect Universally Recognized Human Rights and Fundamental Freedoms and triggers responsibilities of third parties, such as the implementation of the guidelines on Human Rights Defenders issued among others by the EU, the US and OSCE.

It is crucial that the international community combat Israeli attempts to criminalize human rights defenders struggling against Israeli violations of human rights. The Israeli policy of targeting organizers that call for Israeli accountability is a direct challenge to the decisions of governments and global bodies such as the International Court of Justice (ICJ) to hold Israel to account for its violations of international law.

For all these reasons we demand the international community to pressure on the Israeli Government for the immediate release of Salah Khawaja and to end the Israeli illegal practices of repression of HRD. 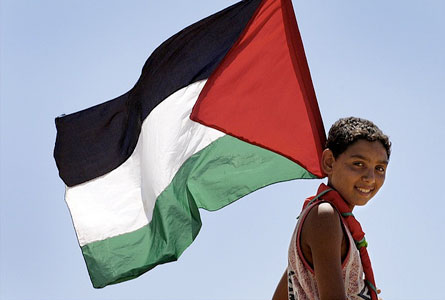 Palestine in the Week of People’s Mobilization against corporate impunity

From 23rd to 29th of October in Geneva, Switzerland, the Global Campaign to Reclaim Peoples Sovereignty, Dismantle Corporate Power and Stop impunity has organized a Week of Peoples Mobilisation in occasion of the Second Session of the Open Ended Inter-Governmental Working Group (OEIGWG) at the Human Rights Council with the mandate to establish a Binding […] 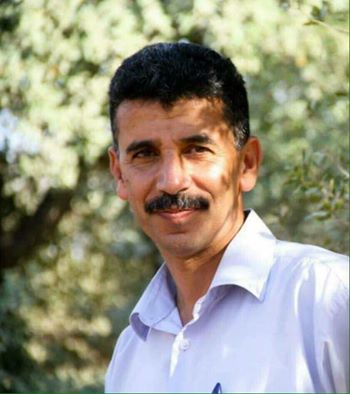