The day after Donald Trump’s ominous declaration arbitrarily recognising Israeli sovereignty in Jerusalem and the city as Israel’s capital, in all major cities of the West Bank people poured out on the streets in protest. Israeli repression injured over 100 people.

In Jerusalem itself, Ramallah, Qalqiliya, Kufr Qaddoum, Azzoun, Bethlehem, Qalandiya, Jenin, Toubas, Tulkarem, Hebron and in various places in Gaza people came out in the thousands to protest the White House’ move, which violates international law and Palestinian rights.

The Stop the Wall Campaign comments:

“It has been a day reminiscent of the First Intifada. People came together in a national effort to defend our rights regarding Jerusalem. Hours of clashes until night time together with a general strike have brought the area to a standstill and have reminded Israel the our people is not going to surrender – whatever US administrations may want to say.” 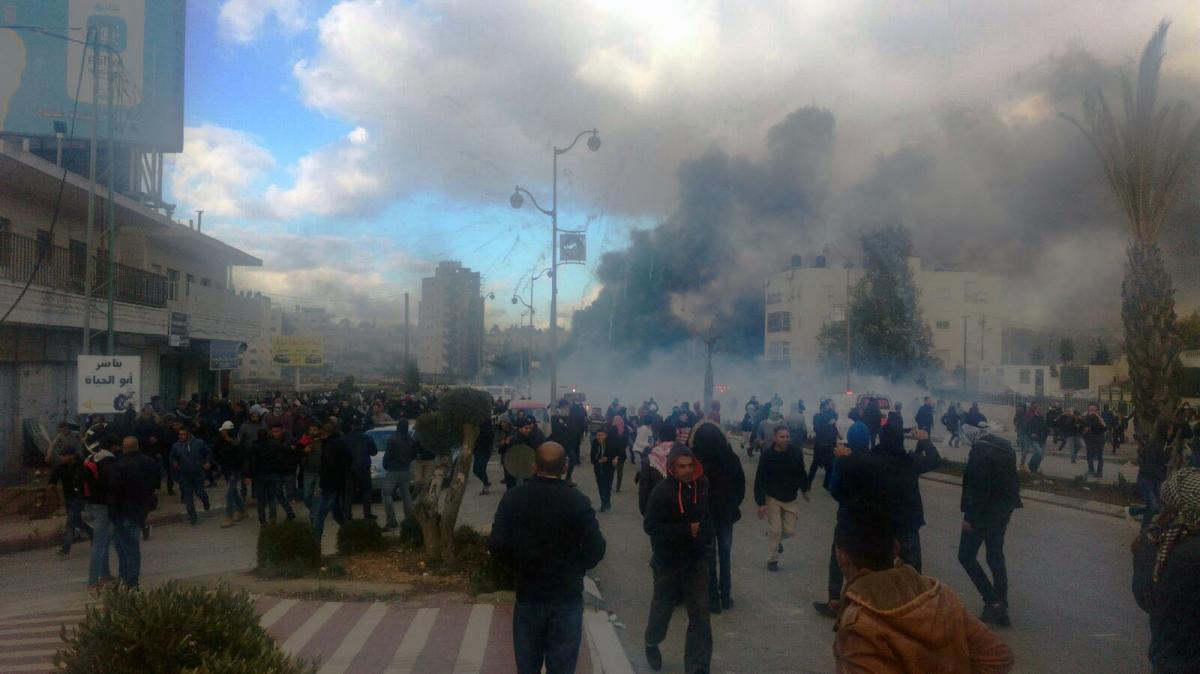 In the center of Jerusalem, a demonstration in front of Bab el Amoud, one of the main entrances to the Old City, has been heavily repressed. At the outskirts of Jerusalem, in Eizawiya, confrontations with Israeli occupation forces lasted for hours.

In Ramallah, thousands of people gathered in al Manara, the city’s central square. After a couple of speeches, the youth took over the sound system and directed the protest towards the Israeli military compound at Beit El. Heavy clashes ensued and lasted until the night. At Qalandiya, the other exit of Ramallah leading towards Jerusalem, clashes lasted for hours as well. 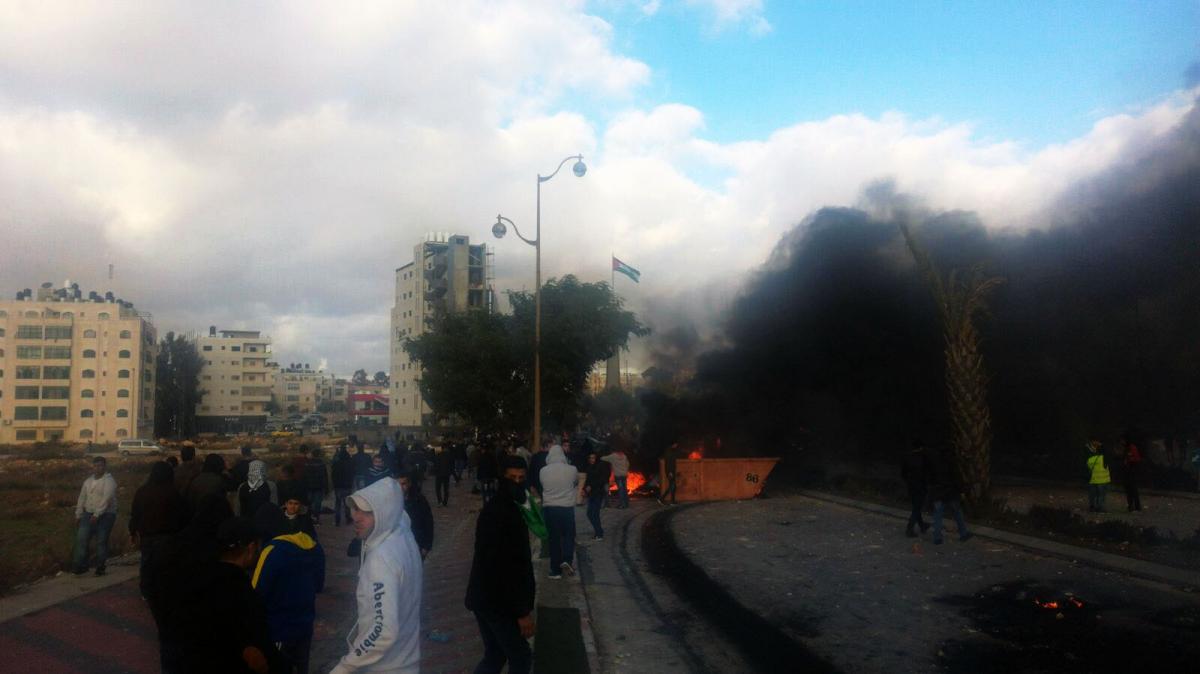 Some two thousand people joined the protests in Tulkarem, where Israeli military injured some 30 people at the end point of the protest, close to the illegal Geshuri settlement Industrial zone that pollutes the city.

In Nablus alone, Israeli occupation forces injured at least 50 people. In Hebron two minors, a 13 year old and a 15 year old boy have been arrested during the protests by Israeli soldiers.

Today, Friday, a Day of Rage has been declared and protests will be growing even bigger to ensure the world knows: Donald Trump may be the president of the United States but his words can nothing against the determined will of the Palestinian people not to surrender to the US backed Israeli usurpation of Jerusalem and Israeli occupation and apartheid. 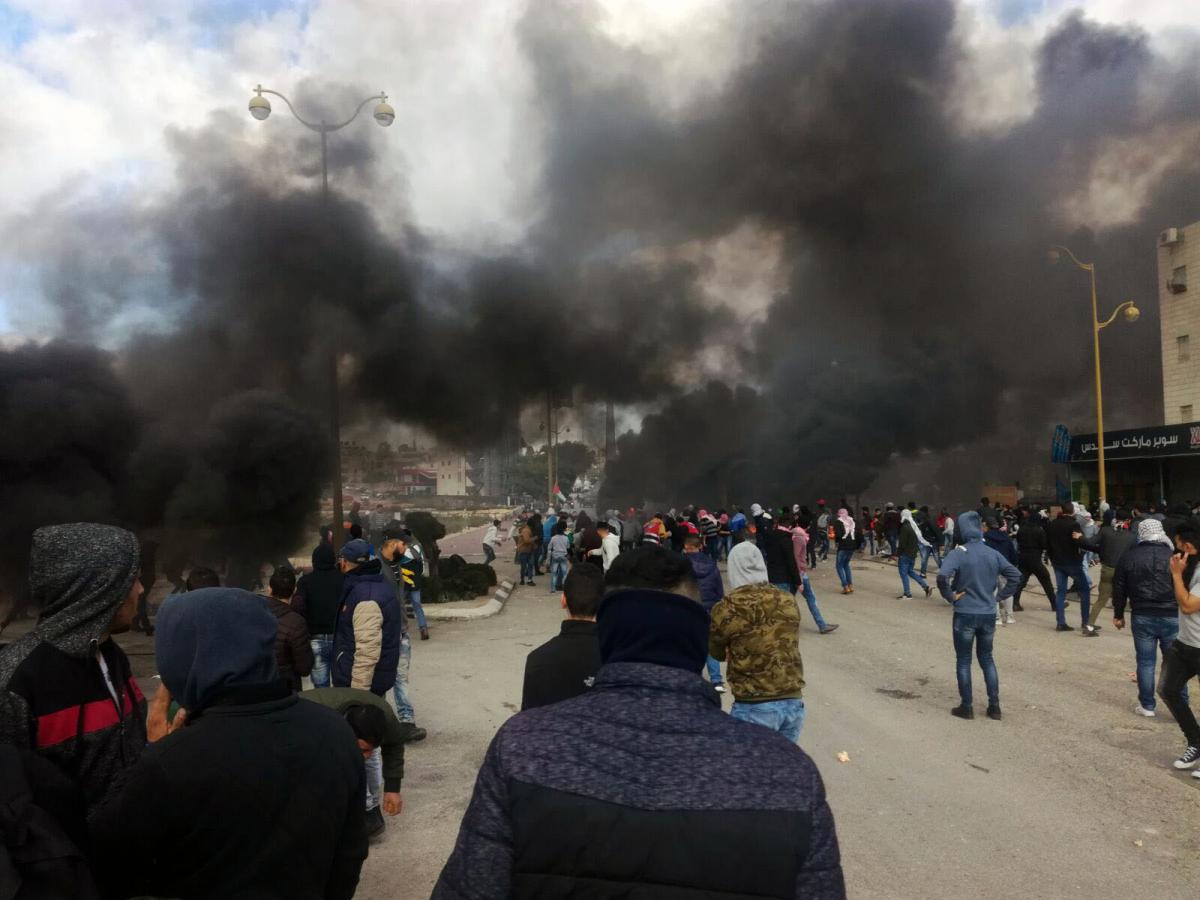