Yesterday, friends and relatives of Ahed Tamimi celebrated her 17 birthday in the Village of Nabi Saleh, West Bank. The family opened the house for friends, activist and also for the press. A cake with a photo of the young activist was distributed while kids played on the yard. The young activist was supposed to be put on trial on same day as her birthday but Ofar’s Military Court postponed the decision to 6 February.

Activists, relatives and journalists celebrate Ahed’s birthday around a circle of photos of imprisoned women and candles with the image of Ahed. Behind the front gate, tear gas capsules collected by the family after protests have been organized forming the words "Free Ahed". Shortly after Bassem Tamimi gave a emotional speech to the people, Noor Tamimi remembered the journalists how traumatic the time in jail is: “They make everything to break you down”. Noor is a close cousin of Ahed and was detained together with her. Janna Jihad Ayyad – also a well known Palestinian young activist – explained the reason they celebrate Ahed’s birthday even with her being held in jail:

“The Palestinian people have love for life and want give the girl emotional support.” 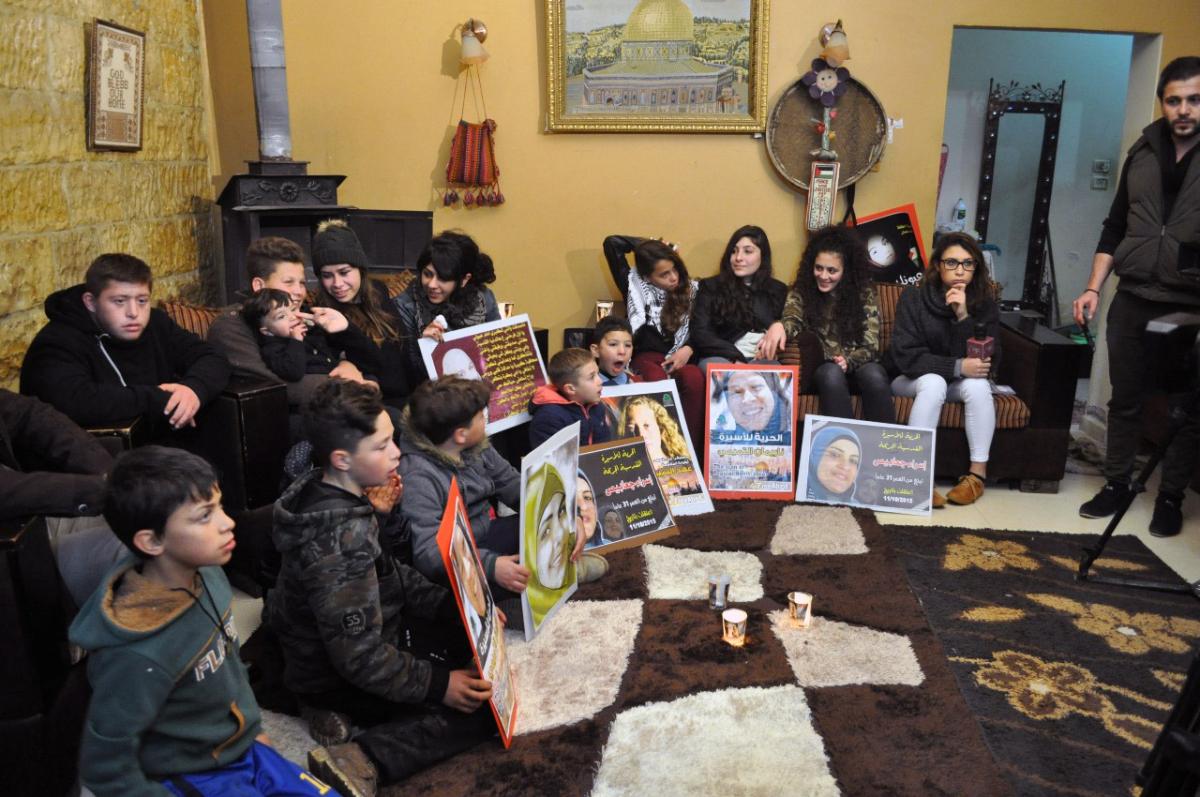 Israeli military forces took Ahed into custody after a video in which she appears slapping a fully armed soldier went viral. Just before the incident, soldiers were repressing a demonstration in Nabi Saleh after Trump declared Jerusalem Israel’s capital. Her parents and two of her cousins were detained as well. As result, the girl was charged with 12 counts, that range from assault to throwing stones. 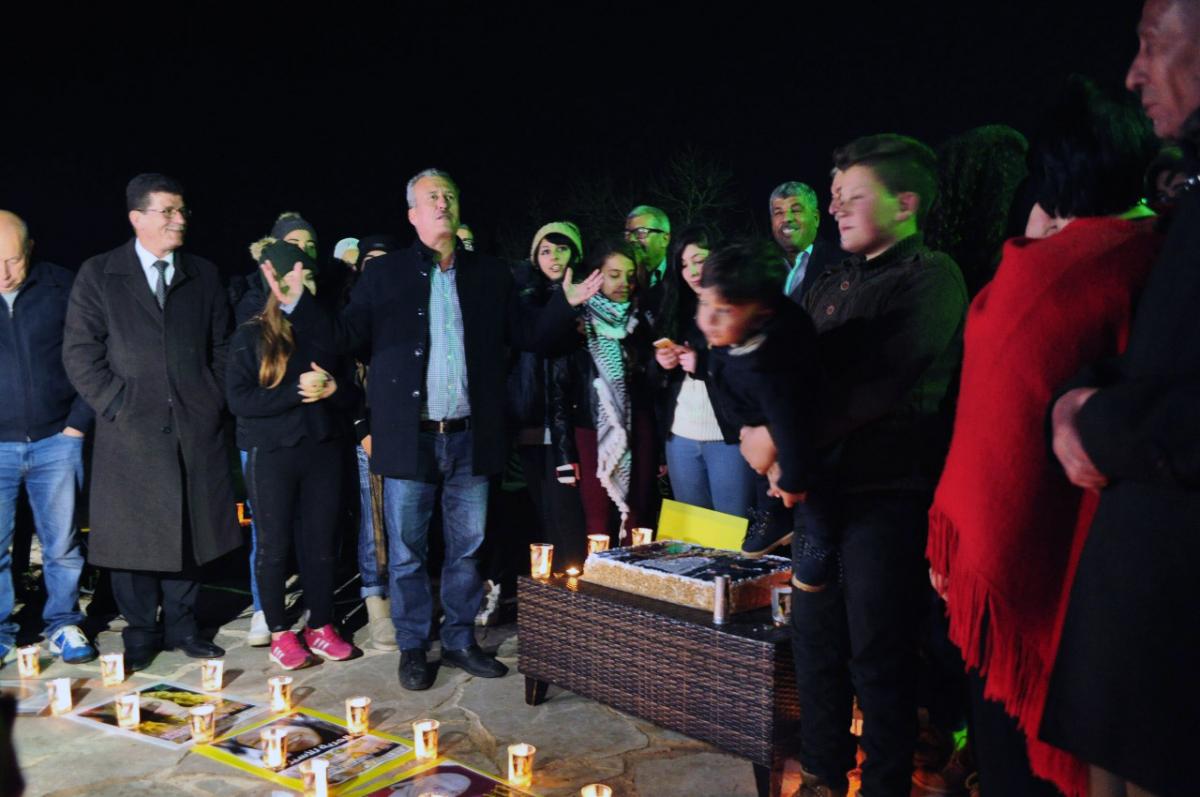 Addameer, the Prisoners Support and Humans Rights Association, reinforces that these actions violate the Convention on the Rights of Child, ratified by Israel in 1991. The Article 37 determines that imprisonment of a child shall only be used as a measure of last resort. However, the video doesn’t show anything outrageous or threatening to the soldiers life or being. Actually,  these charges are part of a continuous policy of repression and apartheid, that have already taken more than 400 children into jail for reasons that would never affect their Israelis counterparts. 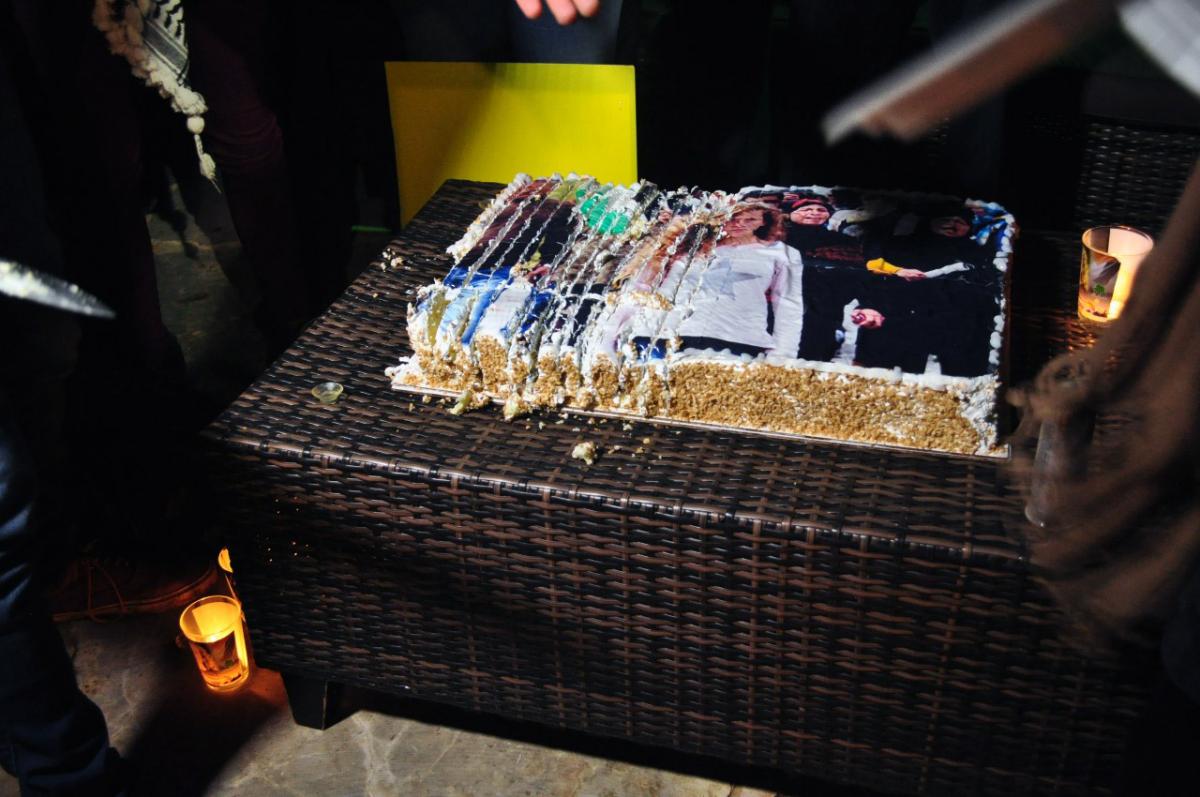 Tamimi’s lawer, Gaby Lasky, told Reuters that she was certain that some of the charges would  be dismissed, but nevertheless prosecutors may seek to condemn Ahed with maximum penalty for the other counts.

The Tamimi family is particularly engaged and especially targeted by Israel.  In 2015, another video of Ahed gained notoriety on internet – that time the girl was trying to prevent her 12 years old brother of being jailed. Last week, Michael Oren, a Israeli deputy minister and former ambassador to the United States admitted that Israel initiated an investigation into the Tamimi family after the incident, which tried unsuccessfully to prove whether the family was real or just an instrument of propaganda. 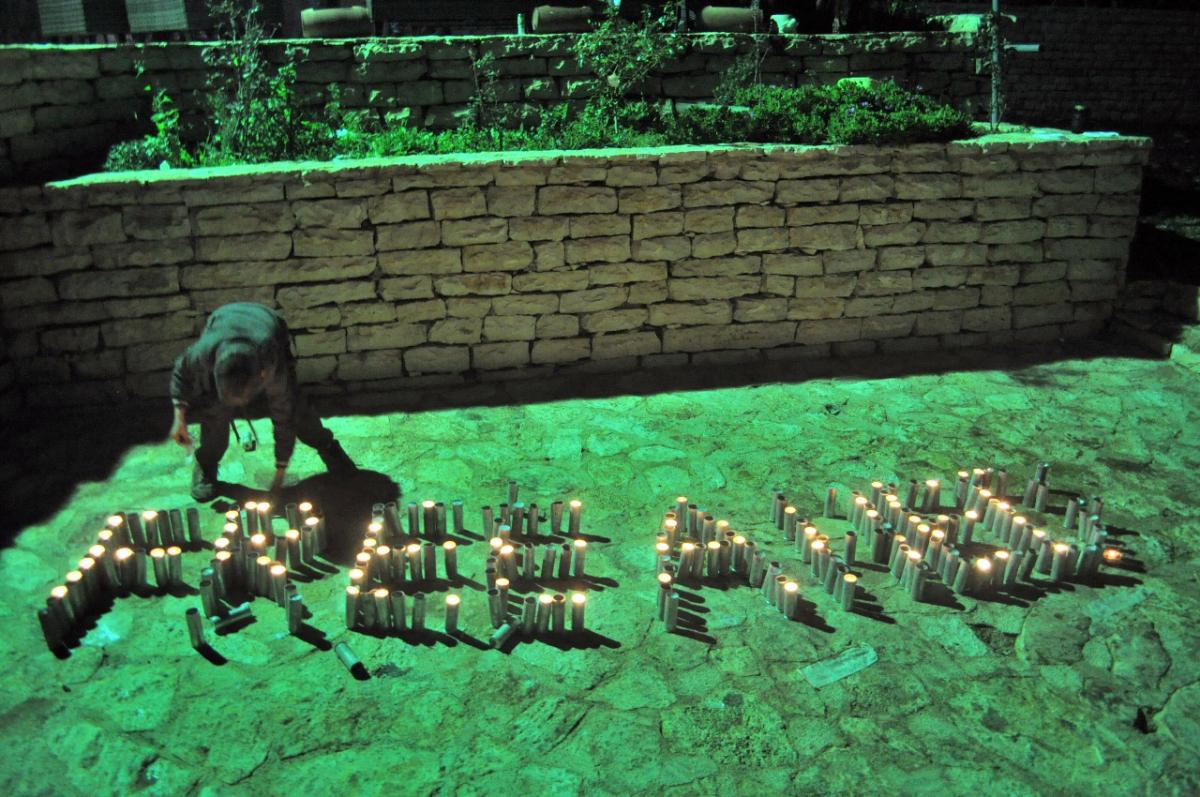 Protests are growing globally to demand the release of Ahed and the other Palestinian prisoners, after she was detained on 19 December last year. In in Italy, the United Kingdom, Scotland, South Africa, Denmark, Ireland, Brazil, Mexico, Canada, Chile, Portugal, Uruguay, France, Greece, Germany, New Zealand protests to mark Ahed’s birthday took place. The Uruguayan Committee for the Freedom of Palestine promoted an artistic intervention. A mural with the slogan “in solidarity with Ahed Tamimi and all the Palestinian boys and girls who are kidnapped in Zionist prisons” was painted by artists and the local community and photos of Palestinian families were exhibited. Already on 25th January, women gathered in front of the Brandenburger Tor, in Berlin and protested against the prison of Ahed Tamimi. The International Feminist block was strongly present, shouting for justice and for the freedom of the political prisoners in Palestine. Twitter mentioned Ahed Tamimi an average of once per minute in the 24 hours between January 30 and 31. 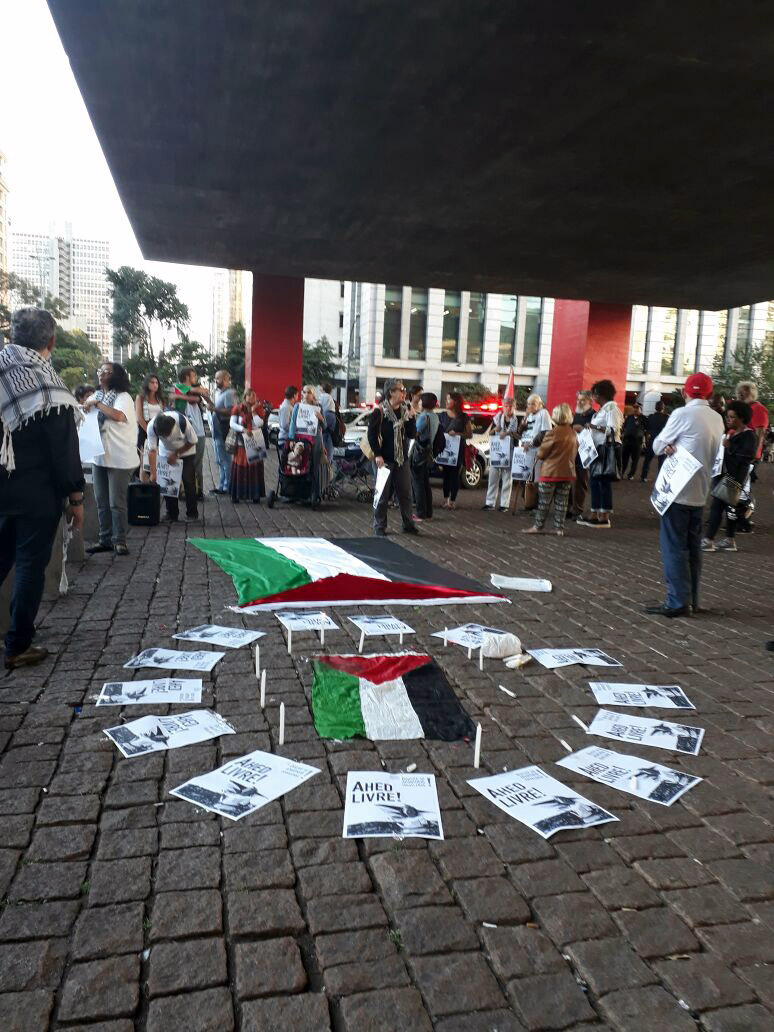 Ahed has become a symbol of Palestinian resistance and solidarity with her, her family and all Palestinian prisoners in Israeli jails is crucial. Let people know about Israeli apartheid and repression and build campaigns for boycotts, divestments and sanctions to hold those responsible for and profiting from Israeli human rights violations accountable. 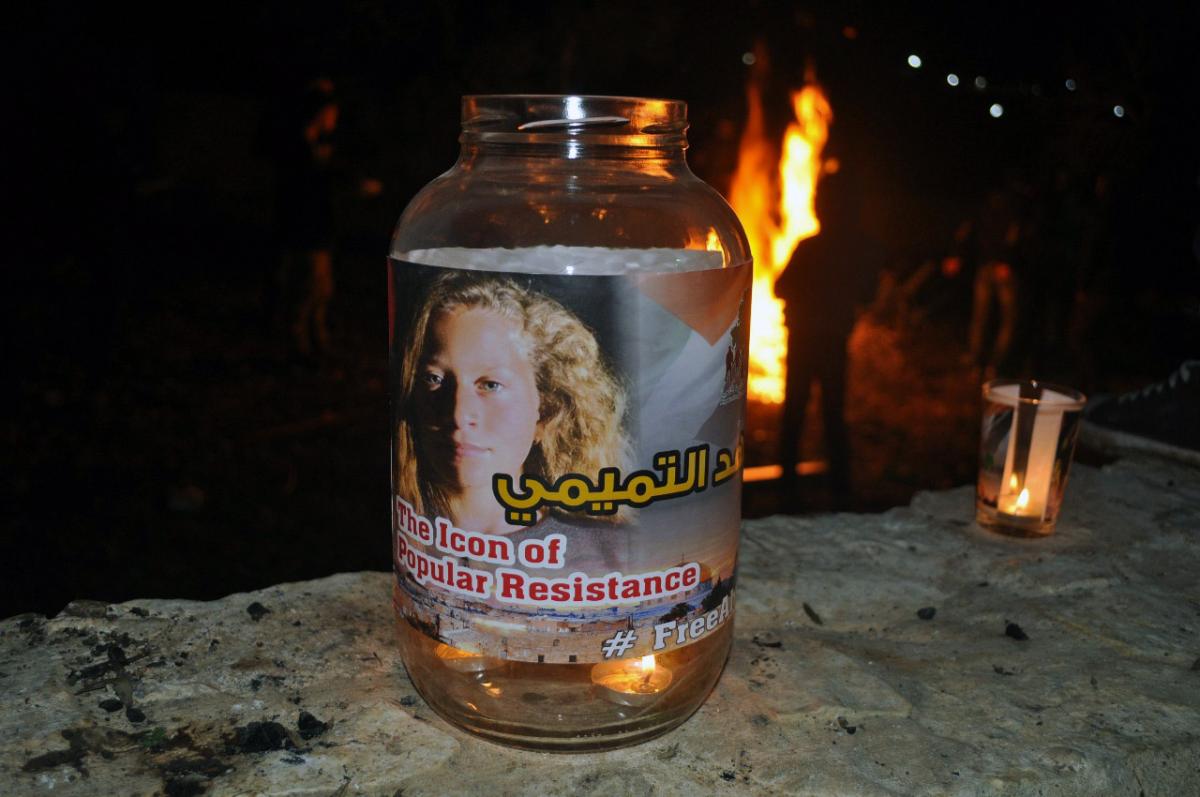