Since yesterday, Israeli bulldozers and some 300 Israeli military and intelligence officers have started the full scale onslaught to destroy the Bedouin community of Khan el Ahmar. People are still resisting and need your support!

Jamal Juma’ coordinator of the Stop the Wall Campaign, comments:

“The Bedouin community of Khan al Ahmar is the symbol of Palestinian resistance and the stumbling block for Israel’s ethnic cleansing of the entire area of E1 [the area east of Jerusalem Israel aims to confiscate for settlement expansion]. Khan al Ahmar is the biggest of the 24 Bedouin communities in the area – all under threat of expulsion. It is the only one with a school, which serves 108 children from the entire area.

It is not too late – Khan el Ahmar is still resisting and will continue to resist, please act immediately and:

Yesterday, in the early morning hours, bulldozers and Israeli military invaded the area to demolish the homes of the community and to forcibly displace the people.

They have been met with resistance from the community, activists from Palestinian popular movements and international solidarity activists.

For the entire day, people protected the land and livelihoods of the community with their bare bodies, braving Israeli violence. 9 people have been arrested, including one woman from the community and many have been injured.

Please, watch the video below. 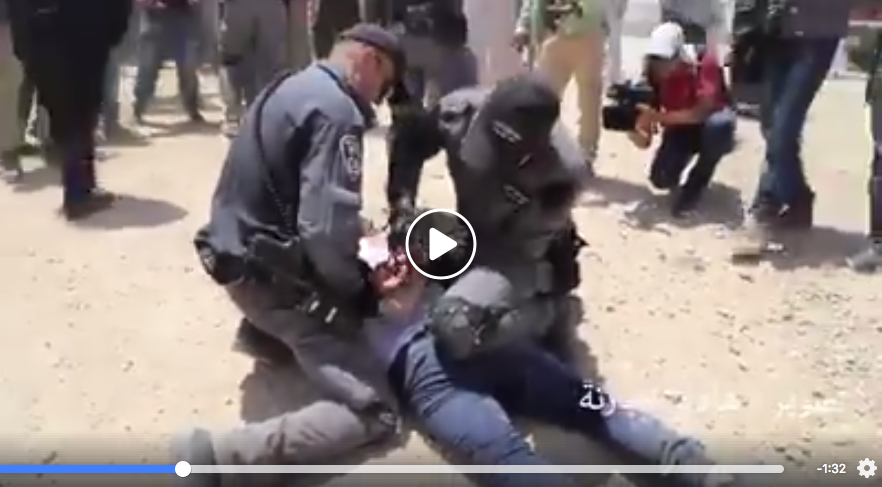 Finally, Israeli occupation forces opted to prepare an empty area nearby the community – supposed to heard the people in while they are destroying their homes.

Then, the aim is to transfer them forcibly to other areas and dump them there. The most likely destination is the so-called ‘relocation camp’ near al Aizariya, against which Stop the Wall and other movements have been fighting since years.

For more about Israel's 'relocation plan and Palestinian resistance over the years, click here. 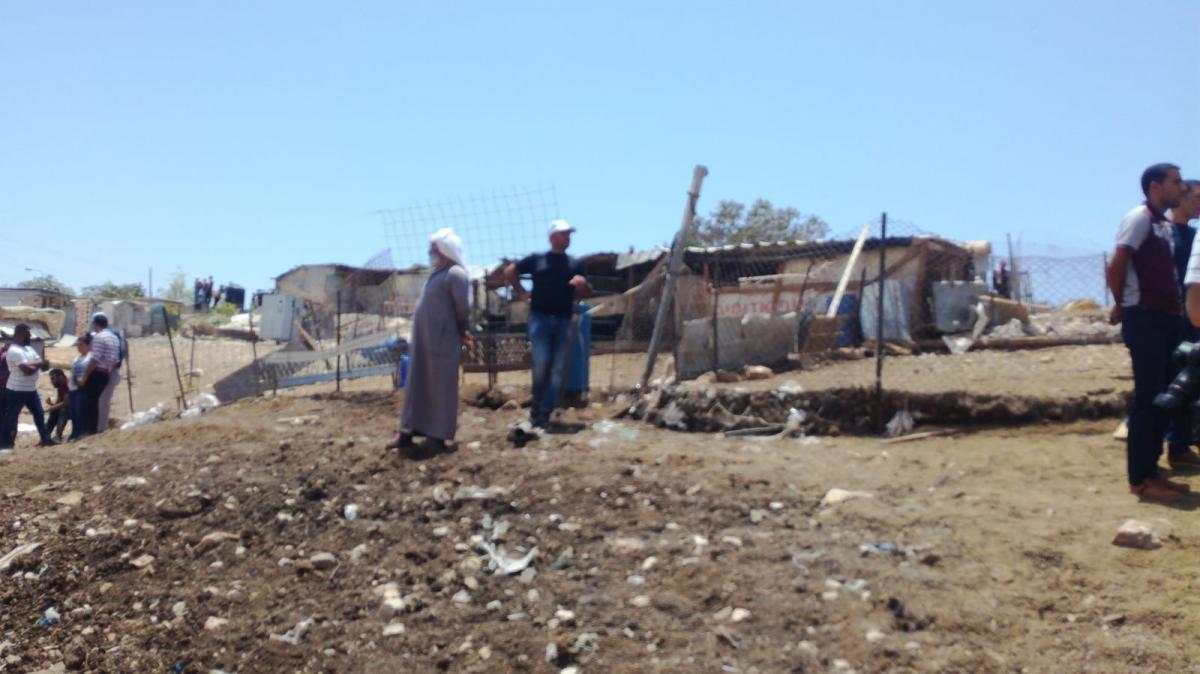 In that area, confiscated from Palestinian land owners in Abu Dis, only exists an empty ground on which the dispossessed and ethnically cleansed Bedouin are to be pushed.

Today, Israeli military came back, once again intent to complete the rampage and to expel the community from their homes.

All access roads to the area have been blocked to prevent movements from across the West Bank to reach the place and support Khan el Ahmar. Three of the few international activists that were already in Khan al Ahmar have already been detained by the occupation forces.

Khan al Ahmar is a national focus point for all that are every day organizing and resisting to stop Israel’s ongoing Nakba, the 70 years long ethnic cleansing of the Palestinians from their homes. 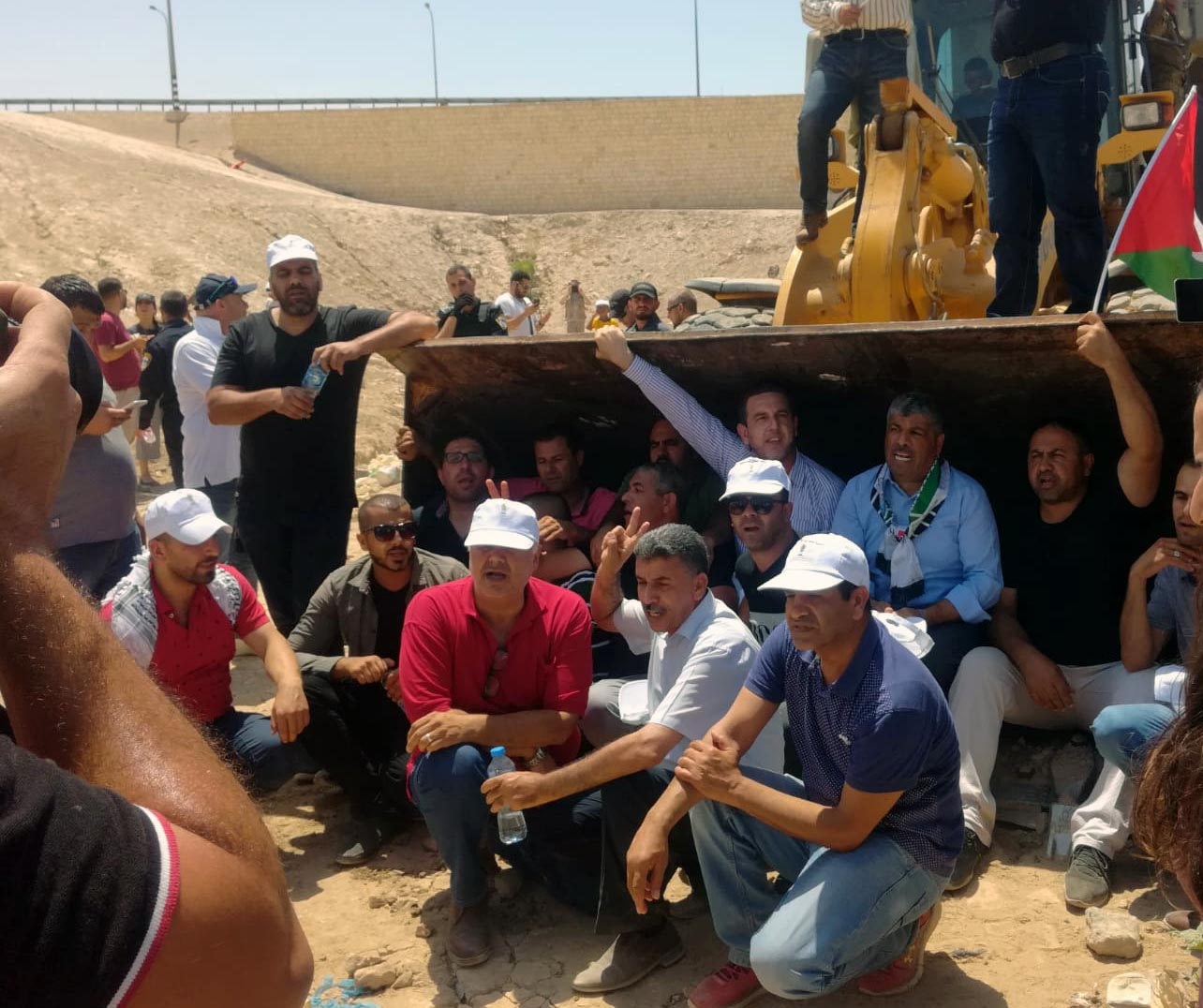 Khan el Ahmar is a Palestinian Bedouin village of some 40 families belonging to the Jahalin tribe. They have been ethnically cleansed from their homes in the Naqab in 1951 and then resettled in the hills East of Jerusalem. They leased the land that they now live on from the Palestinian landowner in Anata. After the occupation of the West Bank, Israel confiscated the land and then allocated it for the establishment of the illegal settlement of Ma’ale Adumim. Today, the community is squeezed between the Israeli settlements of Ma’ale Adumim and Kfar Adumim.

Since years, Khan el Ahmar is resisting a second expulsion – this time from their current location – by Israeli authorities. They have seen their homes destroyed several times and rebuilt them over and over again, determined not to become refugees a second time.