Over 200 people gathered at Khan al Ahmar to let Israeli military know that collective struggle will defend the community from any demolitions Israel is planning. Occupation forces closed the access roads to Khan al Ahmar, nevertheless many went marching on foot to join the protest. 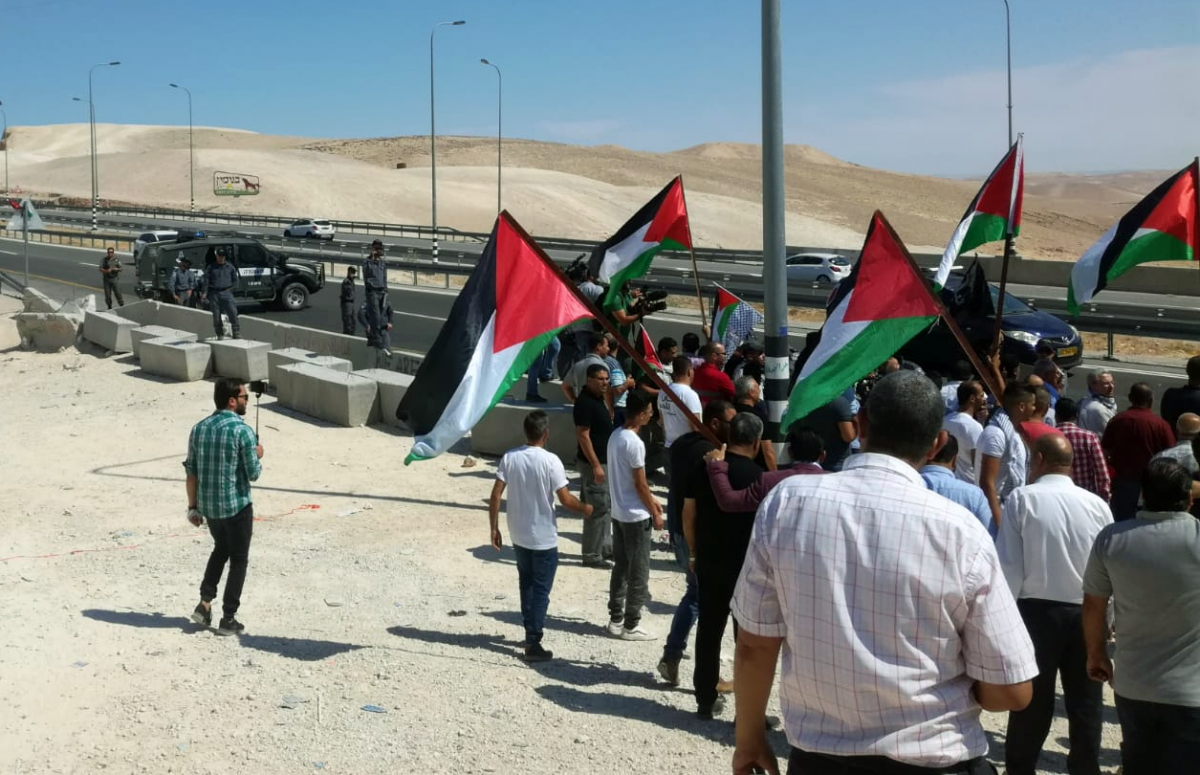 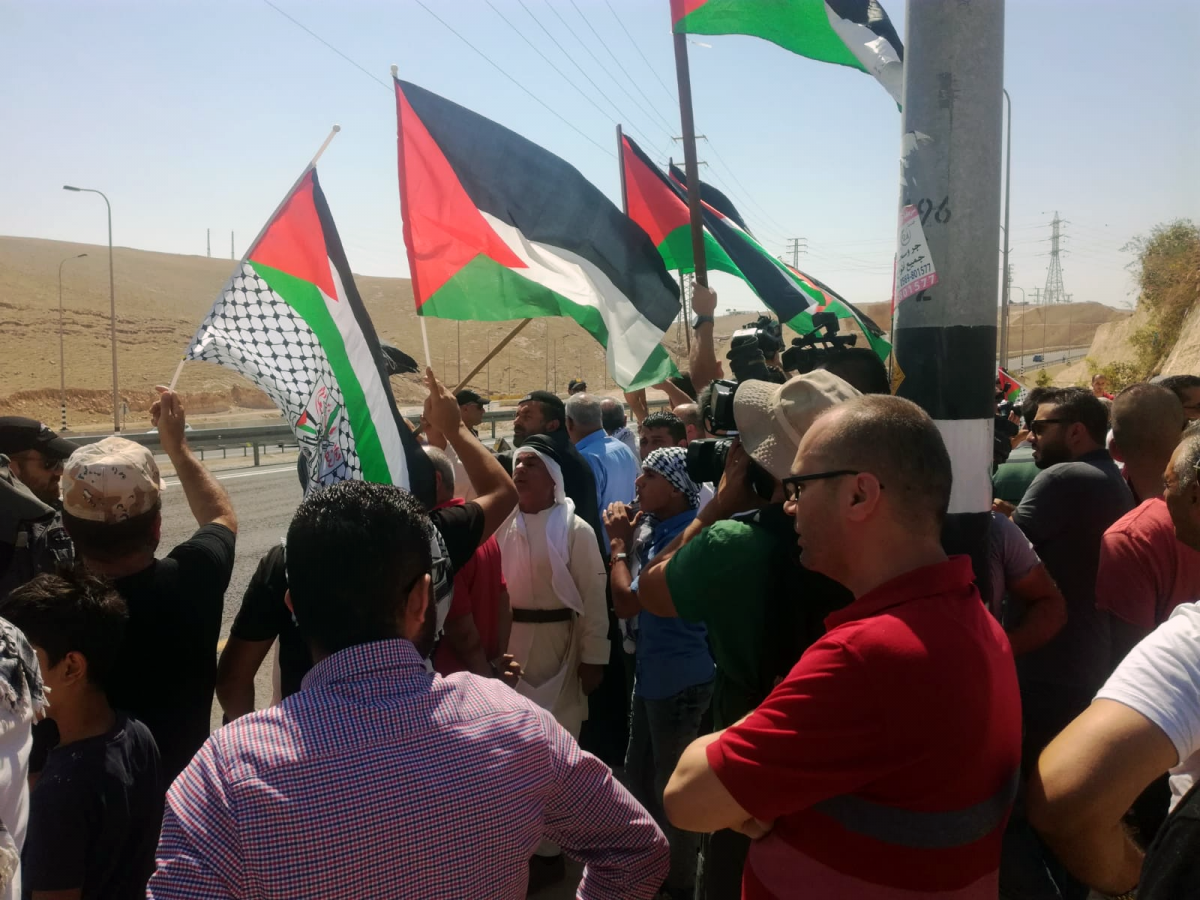 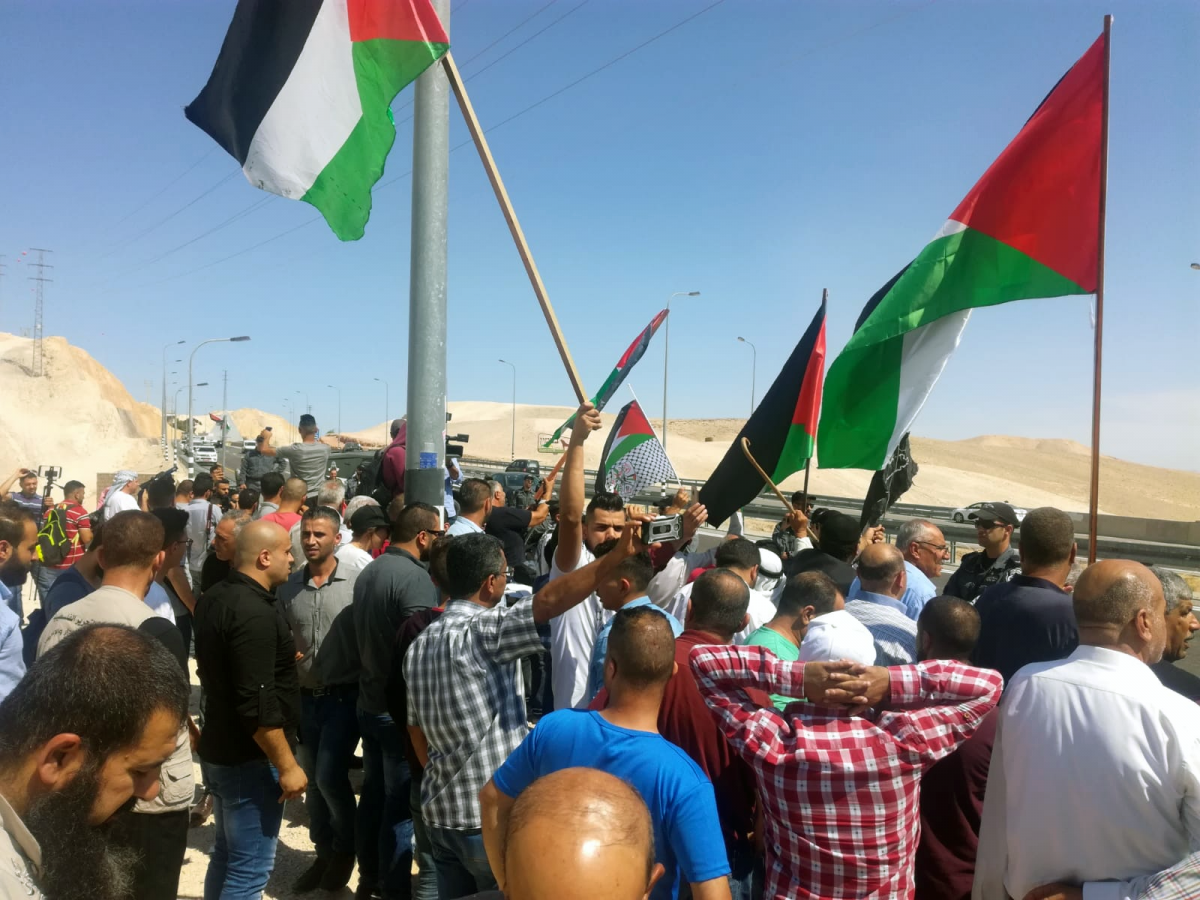 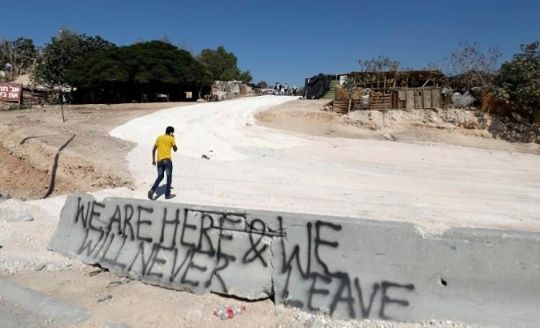 Since yesterday night, over 500 people are gathered at the village of Khan al Ahmar to support the community in the moment the Israeli deadline for demolition expired. Khan al Ahmar and the Palestinian people in solidarity are counting on international support. Three more tents had to be collectively erected to host the crowd that […] 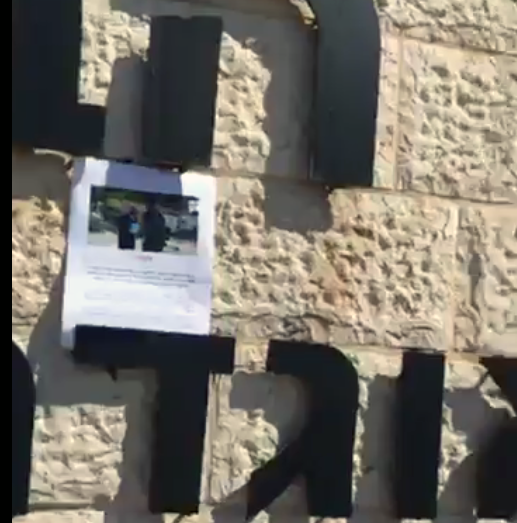 Never losing their sense of irony, even during daily struggle, Palestinian grassroots activists yesterday responded to Israel's leaflets ordering the people of Khan al Ahmar to destroy their own homes by distributing their own leaflets to the soldiers of Beit El military settlement. The leaflet alerted all those involved in or complicit with the destruction […] 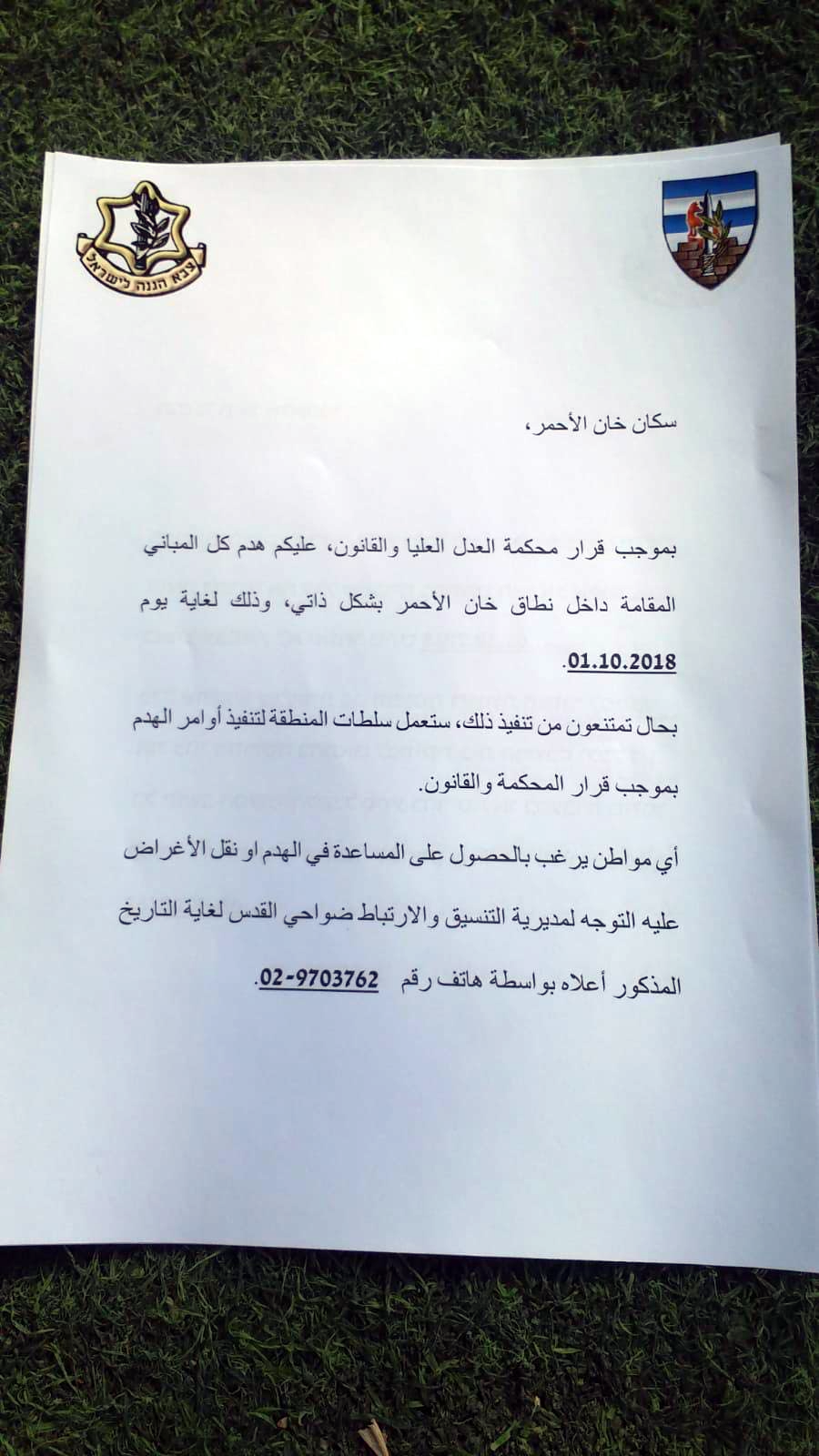 #KhanalAhmar: Israel orders people to destroy their own homes

Yesterday night, Israeli occupation forces have distributed flyers to the people of Khan al Ahmar demanding they should destroy themselves all the homes and building of the community until latest October 1. Israel’s military even offers ‘helpline’ for the people in Khan al Ahmar. The flyers printed on head paper with the emblem of the […]