Over one thousand people marked the 16th anniversary of the ruling of the International Court of Justice (ICJ) on the illegality of the Wall and the obligation of the international community to act in order to stop it and end Israel’s violation of international law.

People gathered to protest Israel’s impending plans to formalize the annexation of up to 30% of the West Bank, which would leave them completely isolated in their villages behind the wall in ‘annexed’ land and without rights.

People demanded that not only these plan are stopped but the ongoing de facto annexation of Palestinian land is ended and reversed. The ICJ stated over a decade and a half ago that "the Court considers the construction of the wall and its associated régime create a "fait accompli" on the ground that could become permanent, in which case, and notwithstanding the formal characterization of the wall by Israel, it would be tantamount to de facto annexation." 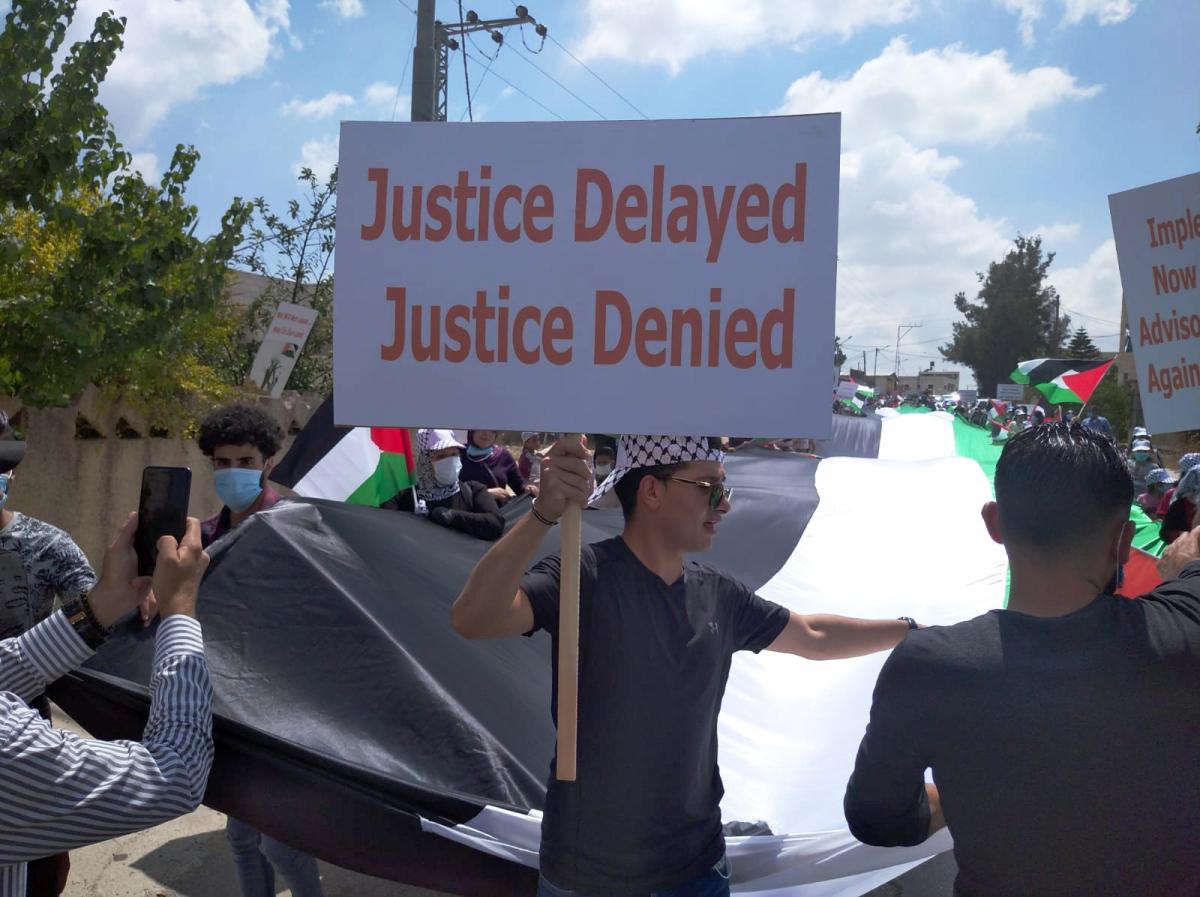 People in the Northwest areas of Jerusalem feel this de facto annexation as part of Israel's apartheid regime on their skin as their lives are being ghettoized, their livelihoods destroyed and their homes demolished.

In order to remind the international community of their obligation to act, the Popular Action Committee of the Communities of Northwest Jerusalem – an ad hoc coalition of Stop the Wall popular committees in the area and Palestinian political forces – organized the protest on the road that leads to the militar checkpoint that allows international diplomats to cross from Jerusalem to Ramallah and return. People confronted the passing diplomats and sent them their message demanding action not rethoric.

It is now time to heed the Palestinian unified demands to:

People in the villages of Northwest Jerusalem have since the very first moments mobilized to stop the Wall and with it the longstanding regime of apartheid and settler colonialism imposed by Israel on the Palestinian people. In 2004, while the ICJ was deliberating on its ruling, the first four young boys were killed by Israel in these villages in an attempt to drown popular resistance in repression. They did not succeed in these villages, nor are they succeeding in subduing the Palestinian struggle anywhere else.