Dozens of suffocation cases were the result of the heavy use of tear gas bombs. While some protesters were injured after severe beatings by the occupation forces who used batons and rifle butts.

This violation and repression is practiced weekly by the occupation forces against the popular protests against the apartheid wall and settlement around the west bank. This week coincided with the 23rd anniversary of independence and the seventh anniversary of the death of Yasser Arafat.

In Bilin, dozens were suffocated after a lot of tear gas, sound bombs, and metal bullets covered with rubber were shot towards the protesters who were chanting against the occupation. Their call was for the importance of unity between the Palestinians, which is the weapon to kill the conspiracies being hatched against our people and their cause.

Three were injured in al-Masara village after being severely beaten by batons and rifle butts. The injured are named Jawad Mohammed, Ra’fat Mousa, and Kareem Yousef.

In Kufur Qaddum, 1000 protesters participated in the weekly protest against the closure of their village for ten years by the occupation. The protest faced heavy tear gas and many sound bombs which caused dozens of suffocation cases. Iyad Shtiwe, the spokesperson for the popular committee in Kufur Qaddum said, “ our weekly protests will continue until we achieve our independence.”

Ecuador participates in the International Week against the Apartheid Wall

(Quito, Ecuador) Many in Ecuador have also been moved to show solidarity with the Palestinians and their struggle, especially during this occasion of the international week against the wall. In Quito, Ecuador´s capital, we organized several activities in solidarity such as a Cinema Forum in which we screened: films about Palestine, about refugees, the wall, […] 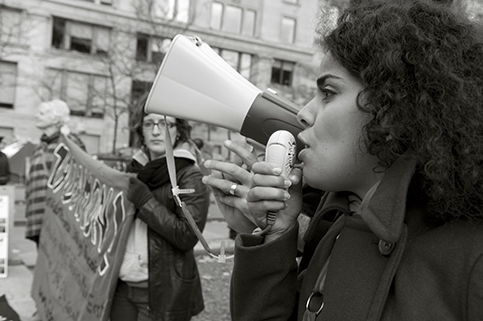 From the iconic sites of the Israeli wall and the US/Mexico border, we are witnessing a world-wide proliferation of walls and reinforcement of borders. These not only delimitate the nation state but proliferate in its interior, reproducing social divisions along lines of race, class and gender, and reflecting and reinforcing existing power relations. From November […]