The village of Qaryout and the surrounding villages in the Nablus Governorate has been occupied for more than 17.412 days.

On the hilltops in this area, which marks the connection between the northern and the central West Bank, there are a number of Zionist semi-military settlements: Six in all and the seventh in planning. It seems that Israel plans to cut through the remaining Palestinian territories, from the Green Line to the Jordan river, exactly in this area. At the center of these semi-military settlements is Ariel settlement, which is to be turned into a huge urban conglomerate with housing, industries, university, and public infrastructures.
Just recently, the Occupation authorities have given 29 Palestinian households in the region a notice that their houses shall be demolished.

One farmer we visited told us the settlers had put up a fence close to his house stealing all his land. When he saw this, he started his tractor and tore down the fence under threats of being shot. He is still alive and has with this action been able to hold on to this part of his land, but not to the part where the colonists build their houses. Quaryut used to have 2200 dunums of land. Todat, the villagers have all together not more than 366 dunums left. 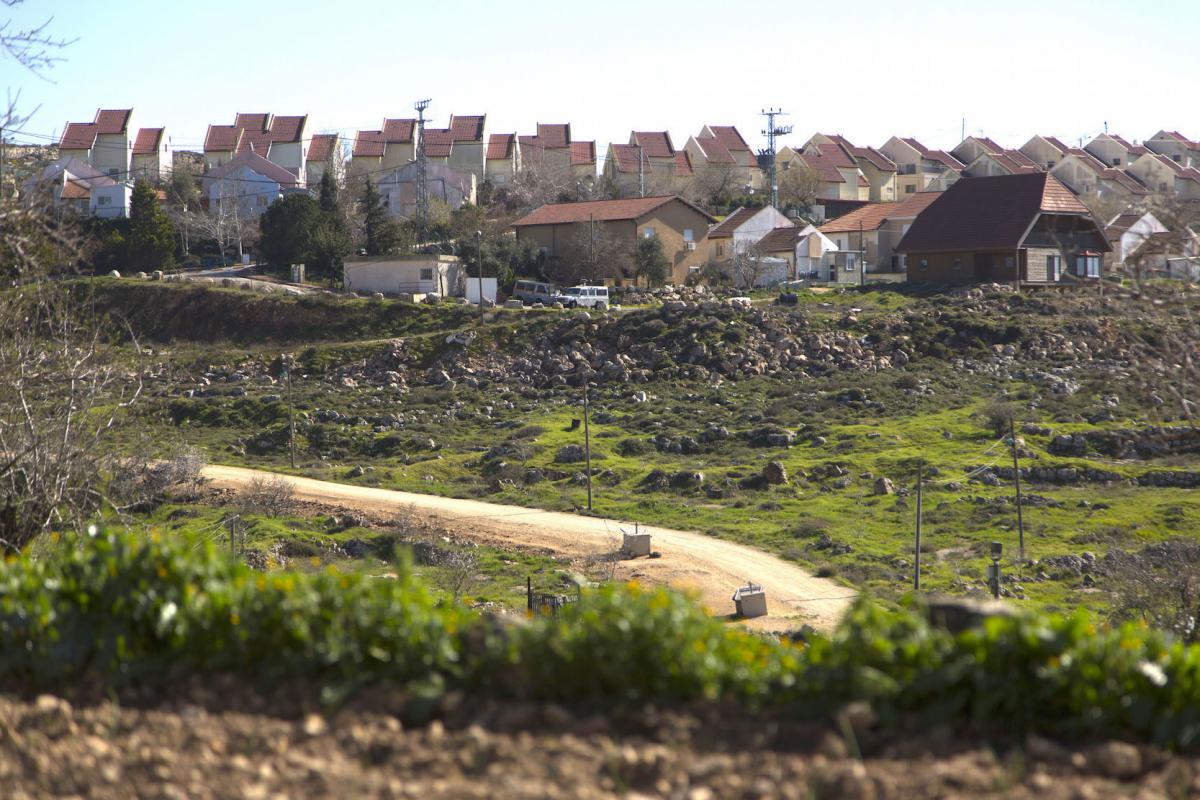 The colonists know what they are doing is a crime and that they have to protect their crimes. Therefore, they have dogs watching every 50 meters along the road, fences and a lot of cameras, and of course their weapons and soldiers. 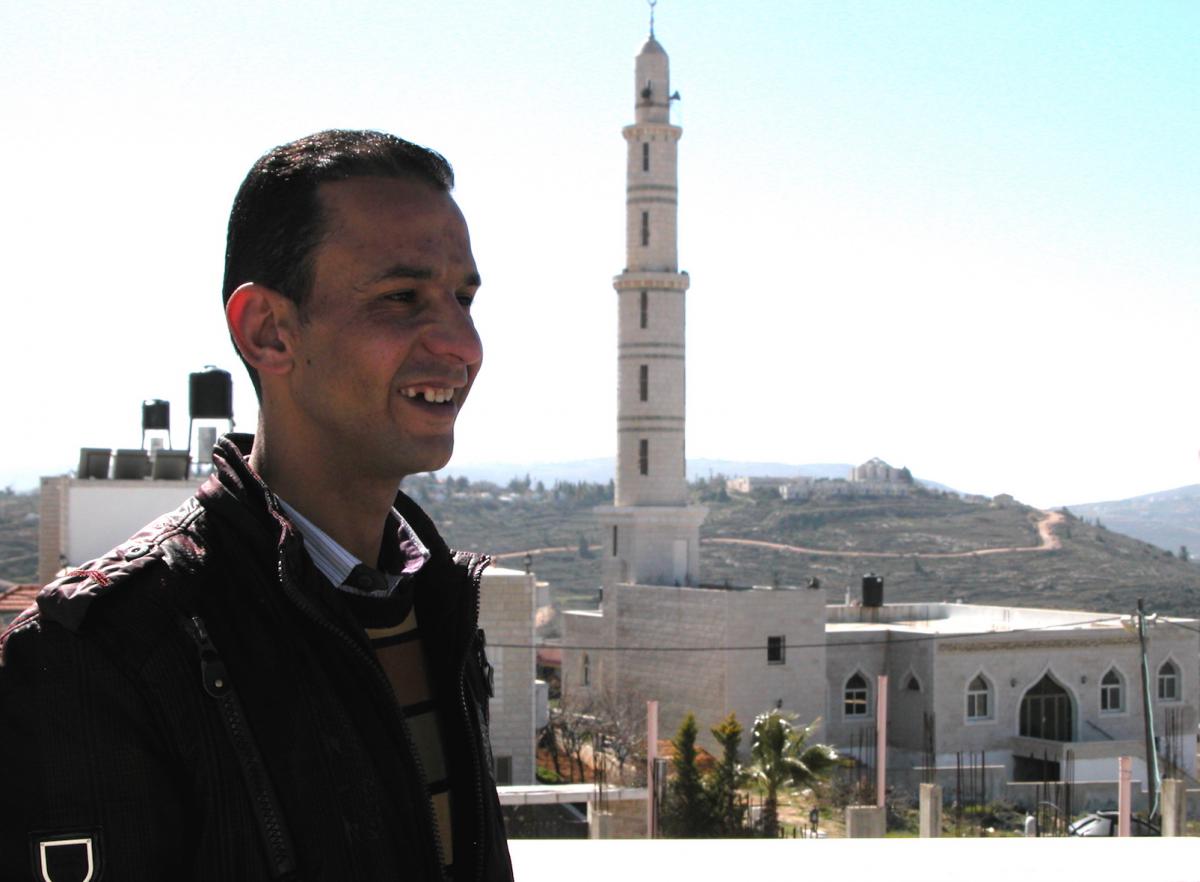 The settlers are very aggressive and often attack the Palestinian villages. 16 youth in Quaryut have already been arrested, and we met one of them, Bashar, who just had left the hospital 5 days ago, after have been seriously beaten by colonists.

In the nearby village Jalud we talked to the farmer Kemal Farhar Abbed. His house has been under attack from colonists several times. They even threw molotov-cocktails at his house when the family, with many children, was asleep. He also showed us bullet holes in the walls of home. Now the family has covered all the windows. For protection they always have one person on night-guard and have stones piled on the roof to try to chase the intruders away. 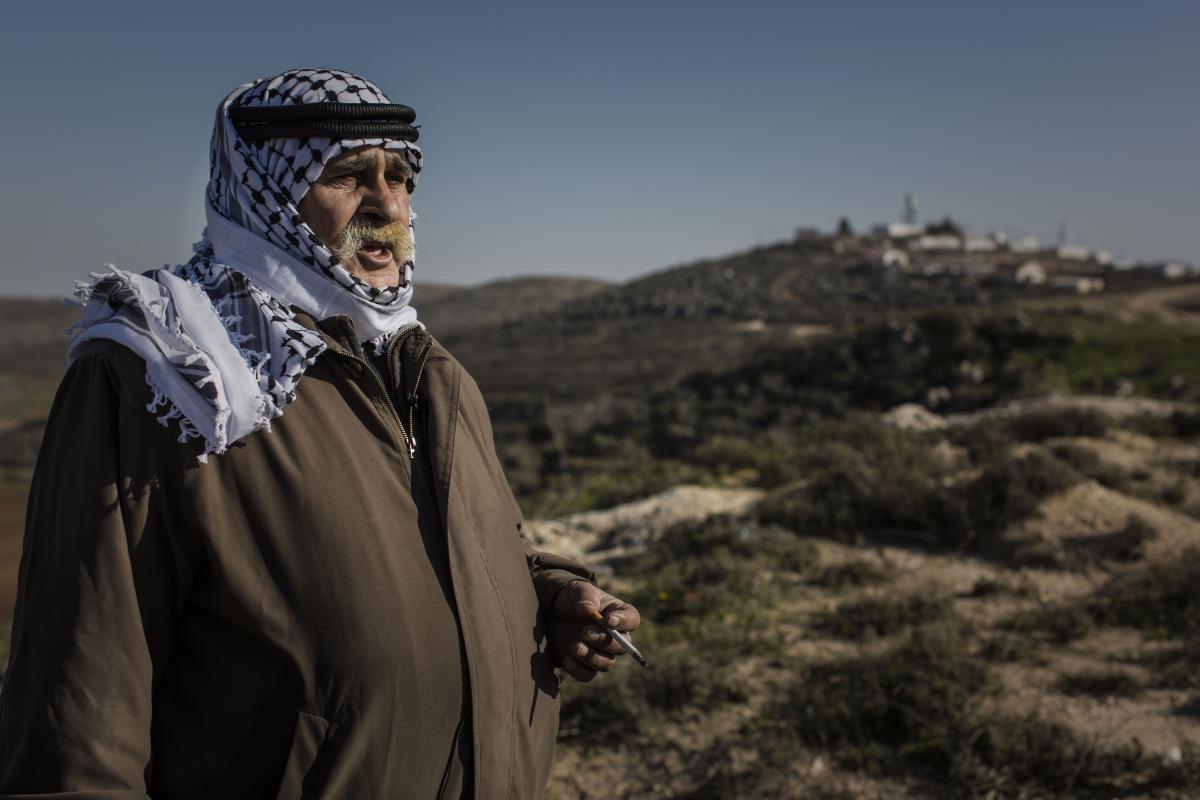 Kamal showed us his land in the distance, and sayd:

"If you want to live here, you need to forget about fear. The settlers broke my car, the windows and the door of my house. Now my house looks like a prison. That is because I need to protect my family from the settlers. They want me to leave my land."

Standing up against Israel's attacks

This is not unique, but happens all over the remaining Palestinian territories. Palestinians are continuously suffering a myriad of attacks carried out by the military, the administrative authorities and Israeli and international business against all aspects of their lives: their rights to life, land, housing, natural resources, freedom of speech, organizing and movement are targeted every day. They have little to defend themselves but their steadfastness.

Warm Welcome To A Hero

All the neighborhood are present. The street is embellished with flags and banners. Family, friends, and neighbors are gathered. They are waiting for a hero.  Watch the video   Food is being prepared. Drums sounds between the stone walls and can be heard from a long distance. More people gathers in the street. 23 years old […]

For Resistance, Dignity, and a Better Life Trade Unions are an important part of the civil resistance against the Israeli occupation of Palestine and international solidarity is a crucial part of it.  Israeli control Palestine suffers from Israeli restrictions on production, transport, and export and unemployment is a major problem.   Textile workers in a […]

How To Feel Closer To Your Land