For Resistance, Dignity, and a Better Life

Trade Unions are an important part of the civil resistance against the Israeli occupation of Palestine and international solidarity is a crucial part of it.

Palestine suffers from Israeli restrictions on production, transport, and export and unemployment is a major problem. 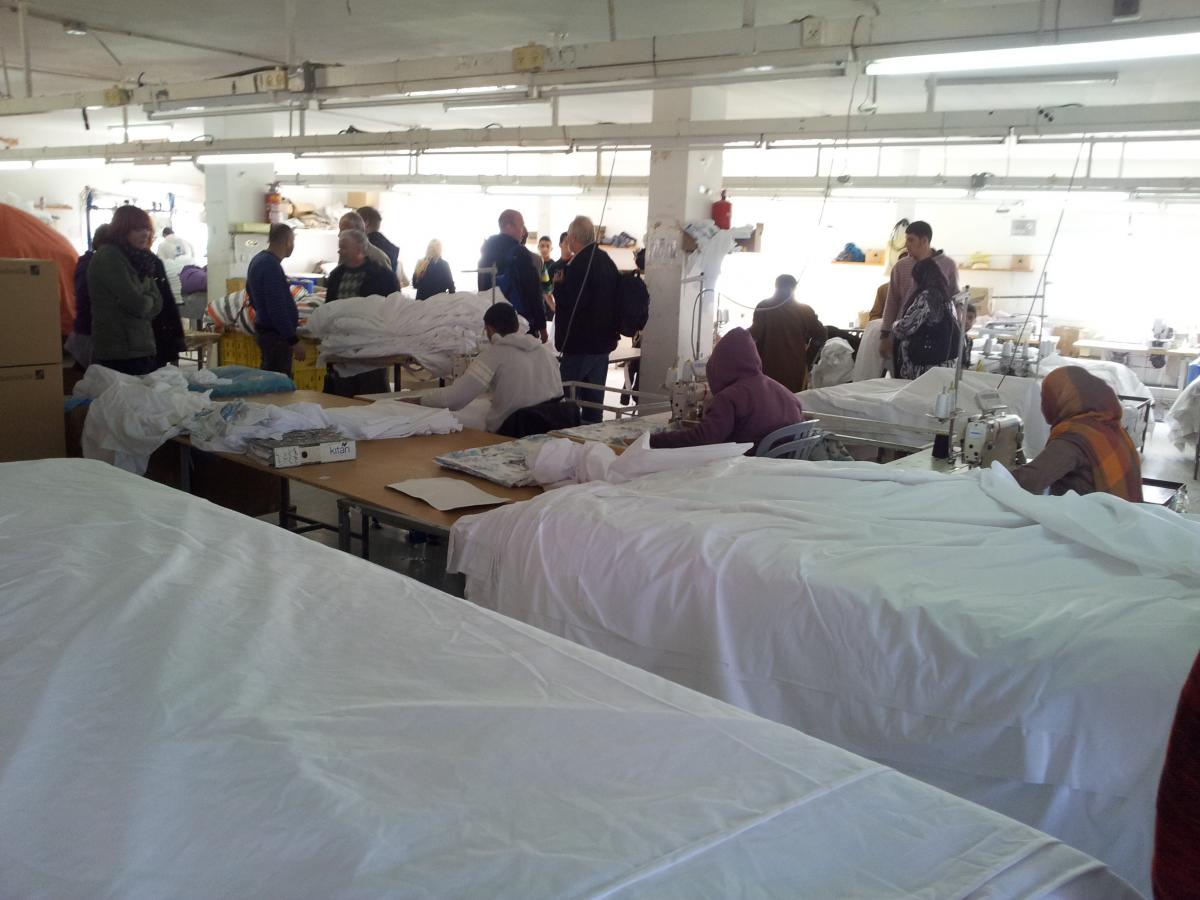 Textile workers in a Palestinian business

Confiscation of houses and land threatens not only food production but as well employment in the rural areas. Therefore, many villagers are forced to move from their farming communities to the Palestinian cities in order to try to find jobs.


No rights in Israel

Still, in order to have an income, many are forced to work in settlements or for Israeli employers across the Green Line, which defines the borders of the Palestinian territories occupied in 1967.

Palestinian workers employed there by Israeli business or in the illegal settlements earn much less than the Israeli workers and are given no proper contracts or rights under Israeli labour laws. They have to travel for hours and pass degrading control barriers staffed by heavy armed Israeli soldiers every day. 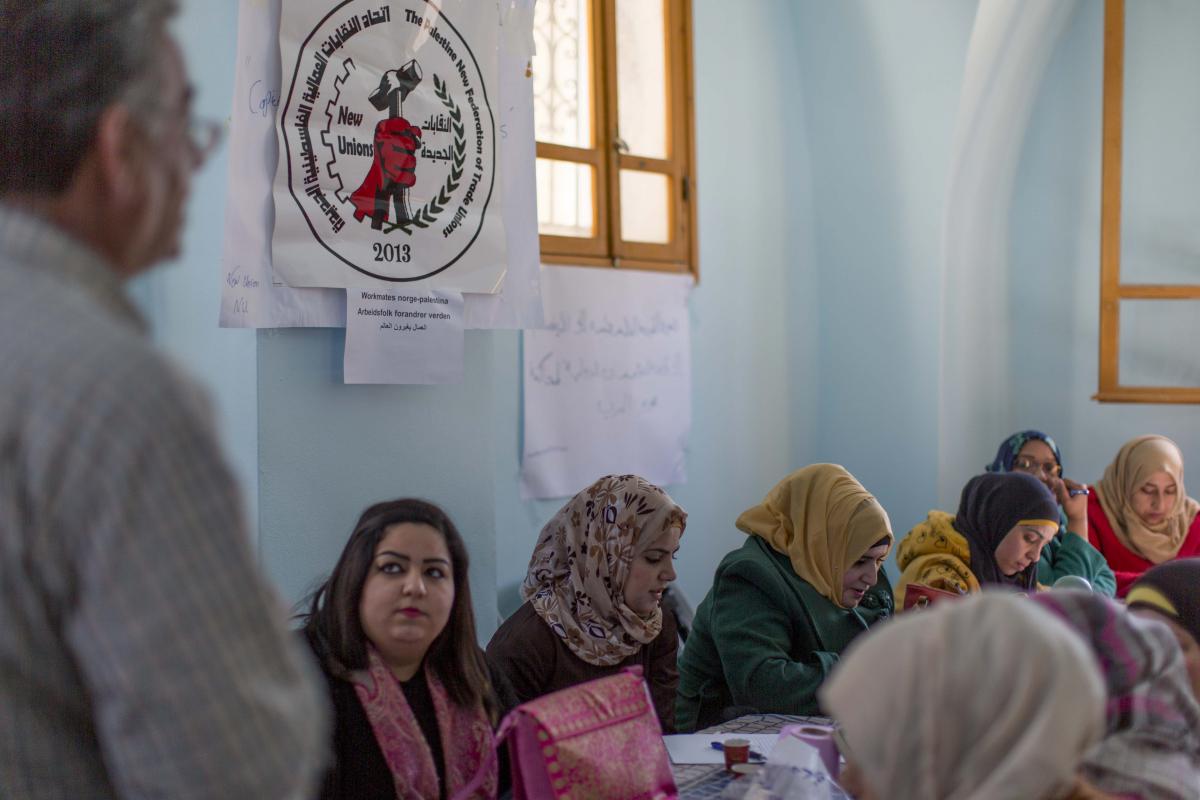 Most of the Palestinian unions suffer from attempts by the Palestinian Authorities to exert control over the trade unions. They are part of or have close ties to the authorities, political organizations, and parties, but there are some independent unions.

One of them is «The Palestine New Federation of Trade Unions», or «New Unions» in short, that has affiliates and members from most of the professions throughout the West Bank and Gaza. 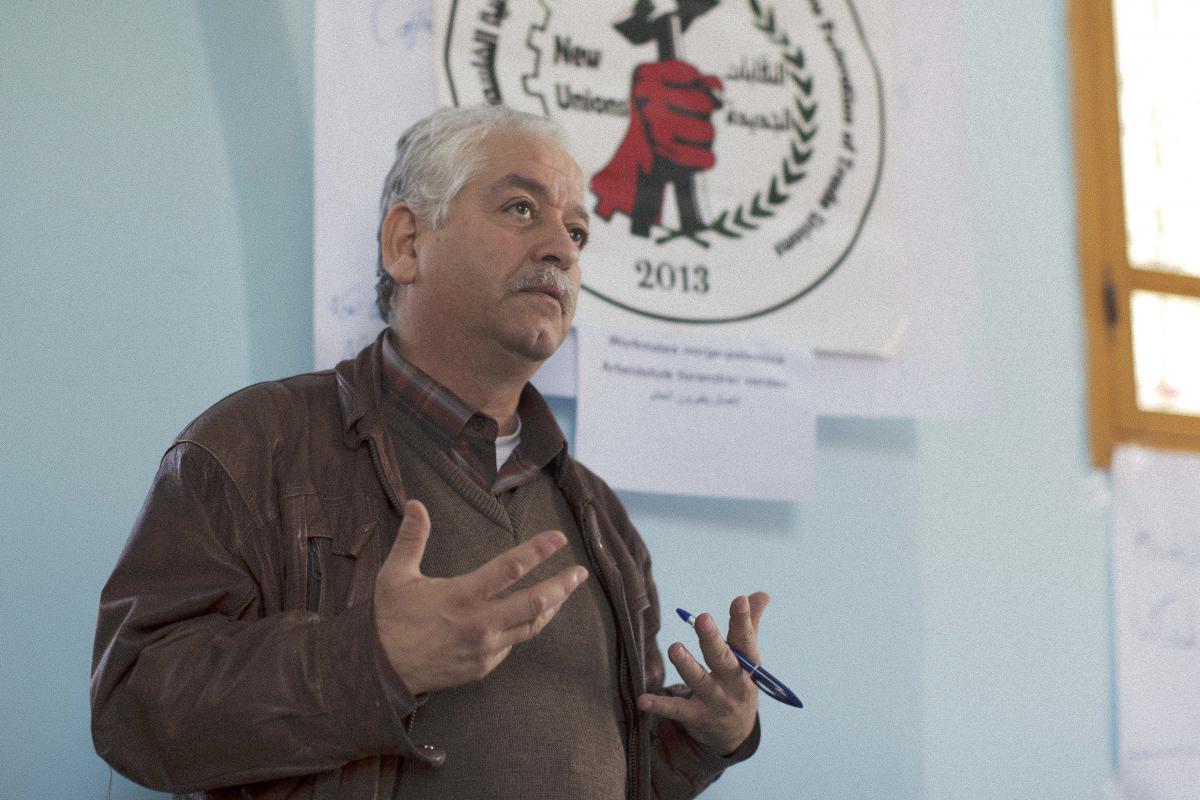 It is a relatively new federation, but fast growing. It emphasizes democracy, training of workers' representatives, high level of member activity, strict rules against corruption, and work for better labour and wage conditions. A Norwegian solidarity group of trade unionists currently funds basic training courses for the New Unions and a member of the group, comments:

“Visiting the New Unions in various areas and assisting their training courses, I have seen that the New Unions and it´s leaders are met with great respect from the workers everywhere.” 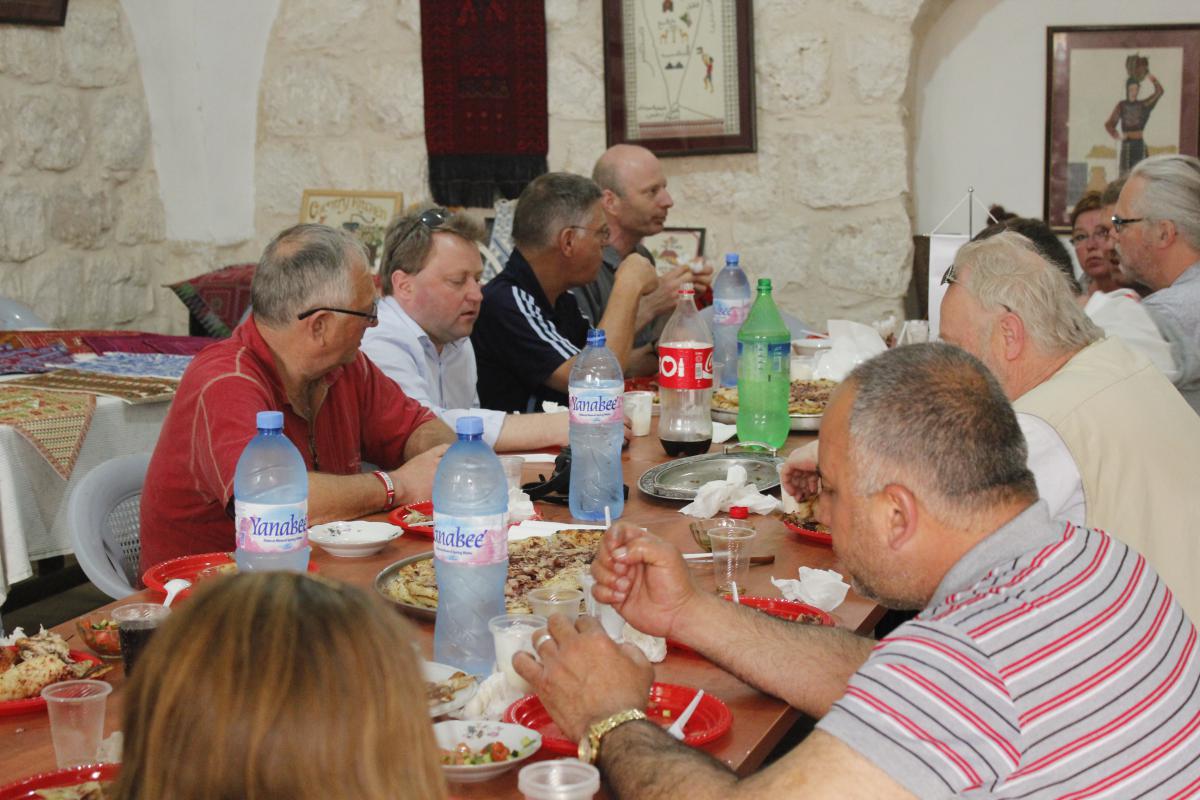 In its program New Unions says it shall: 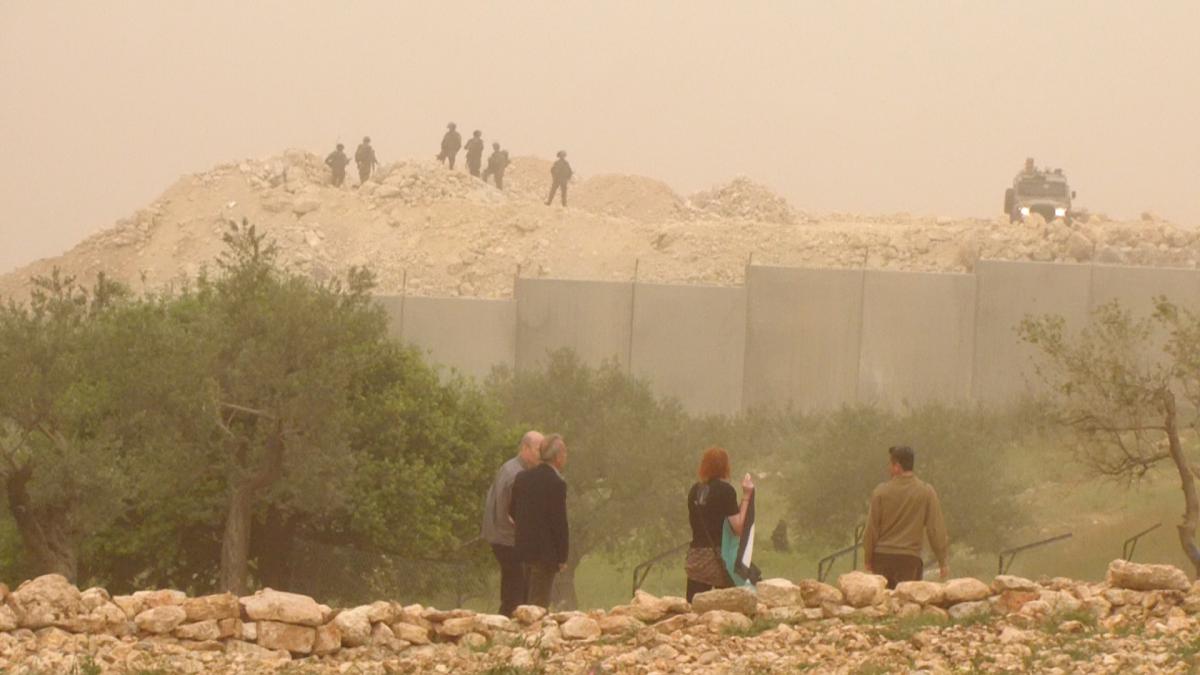 The representative of the Norwegian group concludes that:

“In the spirit of real international solidarity and to be a part of the resistance against the inhuman occupation of Palestine, contact with, mutual visits, and friendship ties between unions can be an important contribution to a better world and a step forward towards freedom for Palestine.”

Spread the word – to your union and organizations
– and post it on social media.
To discuss types of cooperation and mutual projects with the New Unions, please mail to: hanansalman1234@gmail.com.
To contact the Norwegian trade unionists solidarity group «Workmates Norge Palestina» for information and their experiences, please mail to: kjer-n@online.no.

Warm Welcome To A Hero

All the neighborhood are present. The street is embellished with flags and banners. Family, friends, and neighbors are gathered. They are waiting for a hero.  Watch the video   Food is being prepared. Drums sounds between the stone walls and can be heard from a long distance. More people gathers in the street. 23 years old […]

The village of Qaryout and the surrounding villages in the Nablus Governorate has been occupied for more than 17.412 days.   On the hilltops in this area, which marks the connection between the northern and the central West Bank, there are a number of Zionist semi-military settlements: Six in all and the seventh in planning. […]

How To Feel Closer To Your Land