While the specter of a Third Intifada keeps rising, the international community concerns and confusion, the number of people killed and injured in the Occupied Territories by Israeli aggressions, escalates with no brakes nor distinctions.

Below are reported the main events occurred during the day of 10th October in West Bank, Gaza Strip, and 1948 Occupied territories.

2.     618 civilians have been wounded and injured in West Bank and Gaza Strip, of whom 586 citizens are from the West Bank; casualties were caused by different means, including: 26 by live ammunition, 148 by rubber-coated metal bullets, 408 due to suffocation gas and 4 assaulted. On the other hand, there have been 32 casualties in the Gaza Strip, 7 with live ammunition, 21 suffocated and 4 assaulted.

3.     4 Journalist have been injured with rubber coated metal bullets: the rise of Israeli attacks on the Palestinian press has focused in particular on those journalists and media crews who operates in the occupied city of Jerusalem during the coverage of settler incursions.  Mona Qawasmi, from Q-Press news center, has been shot with a coated metal bullet in the shoulder during the coverage of the clashes in the Shu’fat refugee camp; the Occupation Forces attacked the press crew of “Palestine today” channel while they were trying to cover the shooting of the martyr Isaac Badran in Jerusalem. Essam Rimawi, an independent photographer has been injured by a coated metal bullet in the leg while he was covering clashes in Bet-el, north of Albeareh. The Israeli forces had also attacked the crew of  “Palestine today”, injuring the broadcast engineer Joudeh Abu Nejmeh by a rubber bullet in the foot while they were covering clashes in Yatta, Hebron.

4.     Persistent raids and mass arrests of young Palestinians are being carried out in various villages and camps. 59 youth arrested just last night.

5.     Continuing confrontations with the occupation forces starting in the afternoon and lasting until midnight took place in some 50 sites in the West Bank and Gaza Strip and in 17 sites in 1948 Occupied Palestine. Confrontations included throwing stones and Molotov cocktails, along with the chanting and singing.

6.     Daily clashes with settlers occurs in the axes of the main roads at the entrances to villages near the incident Hagai and Qeryat arba’ in Hebron, Efrat settlement south of Bethlehem.

Today 10th October, the clashes in 1948 Occupied Palestine had been called in participation to the “Day of Popular Anger”, which was launched in all provinces of the country and the camps of Lebanon. 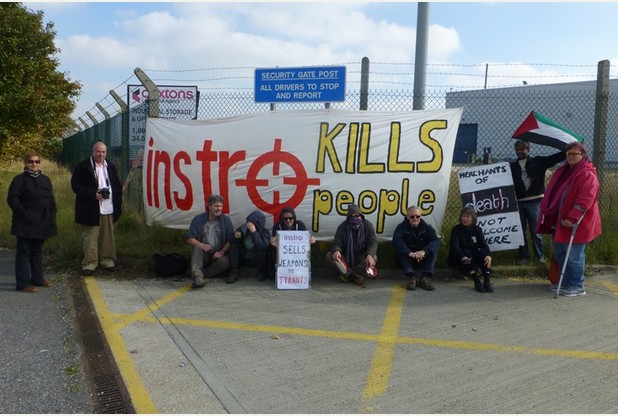 PROTESTERS have staged a demonstration at Manston airport over Broadstairs firm Instro Precision's proposed move to the site. Anti-arms campaigners claim the company is a manufacturer of unmanned drones used in Israel's massacre of Gazans in summer 2014. Continue reading! 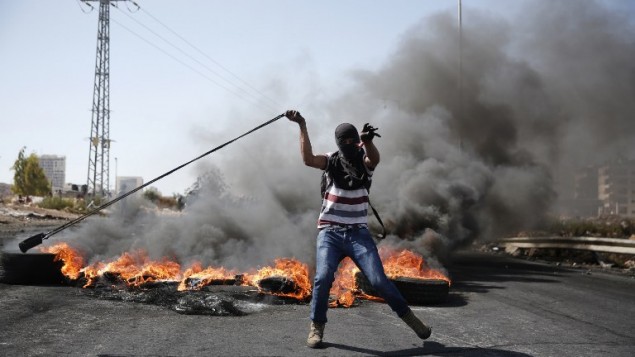 News Bulletin: 9th October 2015 The demonstrations and protests have been spreading all over historic Palestine. They have intensified in the Palestinian cities across the Green Line and protests in Gaza have cost six lives in one day only. The revolt is continuing as settlers have attacked Palestinians, especially in the Old City and Salfit […] 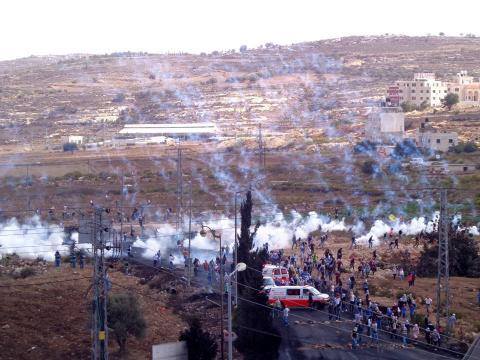 The daily news reports continue. Below you can find a summary of what went on during last Thursday 8th of October. Our corrispondent present in the Occupied Territories due to an electricity cut and poor internet connection, only managed to update us today. A brief bulletin of the multiple clashes and their consequences can be […]