Palestinians all across their historic homeland observed a day of general strike in mourning of the 62 killed and over 2700 maimed and injured on May 14 in Gaza and of 70 years of ongoing Nakba, the ongoing ethnic cleansing, dispossession and repression of the Palestinian people by Israel’s apartheid regime. At the same time dozens of protests were held in all major Palestinian cities.

Palestinians in Gaza held mass funerals across the besieged Strip, while snipers were still stationed around Gaza. Hospitals are at a breaking point attempting to treat the injured.

In the meanwhile, in Ramallah thousands of Palestinians marched on Monday, from Clock Square in the center of town and headed towards Qalandia military checkpoint, which isolates the rest of the West Bank from Jerusalem. Protestors were carrying Palestinians flags, carrying signs and banners demanding their rights to self-determination and freedom but above all their UN-sanctioned Right of the Palestinian refugees to  return to their homes. The majority of the Palestinian people are refugees, many still living in refugee campaign in the occupied West Bank and the Gaza Strip. 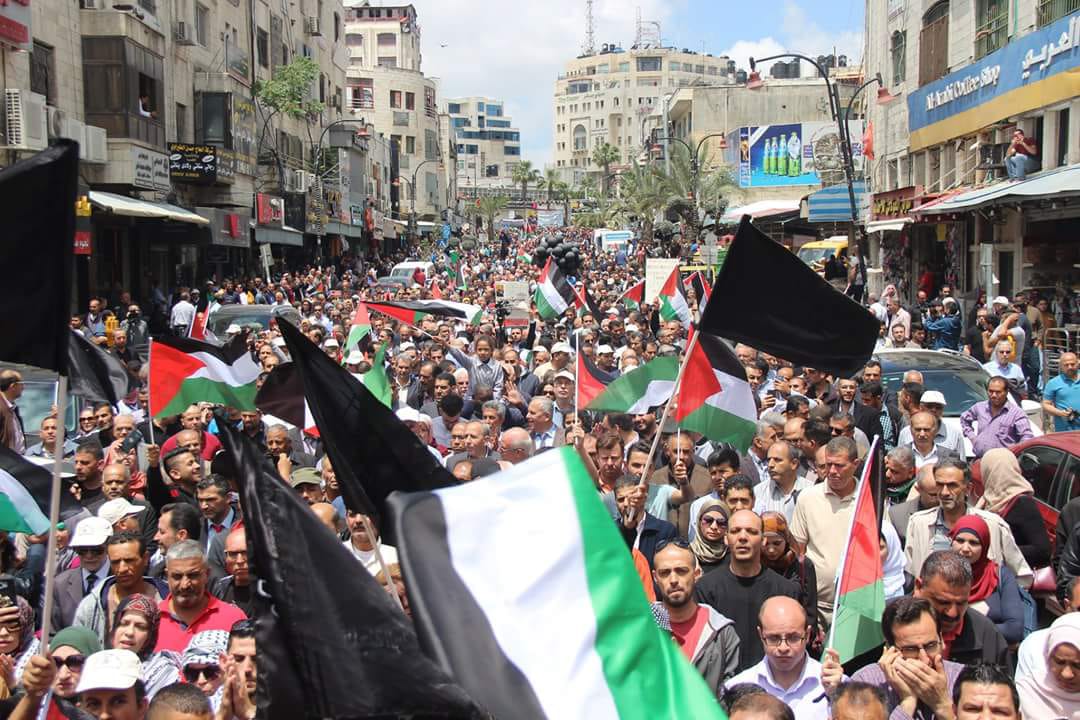 The protest denounced as well the US seemingly unconditional support to Israeli crimes, best symbolised by the US relocation of its embassy to Jerusalem the day before the May 15, Nakba Day.

Still in Ramallah, other protests and clashes took place in al Bireh, close to the military checkpoint and the Ofar prison. Israeli military used tear gas and rubber bullets to repress the protest. 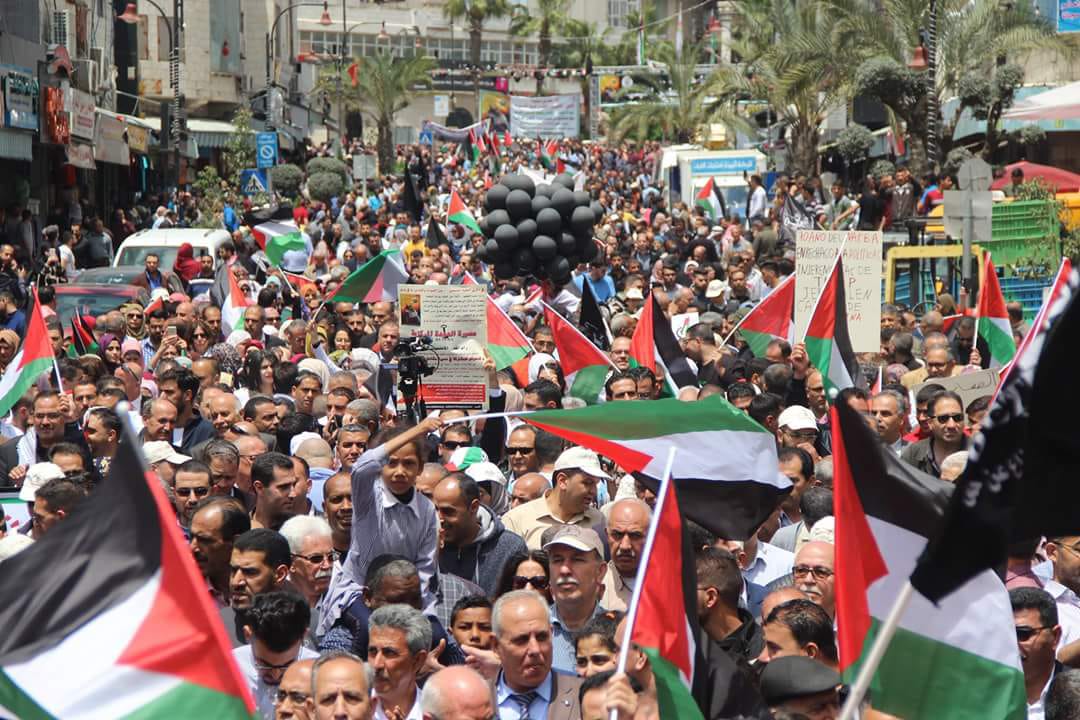 In Nablus mass protests have been repressed with brutal violence. Two Palestinians have been injured by live fire while 71 where injured with rubber-coated steel bullets. Hundreds of protestors organised a demonstration close to Huwwara military checkpoint. In Burqa village, north of Nablus a protest was organised at the places where settlers had cut down Palestinian olive trees. Many Palestinians then gathered in the area, before the soldiers invaded it and fired several live rounds and gas bombs at them.Other protests were held in Beita village, Azmout. Best Furik and Deir Sharaf – all in Nablus district 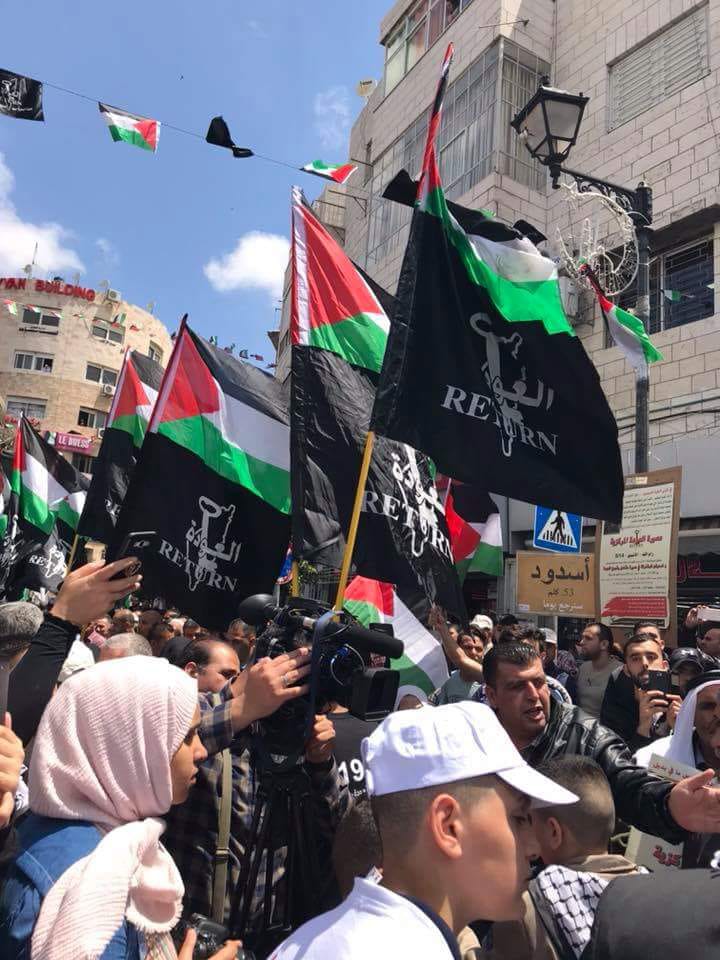 In Budrus, Ramallah district, a symbolic Right to Return camp had been installed and a protest held there was violated repressed by Israeli military.

At the military checkpoint that isolates Bethlehem and the southern West Bank from Jerusalem,13 people where injured when Israeli military attacked the Nakba protest there with live fire, rubber-coated steel bullets and tear gas. 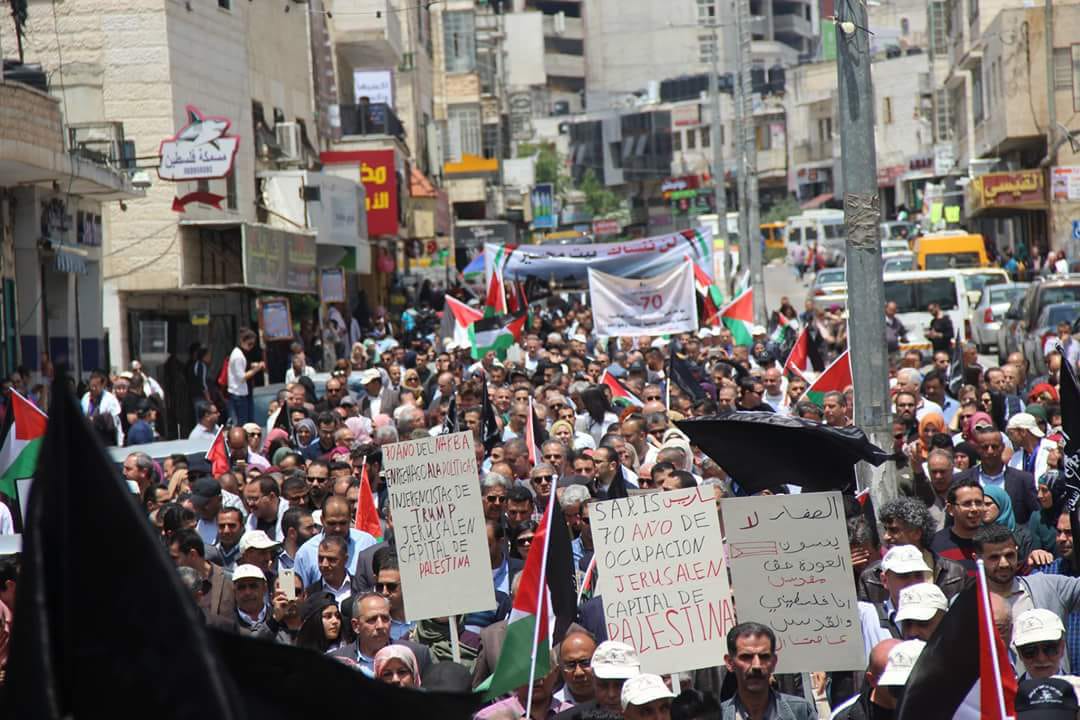 Similar scenes took place in Hebron where the Nakba protest held in the city center was attacked by military shooting live and rubber bullets, sound bombs and tear gas canisters at protesters. Two protestors were hit with live fire, one in the abdomen and one in the leg.

In al Fawwar refugee camp, mobilisation and protests started already late Monday night as the news of the carnage in Gaza came in. Israeli military repressed the protest and invaded the camp. They broke into many homes, took people in for interrogation and created havoc in the refugee camp.

All together, the Israeli army detained at least 38 Palestinians during overnight raids in the West Bank and protests in East Jerusalem, the Palestinian Prisoner’s Society (PPS) said on Tuesday. Twenty of them in occupied East Jerusalem. 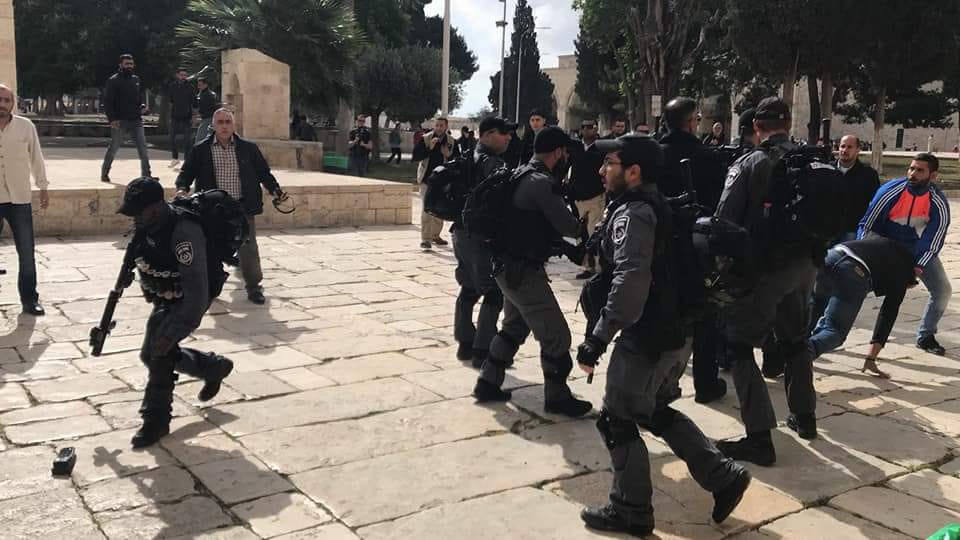 Inside the Green Line, the Higher Follow-Up Committee for the Arab Community in Israel has called as well for a day of strike to commemorate the Nakba and mourn those killed in Gaza. In Umm al-Fahm, hundreds of Palestinian citizens of Israel marched alongside Arab members of Knesset. 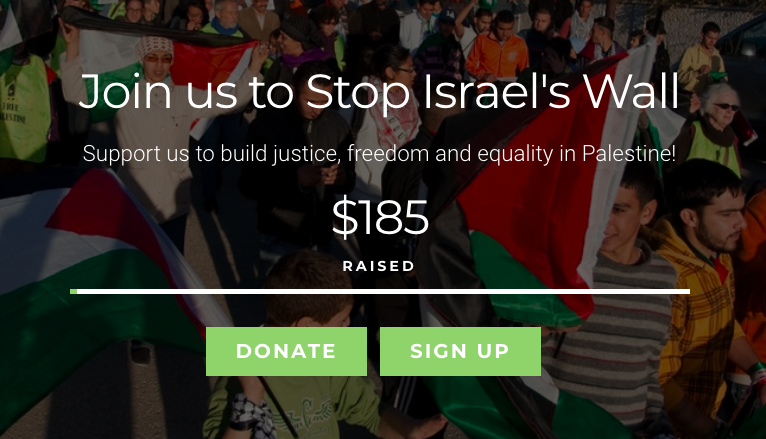 The last weeks have demonstrated not only Israeli inhuman brutality as it perpetuates its regime of occupation and apartheid. They have shown that Palestinian collective, non-violent resistance is becoming the weak spot for Israeli occupation. Be part of this movement and send today a message that the world cares. YOU CAN MAKE A DIFFERENCE! We are […]

Tana - steadfastness and solidarity against the ongoing Nakba

The Palestinian community of Tana has resorted since 2017 to live in the caves in the area after their homes have been demolished over a dozen times by Israeli military. Now, Stop the Wall and partners have joined the community to transform the caves into spaces of resistance and dignified existence to allow the families […] 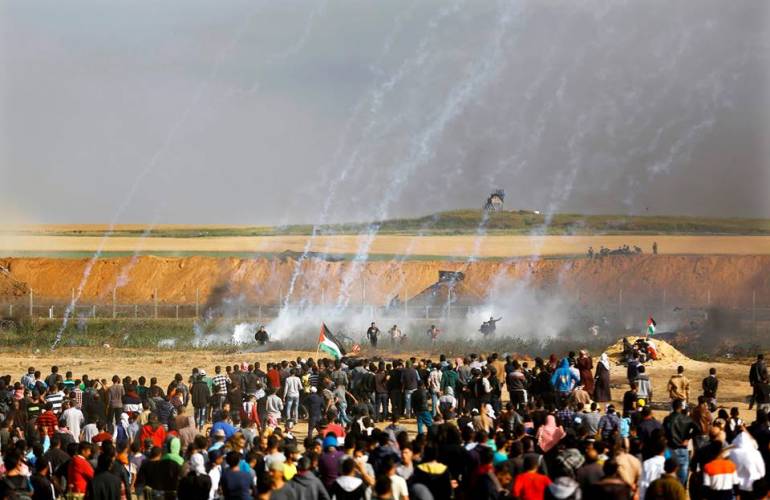 #GreatReturnMarch - Palestinian protests in Gaza, West Bank and inside the Green Line

On the fourth Friday of the #GreatReturnMarch Israel continues its criminal shoot-to-kill-and-maim policy towards the over 10 thousand Palestinians in protest inside the occupied and besieged Gaza Strip. Some 30 protests where also held in the occupied West Bank. Inside the Green Line, a mass demonstration denounced that “Your Independence is Our Nakba (‘catastrophe’ in […]