Palestinian grassroots movements organized the first bloackade of the newly opened apartheid road, east of Jerusalem. On January 23, activists blockaded the entrance gates to the 5km stretch of road, walled-off in the middle to segregate Palestinians.

Road 4370 opened a few weeks ago and is part of a much wider project of segregation that finalizes the infrastructure Israel is building to enclose Palestinians in small, isolated Bantustans. The backbone of this project are the 800km of apartheid Wall Israel started building in 2002. In recent years, this has been complemented by a road infrastructure project to ensure Israeli settlers can drive freely around these walls and ghettos while Palestinians are either stuck in their communities, displaced or, where necessary, funneled through tunnels below the settler roads. This walled-off road, that cost some NIS 30 million (about $8.1 million) adds a new architectural dimension to the same project. 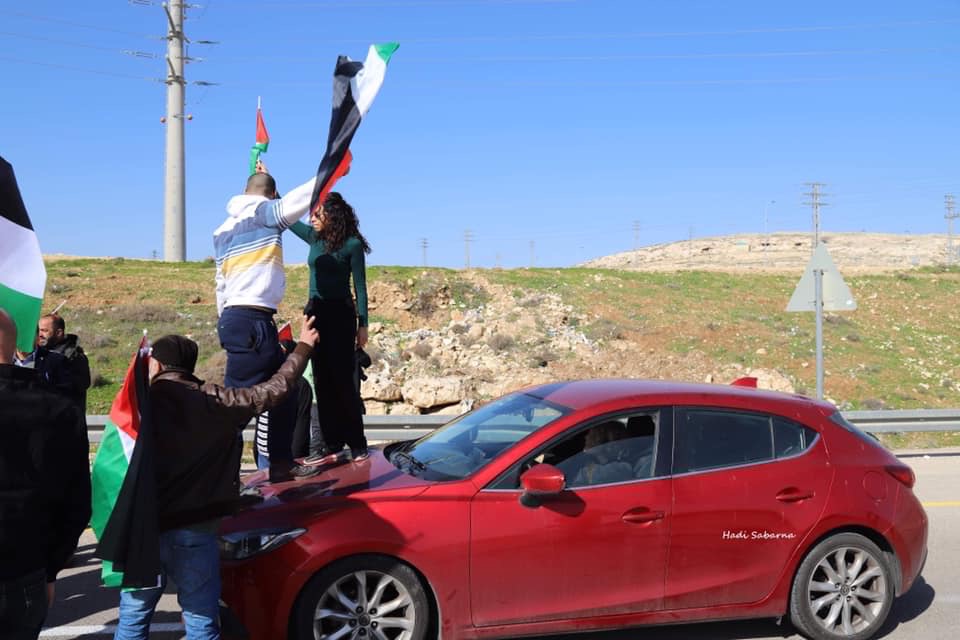 Activists that have temporarily stopped access to the road in protest of the project and Israeli apartheid, have held up banners and shouted slogans. Two activists have been arrested and four injured.

“Israel proves with this road once again that it is a regime of apartheid and what it does, develops and exports is apartheid. This road is the logical continuation of Israel’s project of the apartheid Wall. It is the totality of the Wall and its associated regime of roads, settlements, closed zones that constitute the borders of our Bantustans.” 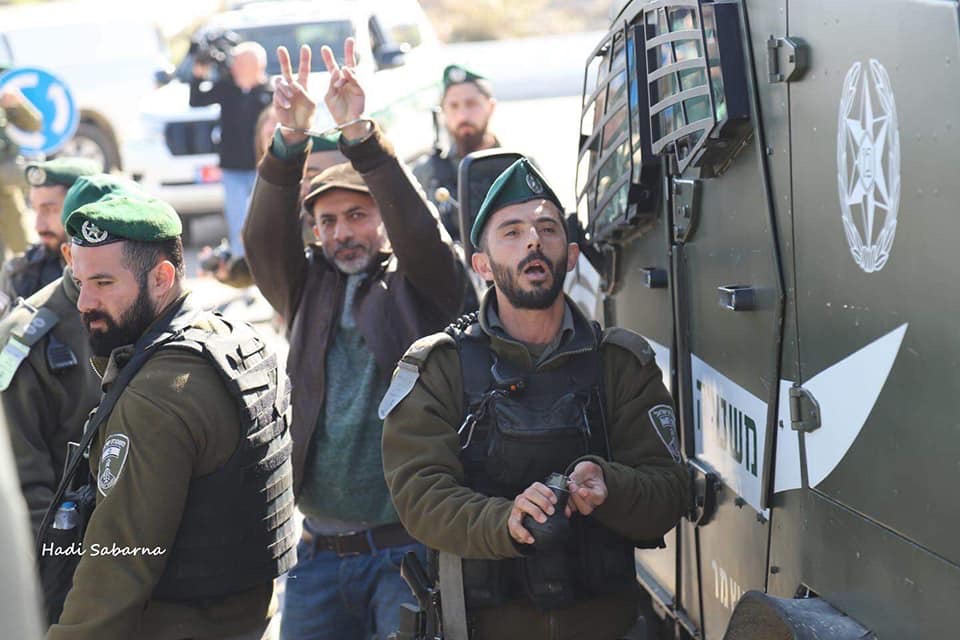 As a result, the entire area east of Jerusalem – the so-called E1 area – would be connected isolated from the road network Palestinians are allowed to use and integrated into a free way system for Israeli settlers. This further drives the ethnic cleansing of the Bedouin communities, including Khan al Ahmar, in the area. Further demolition orders have already been handed over to Anata, along the apartheid road. 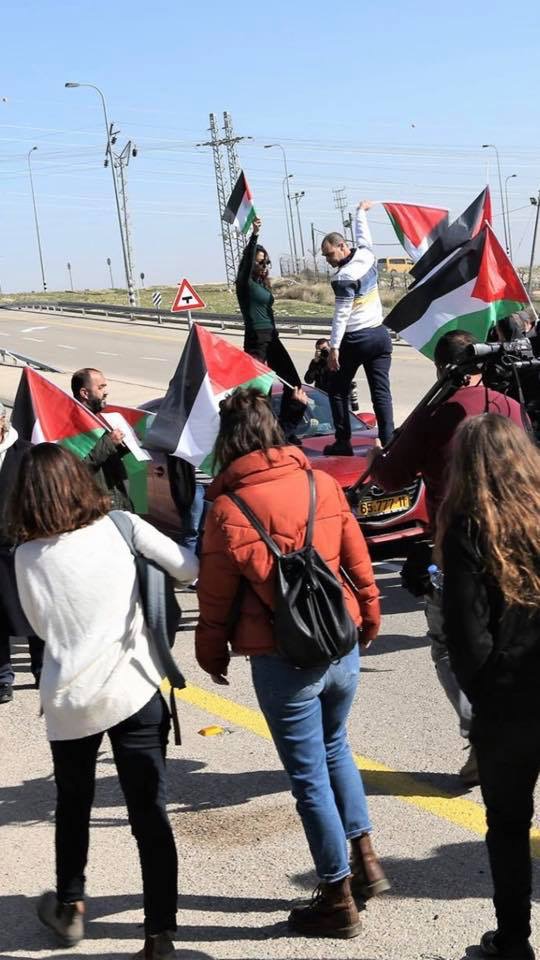