On Friday, July 27, in Rio de Janeiro, a full day of initiatives against militarism in Latin America is being organized under the title “United Struggles Against Militarization, from Latin America to Palestine”.

The day starts with a Public Hearing, which will include four panels with interventions from human rights organizations, social and anti-militarist movements, Palestine, the Mapuche community, Afro-descendants, indigenous people, peasants and women. Organizations from Argentina, Bolivia, Brazil, Chile, Colombia, Honduras, India, Israel, Mexico, Peru, South Africa and Uruguay are participating.
At the Public Hearing we will denounce the export to Latin America and the world of the Israel’s military model developed and used against the Palestinian people to Latin America and the world. We will present a report on Latin American purchases of Israeli weapons and military technology and the training of repressive forces by Israel in Latin America over the last 40 years. It details military relations with different dictatorships and how Israeli technology and methodology are used today for the persecution and repression of social movements in Latin America. In this context, the increase of the Israeli military and security commerce in the region is denounced.
The activity will end with a demonstration against Militarization and Racism in the World at 5:00 p.m. Following this, we will give a tribute to Marielle Franco, Eleine Freitas and Vera Lúcia. Three Brazilian women that have been assassinated fighting against militarism and racism. 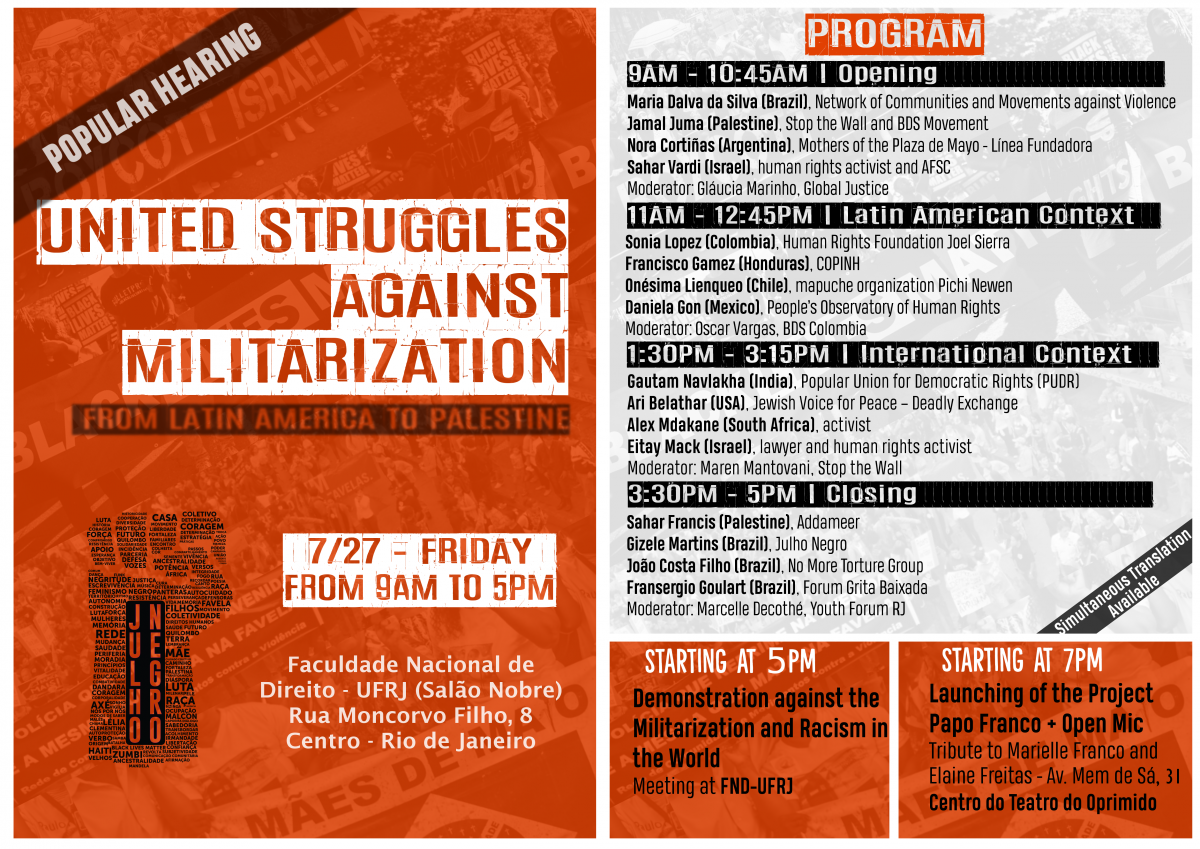 The various groups forming the BDS (Boycott, Divestment and Sanctions) movement in Latin America will participate in the activities, where the victories of the most important boycott campaigns in the last year will be presented. Among them, the #ArgentinaNoVayas campaign, the call on the Argentinean male football team not to play in Israel that went global.
The activities will be developed within the framework of the third Black July, a project organized by various organizations of relatives of victims of police violence, groups of favelas and human rights organizations. The initiative fights and denounces violence against the black and favela community.
With the ongoing military intervention in the city, the militarization of Rio de Janeiro increased and now various state agencies of the Rio de Janeiro state became by law directly dependent from the military.
From the Rio Grande to Tierra del Fuego, we unite in the fight against militarization and for a military embargo against Israel. 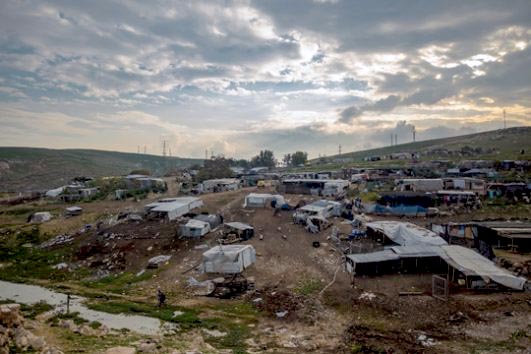 Until July 17: build pressure to Save Khan al Ahmar!

On Monday, the Israeli High Court issued a decision to delay the demolition of Khan Al-Ahmar, the Palestinian Bedouin Community East of Jerusalem until July 17. Palestinian lawyers representing the residents of Khan al-Ahmar village in the West Bank filed a petition last week, claiming that no eviction orders had been given to the residents. […]

The community of Khan al Ahmar and the popular resistance in Palestine has won a small but significant battle against Israeli ethnic cleansing. The occupation forces have to stop their onslaught until July 11. Your action is crucial now!  Under international pressure and in front of strong Palestinian popular resistance on the ground, yesterday night […]

Act Now - It’s not too late: Save Khan el Ahmar!